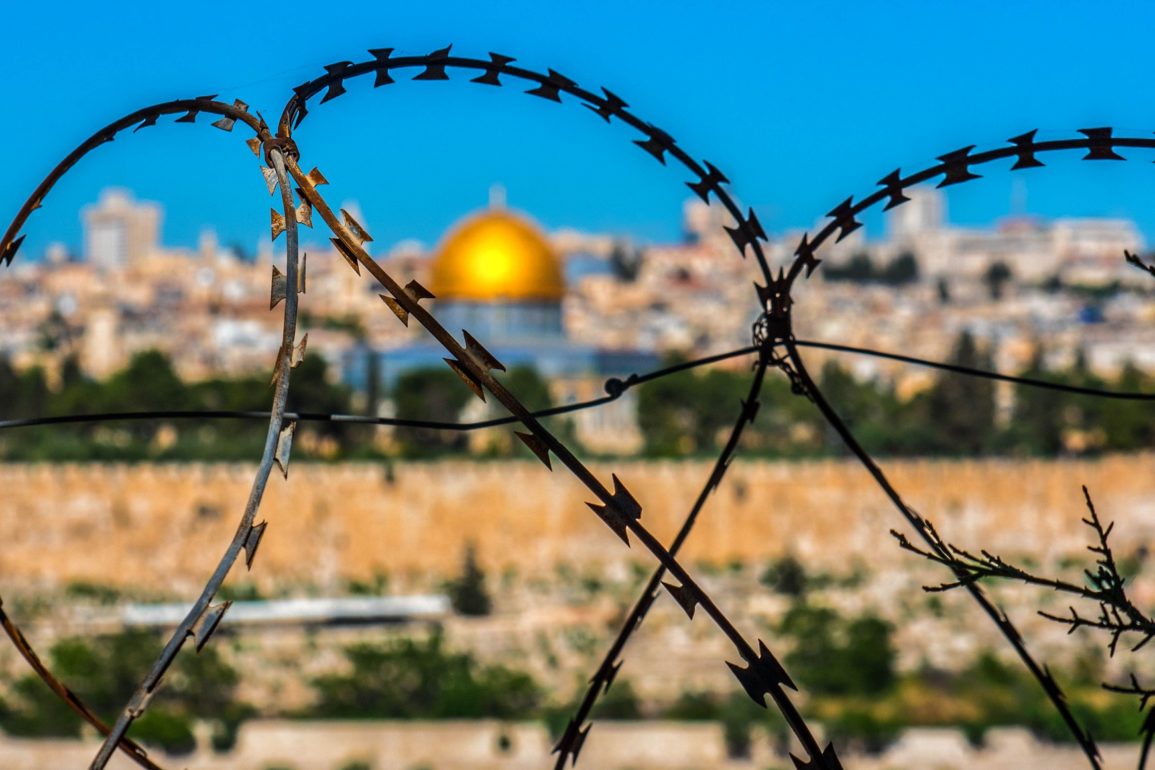 Giving Up On Next Year In Jerusalem

As a little girl growing up in a conservative Christian town, the whole idea of Judaism was blurry to me.  Were we Jewish because we didn’t eat on Yom Kippur? Because we were the only ones who didn’t get Christmas presents?  Or was it because we packed matzah and cream cheese sandwiches for school lunches in the spring?

While the practicalities of Judaism weren’t exactly clear, what WAS clear was that being Jewish was special. It wasn’t just because my mom told us over and over again that we were God’s chosen people, or that the prayer books we read once a year on the High Holy Days confirmed her declarations.  What made being Jewish special, more than than anything else… was Israel.

Israel was the place of my mother’s childhood, a place with the most succulent tomatoes, the most healing sunshine, and the warmest people.  When my mother spoke of home, her voice would get louder, her eyes brighter. In Israel, she had been the youngest of 7 siblings. The favored child, she was doted on like a fairy tale princess. Each time we went back to visit, she would regain her throne, and I, as her daughter, would share in her glory.

While we were visiting Israel, aunts and uncles would fight over the privilege of hosting us.  Tiny cousins would braid my hair and teach me to curse in Hebrew.  My Saba would hold me in his lap, his heavy hand on my head, his sightless eyes seeking the Divine, his lips flying through words I didn’t understand, as if he were packing a lifetime of blessings into one short visit.

To my mother, America was exile.  A punishment for falling in love with a non-Jew and abandoning her beloved country.  In America, the vegetables had no taste, the sun was pale and ineffective, and the neighbors laughed under their breath at your strange accent.

Each year during Pesach, she’d look right into my eyes with hopefulness and cry out, “Next Year in Jerusalem!”

As the years came and went, it became clear that Jerusalem was not in my mother’s future. Despite her reluctance, she’d grown roots in America. Tiny fragile shoots that twisted around into my father’s native family tree, smoothing out all her sharp ends until they blended into our American story.

But, I had not yet grown roots.  I was only a tiny seedling on that tree. A whirligig that could lift up into the wind and settle across the seas until I found the place that felt most like home.

That place HAD to be Israel.  Nothing else made sense. It was what my mother wanted. It was what I wanted. So, the first chance I got, I set off towards the land of my people to reclaim the throne my mother had abdicated so many years ago.

It felt good being in Israel. Right.  Just as when I was a child, my aunts and uncles fought over who would host me, my cousins taught me the newer, juicier curse words, and I visited my Saba’s grave site to feel his presence.

For almost a year, I studied at Tel Aviv University during the week and traveled the country on the weekends.  I formed deeper bonds with my family, improved my Hebrew, and felt the salty desert air seep into my bones. On Pesach, I was IN Jerusalem, smiling and laughing next to my family… right where I was meant to be.

There were so many things about Israel that were like the stories I grew up with.  Children played outside more, strangers felt like family, and feeling “Jewish” didn’t require prayer books or special foods.  Judaism was in every breath that I took, every word that I uttered.

In Israel, to be Jewish, was just to be.

But there were other things… things that didn’t quite fit into the Israel I’d dreamed of. The tone “helpful” family friends used to warn me to not get too close to Arab students, the look the elderly women on the bus gave to the Filipino passengers, the catch in my cousin’s voice when she talked about her son who was serving in Gaza, the lines around my uncle’s eyes from having to work 60 hour weeks just to manage the high cost of living.

But, I was not yet ready to give up on the Israel of my dreams. When my time to return to the States drew near, I told myself that it was only temporary.  I’d go back to America, finish my degree and return to plant my feet and regrow the roots my mother had broken.

And yet, as I boarded the plane, an unexpected sadness overwhelmed me.  I was leaving. And it didn’t feel temporary.

It wasn’t.  Shortly after I returned to America, I met my husband-to-be, a wonderful, kind, smart man, who isn’t Jewish. As our lives began drawing closer together, our roots intertwining, I felt the joy of new beginnings… but also the sadness of giving up on the dream of my childhood.

In the end, I was never really a whirligig.  I’d spent too long growing on the tree of my parents, too much time feeling American soil to leave forever.  My parents were in America, my brother and sister, and now… the man that I’d fallen in love with.

So, I stayed.  And worked on growing a new tree.  The one of my husband and me and our 3 children, who know far more what it means to be a Jew than I ever did.

Most of the time I’m happy with my choice… but every year, when we raise a glass and toast to “Next Year in Jerusalem,” my voice gets shaky and I can’t meet my mother’s seeking eyes.  Because I know, it just won’t be.