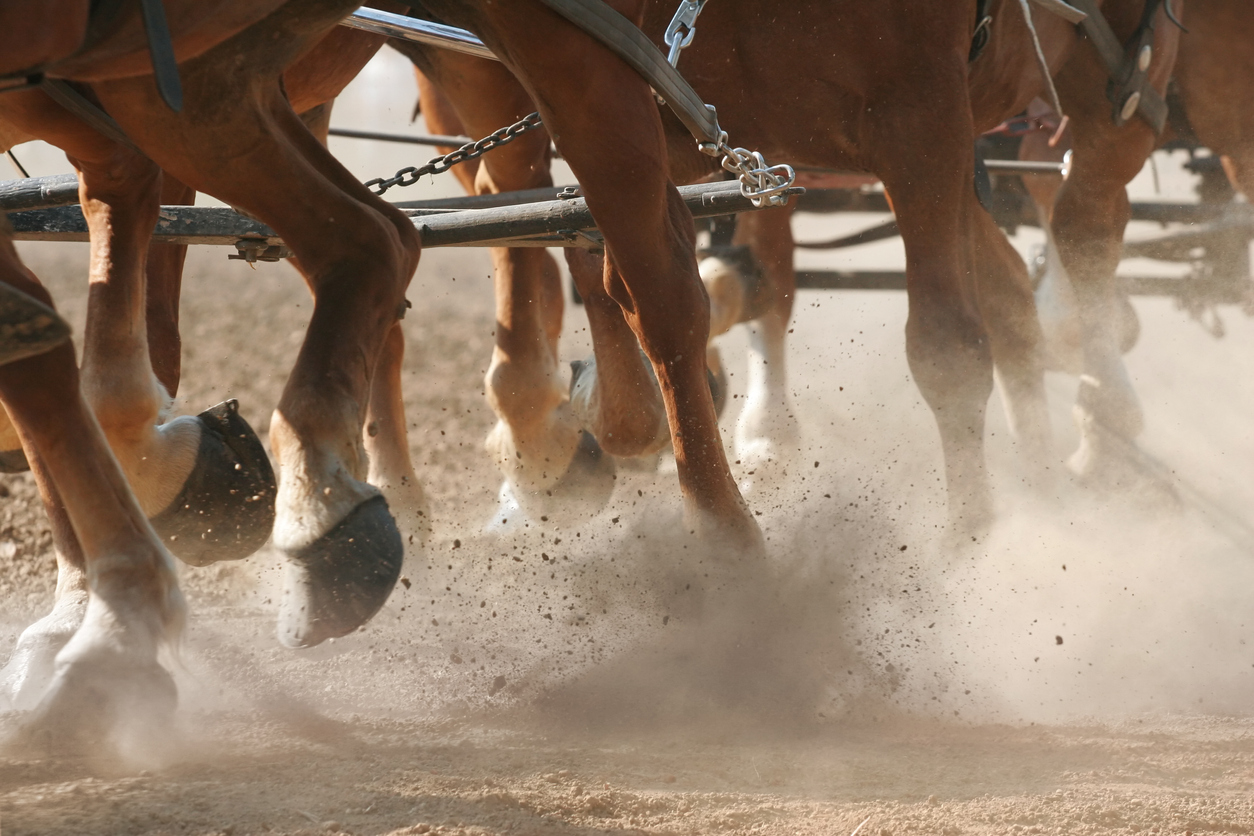 Have you seen the painting of the Baal Shem Tov’s wagon flying over the sky?

Let’s make a contemporary version, my husband and I fantasized as Chai Elul approached.

People didn’t believe us, or they didn’t get it. But that’s OK.

Within an hour of googling, there was a company who had two beautiful horses, a perfect period wagon and a well- trained driver who would transport everything to and from LA for 1k, which was just the amount we had a grant for. The drivers, Jennifer and Mike, say they often do trips to airports, and that being in the city was perfectly legal, as horse drawn carriages have the same moving vehicle rights as cars. We’re like… So we can make some stops around the hood? Jennifer says yes! Great!

With the green light that this could actually happen – we began to elaborate on the concept. Let’s do good deeds with the wagon! Bring meals and bring people together! How will we know what deeds need to be done? Let’s open a hotline!

We were semi-successful in getting across the concept, we got plenty of community hands involved and people were excited for the “horse and buggy” and trying to sign up their kids left and right for this cute event. In my head I’m like YOU GUYS THIS IS NOT A PETTING ZOO this is the BAAL SHEM TOV’S WAGON and we’re going to be click clacking down Pico sending chesed and responding to those that need us and who freaking knows, maybe the horses WILL fly… we’re open to that! But, whatever, they’ll just have to get it when it happens.

Now, I can finally admit that the week before the event I was nervous about a lot of things, but two in particular: legality and safety. Highway patrol told us it should be fine, but could not confirm and told us to call the police. When we called the police department – every officer forwarded us to another officer, not really knowing the exact law here and saying it wasn’t their specialty but this other officer might know. Basically, no one wanted to take responsibility. After 2 hours of this, we called our friend from shul who we remembered is on city council and basically knows all the cops in the hood. He’s like, don’t worry, should be fine – I’ll write you a letter and I have your back.

OK fine, we’re semi-ok on that front – I was more concerned with safety – I mean, horses driving a wagon on these insane streets of Pico carrying kinderlach? The wagon drivers made us sign a liability form and I was just channeling the Besht and having faith we’d figure it out. I mean, we get in cars every day and just because we’re used to it doesn’t make it less dangerous. There’s a lot of drivers out there way less trained than those horses.

So it’s happening. Restaurants are donating meals! Google voice had a number that ended in BESHT. People are texting in with all sorts of things – from wanting to hear the shofar, to wanting a ride, to just have a place to talk anonymously about where they are holding spiritually as Rosh Hoshana is coming up. People are getting in to it! We book a trumpet player and fly him in. We book a photographer…

And it’s show time. People have been texting in to the hotline for requests of sending and receiving meals and we have a whole itinerary.

Mike calls. He said the parking lot we told them to go to is too small. They can’t park in the designated spot because it’s too close to the Lexus. Mike asks Yonatan what the route is and he says something to the effect of, we have a couple of stops we need to make but we’re hoping we can sort of go with the flow. Mike freaks out, offers to refund the deposit and says they can’t do the job.

Next thing we know Mike is puking. He literally THREW UP as he said, “from how dangerous the idea was.” He’s like I’m not doing anything that’s not 100% safe, I don’t want to see one person hurt. And of course, we don’t want that either! So we all go in the car and drive and see if any of the streets are wide and chill enough to go on. They are like we are NOT crossing any of these big streets. Are you crazy that’s SO dangerous!?? And these neighborhood streets are so tiny, one car makes a sudden move and these horses could just go running. No way. Here’s your money back, we’re out of here.

But we’re just like, no. This wagon is not leaving Pico. We decide the show MUST go on even if it’s freaking circles in this damn parking lot. As far as Pico is concerned, that’s what this was all along. It’s only us that will be disappointed. So that’s what we agree on – circles in the parking lot.

When this went from saving the world to a freaking petting zoo, I began to understand why I was craving a contemporary version of this painting.

I have this theory that I take pictures of things when they match how I want my life to look. Baby dressed up for shabbos? Click! Baby in tantrum mode with dinner all over the floor… not so much. A wagon in Pico stood for revealed miracles, for life to feel like a fairy tale.

To be fair, people thought it was really cool. And the kids flipped. Eventually, Jennifer decided to expand and said we could do some city block rounds. And that was truly fun. When we were on the streets – people lost it. There were two reactions – either big smiles and curiosity or drivers who were really agro and tried to pass us. And we’re like HELLLLOOOO there are horses here and Mike was like seeee this is why we couldn’t go on the bigger streets.

On paper, we can call it a success because we delivered on our objectives. The wagon came to Pico. Meals were donated and delivered to people in need (albeit, by car). People came together on the wagon and shared a smile and a story. It jumped people out of their daily routine. It got the community to think a little bit bigger about what their event could be.

For me, the biggest creative takeaway was understanding the reason the Besht’s wagon isn’t in Pico. We are so afraid. Afraid of the law, afraid of other people – their opinions, their driving skills, afraid of the expensive Lexus parked next to us.

In the real Baal Shem Tov stories, he gets the driver drunk so the driver falls asleep. Then the horses take control and start to fly. The chassidim aren’t supposed to face the horses, because they can’t deal with the revealed miracle of the horses flying. It’s too holy and incredible.

Safety and legality weren’t an issue for the Baal Shem Tov. He trusted completely in Hashem – and that’s why he was able to have such wild adventures. When you want safe and legal – you get loops in a parking lot. When you’re ready to risk your life, to completely put your valuables in the hand of Hashem – you get a fairy tale.