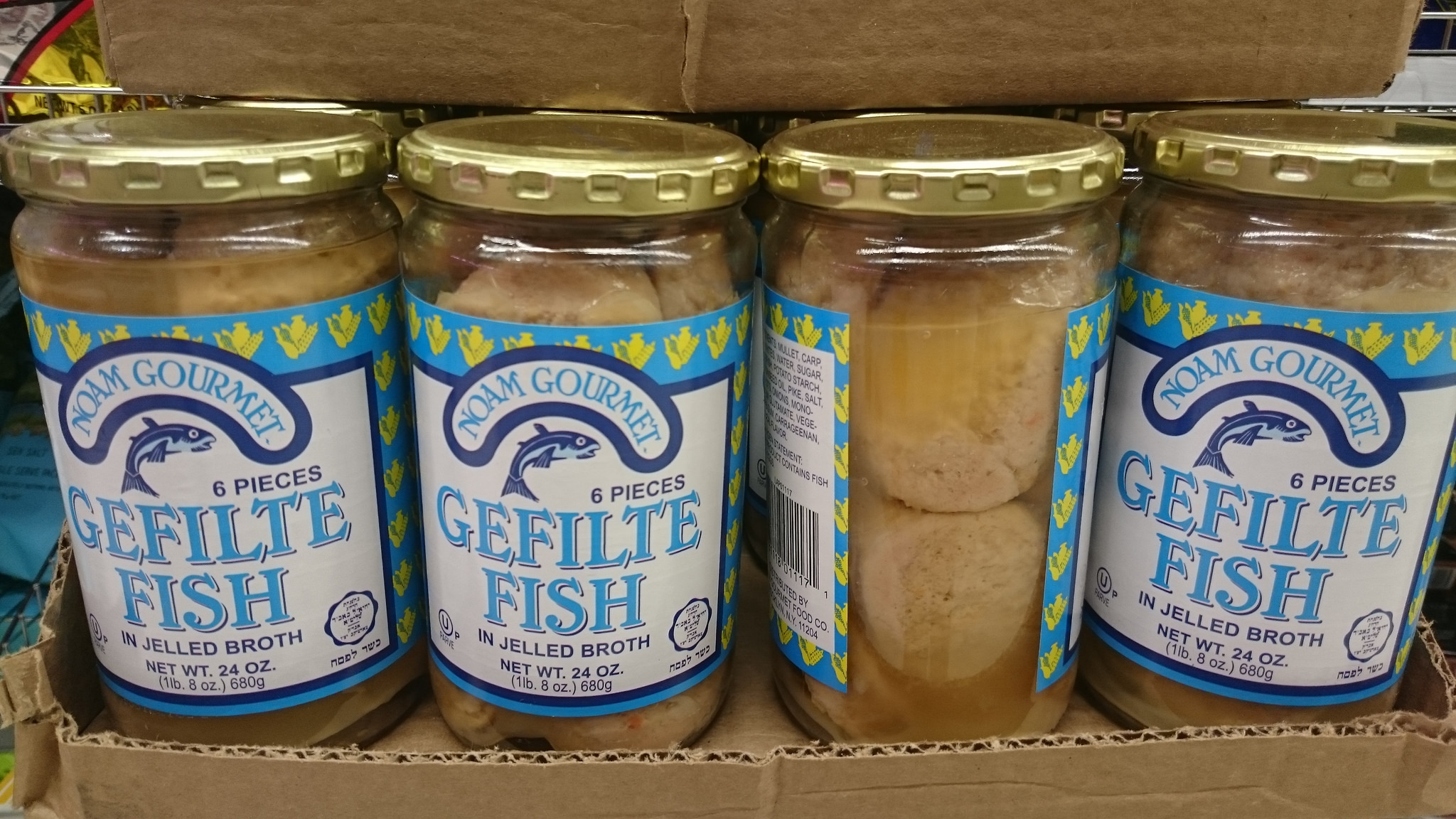 How Gefilte Fish Connects Us All

As a Jewish kid growing up in public school in the not-so-Jewish Long Beach, CA, I was always drawn to the one other Jew in my class. I never understood how I knew that person was Jewish, or how it could be that we ended up sitting next to each other, or why it was so easy to invite that person or feel so at home with them.

I love the story Rabbi Moshe Levin told once about being at Ralph’s and an older man coming up to him and asking him, “Do you think this gefilte fish is fresh?” Rabbi Levin looked at the gelatinous jar of Manischewitz and realized what he was really saying was, “I’m Jewish. You’re Jewish. Let’s chat.”

But when the names were released and we found out one was a Mallinger, Rose Mallinger, 97, it got even closer to home.

I married a Mallinger, and let me tell you the story of how the Mallingers came to America. You’re going to like this.

Uncle Herman was a young factory worker in Poland. One day his boss, or maybe not his boss? Ok, some guy, said something derogatory to him about being Jewish – Herman knocked him out. When his community found out, they feared for Herman’s life and pooled money together to buy him a ticket to America. When Herman got here and settled, he was able to sponsor the Mallingers to join him in the lovely Squirrel Hill, Pittsburgh. Herman’s act of resistance, which no Jewish mother I know would have condoned, saved his family from the war and allowed generations of Mallingers to thrive and multiply. There are so many Mallingers we’re not even sure if we’re related to Rose, but considering the last name, location and that she was so hardcore awesome to be 97 and in shul, I’m gonna just assume my three little 5th generation American Mallinger girls are related to that very special woman.

Speaking of my girls, I was a little scared to drop them off in school this morning. Me and every other Jewish mother in America. That little fear gave me a taste I’ve never had before. Growing up with parents from Russia, I can’t help but think of the pogroms that our families lived, and died, through. Not to mention Holocaust, gulag, yadda yadda. The Pittsburgh shooting was the first time I could even remotely imagine the lives of my ancestors. And yet, I’m living today as a Jew because not a single generation from me down to the beginning of Jews has been broken. Not a single one!!!!! Unbroken chain!!! Every one of my ancestors kept their Jewishness alive for MILLENIUMS. I feel like I’m being repetitive, but it’s just such a mind boggling concept. An unbroken chain!!!! In our blood are generations of Jewish mothers who continued to cloak their kids in Jewishness, despite every possible adversity, danger or social disadvantage.

It’s so interesting to me that Rabbi Schneur Zalman of Liadi preferred to be under the Czar than under Napoleon. Why? Because he believed, for that generation, that the harsh Czarist decrees were better for the Jewish people than Napoleon’s plans of “emancipating” the Jewish community. In freedom and peace, Jews assimilate.

In other words, it must suck to hate Jews because: hate makes Jews stronger. Kill all the Jews? Lol! I see it concretely – on facebook almost every Jew I know – the silent ones, the unaffiliated ones, the ones that “aren’t Jewish” even though their mothers are – have been pained by this shooting and are standing in solidarity and connecting with fellow Jews. This horrible act has brought us together.

A little confession: As I have become more observant and Judaism has become the central component of my life, the feeling of connection to all Jews has dulled. In my little world, I mostly spend time with Jews who dress like me, eat like me, pray like me, live like me. It’s just easier and more comfortable. But this experience reminded me of this feeling I had as a child – this mysterious and amazing and other worldly connection I have to every single Jew.

I want to hold on to this feeling.

Instead, I talked to a girl on the train I could just feel was Jewish.

And we chatted. It was not easy. We had to dig a little bit. Some awkward pauses. How we both just wanted to go back to what we’re doing! I kept asking her questions, just trying to push past the superficial and eventually we got into a meaningful conversation. I was so nervous that words came out of my mouth that didn’t make sense, I was sure she couldn’t wait to stop talking to me. When we got to our stop, I gave her my number and said to be in touch, though I knew I should have taken hers.

To my amazement, she texted me a couple moments later, saying she’s so grateful to connect. I feel a little victorious. As so many Jewish stories go – they tried to kill us, we won. Let’s eat.

She’s is coming over for Shabbos dinner this Friday night.