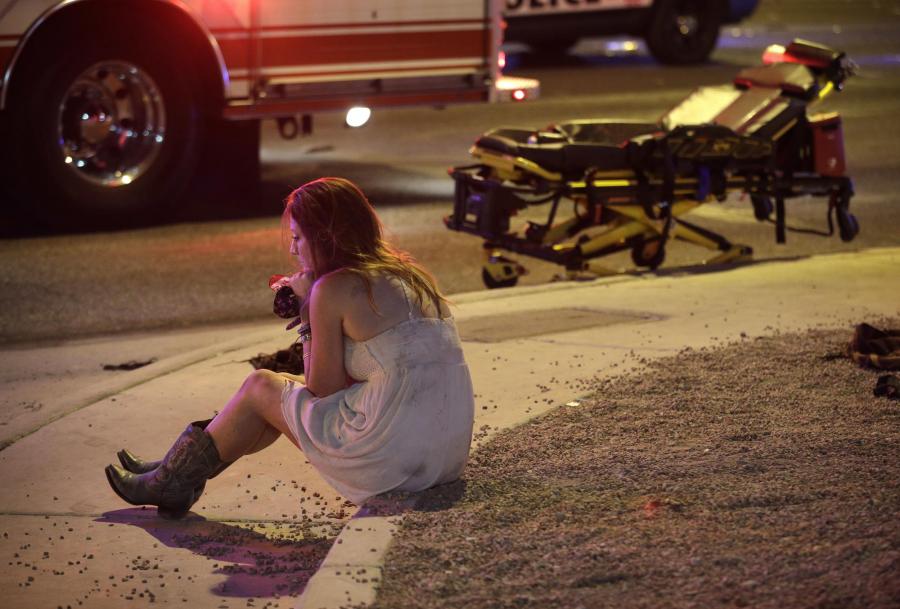 An Artistic Reply To The Violence In Las Vegas

Sometimes, it is not enough to create alone.  Or to cry alone.  Sometime, we must cry through our creations: together.

After the horrific attack in Las Vegas, we at Hevria decided to come together in our pain and try and create something out of what feels unimaginable.  Too painful to even think of, let alone address.  Here are our creations, separate and yet united.  Join us in grieving. I’m really sorry, but I have nothing. Nothing is coming out. Since Saturday night I’ve been working hours upon hours on trying to write a poem with the kikayon tree as a central metaphor. There are five garbage versions of me torturing the English language into a flimsy submission which ultimately reads like verbal carnage on a scale heretofore unknown to the language. So I put it away and started working on another piece about how our heroes have all in their own ways taken a knee for change in the face of massive social pressure. But it sucked too. And then Vegas and what the hell do my words matter after that? I don’t feel eloquent. I feel helpless. Vulnerable. I want to focus on doing things that will bring light and goodness, but that doesn’t help the suffering of the victims. Or stop the inevitable next one. And goodness don’t I feel just like that kid in my room yelling at an unhearing Gd, what the fuck!?! But now that I believe He “hears” me, I just want to scream louder. So yeah. All I have are screams. Which are not pleasant and hurt my chest. So I swallow them and sweat it out on the mats. Which is incredibly selfish.

What pains me most
Is that it didn’t pain me

It has become a blur
this pain.
This… endless cycle
of misery
and death.

As the world blurs,
the colors combine,
and the bright yellow
mixes with the darkest black.
And soon,
all I see
is red.

Someone messaged me: “can you write something uplifting today?”

There are so many days when words aren’t meant to uplift. They can’t. They aren’t enough.

There are so many moments when no possible constellation of sentences is right or comforting. When emotions and thoughts are just white noise.

One person changed the course of hundreds of lives, *thousands* of lives, in an unimaginable way.

One person has so much power. Each of us have *so much* power.

Today I clocked out at exactly 5:01 pm and seamlessly made my way to the elevator, then the street.

I marveled at the usual way Manhattan politely frees us from our day jobs, just in time for the universe to remind us that yes, we exist outside of them.

It’s starting to get dark earlier now — this I’m certain of as I’ve memorized the exact place the sun used to sit, just a few weeks ago, gently between two buildings, east of 49th St., at exactly 5:02 pm.

This Yom Kippur I was fortunate to spend the entire day in silence, speaking only to G-d in the form of a prayer, or a tune, or a cry.

I was able to sit in peace, occupied by my thoughts and the heaviness of the day. The weighty frailty that was my eager, rusty throat was thrilled to lay, for once, undisturbed. Chag is a blessing; an excuse to silence the emails and the phone calls and the news, to leave the politics in the papers where they belong.

But this is all a fantasy, a wish. We strike our quivering, mucky hearts and ask: who will live? And who will die?

Who will live? And who will die?

I traversed 6th Ave and circled around waves of cigarette smoke and unhappy faces. This morning my sister noted how much can happen in three hours. How going to sleep at a quarter to midnight on the East Coast, means the West Coast has an entire night ahead of them.
We are Unscarred, Untouched, Excluded.
How can one human steal so much?
One man, one machine, one decision, on the other side of the country, while we continue to complain about traffic and money and power.

I look up and recall,

It didn’t used to get dark this early.

Sometimes when everything is too much, all I want to do is listen to songs that flood me with feelings and bring me catharsis. Here are three pieces that always do it for me: