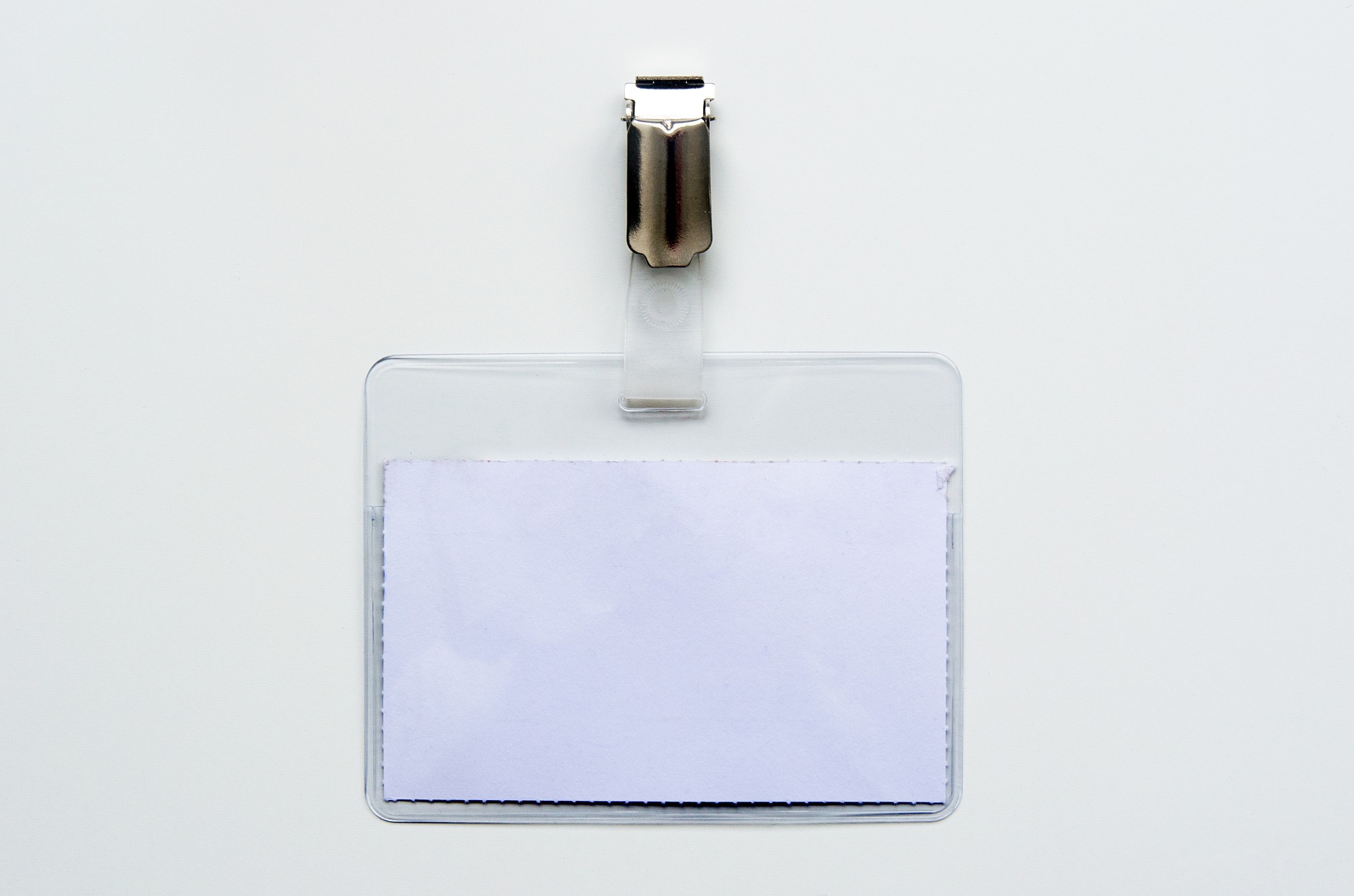 “You’re still wearing your name tag,” the women sitting next to me on the 1 train announced, gesturing to the bottom of my dress.

I had no idea what she said. The train was muffled with late night talking and other train noises. In my experience, strangers on the train only talk to me in an emergency. Like when I drop my phone, or when my guitar, which I schlep on the subway weekly, is taking up enough space for an entire small child to sit or stand or come into the world. Or when my bag is gaping open, or the coffee I’m holding is spilling all over my shirt and I’m a few seconds late to noticing. In these cases and perhaps a few other dire situations, a stranger will often chime in and make my life just a little bit easier.

Needless to say, when this women started speaking to me, I knew something was very wrong and once again, I had embarrassed myself in front of a train-car of total strangers, who probably weren’t even paying attention anyway, but still.

I assumed she was pointing to the lower half of my dress because it was dirty, or the tag was still on it, or there was something huge on me. But then she repeated herself.

“Your name tag is still on.”

I looked down and saw the crinkled, sticky name tag I had pasted onto my body that evening at a Moishe House event. I had intentionally put it lower on my dress to keep my hair from getting stuck in it, and naturally forgot all about it.

I looked up and down from the name tag, to the woman, and felt oddly exposed, and even a little embarrassed. This total stranger, this woman I’d most likely never see again in my life, now knew my name without even asking for it, and seemed oddly bothered by my unsolicited act of name-dropping. I pulled the smudged, hand-written name tag off of my dress, and crumpled it into my bag. The other people sitting on the bench looked up for a few little seconds, then went back to their lives. The woman looked pleased, and perhaps even a little haughty.

“Thanks,” I said, with a tinge of playful sarcasm.

“Now I can go back to being anonymous,” I joked.

“Yes,” the woman replied joyously, “it’s much better that way…”

I looked around at the strangers in the train car. Nameless individuals, each one making a brief cameo in the film of my late-night commute home.

Is it really better this way?

A few months ago I listened to a TED Talk that I haven’t stopped thinking about since.
When I walk through crowded city streets and squeeze my way, tuna-can style, onto the train, I think of John Koenig, the author of the Dictionary of Obscure Sorrows. In his TED Talk, Koenig talks about the ways in which language fails at doing what it’s supposed to do: facilitate communication. In fact, making communicating easier with one another was Language’s only job, and apparently, it was harder than it sounded in the description of the position…

So Koenig decided to make up his own words. In the Ted Talk he lists a few, each one as believable as the one that preceded it.

But the word of his I think of almost daily is “sonder,” which refers to the realization that everyone else’s lives are complex and unknowable as our own. We each feel like the main character of our own lives, yet in other people’s lives, we are no more than secondary characters. Now I wonder about people as I pass them in Central Park, or in Shul, or at the grocery store. I wonder where they’re coming from, where they’re going, and what they’re having for dinner, if they’re having dinner. I ponder their careers based on their facial expressions and attire, their relationship statuses based on their fingers and toes, the kinds of foods they like based on the stains on their clothing, their age. And from time to time, I wonder what their names are.

We pass hoards, and mobs, and oceans of strangers everyday. Diverse, worldly, magnificent strangers; yet they remain nameless, anonymous; secondary characters in our stories.

These were the thoughts trickling through my head as I tore the name tag from my body.

Phew. I felt relieved as I returned my identity to the inside of my tote bag. I went back to being another background character, to being anonymous. And according to my new friend on the subway, it was better that way anyway. But is it really?

Standing on the train that evening, gripping the silver bar closest to me, I have a brief epiphany. I imagine an alternative world where people walk around wearing name tags, shaking each other’s hands — and bravely introducing themselves to the people they pass. Jotting down notes, taking phone numbers, turning strangers into main characters with names, and identities, and complicated background stories. And I wonder, would things be better this way?

An old hasidic saying claims that fame only causes misery. If we were meant to become known, then we will. We’ll earn fame and the right to exist in the lives of those we have never met. We’ll earn the right to be recognized. But for now, we should not seek to be known. We should practice modesty, soft-spokenness, we should give charity in private and keep our good deeds to ourselves. We should write anonymously.

But were we meant to spend our lives as anonymous, background characters in the lives of others? Were others meant to remain strangers to us? The woman on the train showed great satisfaction in encouraging me to remove my name tag. Was she right in feeling that way? What’s it to her if I choose to reveal my identity? What does she have to fear?

Why are we so surprised to hear the voices of strangers entering our ear space? This is unnerving, confusing, what could they possibly want? Why is she talking to me? Something must be terribly wrong. He must need something from me. They must be selling something.

Yet there is so much power in our names. We use names to create closeness, to take down walls, to build, to share. The question seems to be, do I wish to share with others, or do I wish to spend my entire life as the main character of my own tale, written and signed by anonymous.