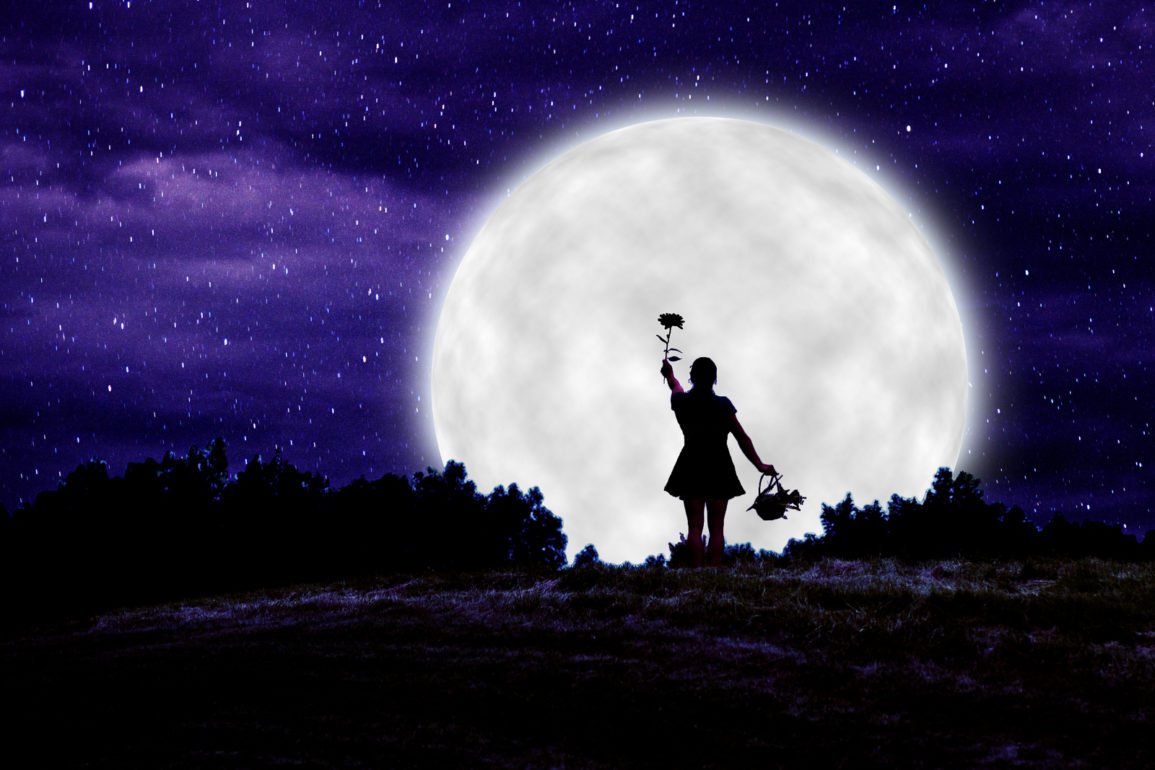 A Recipe For Moon Flowers

Something about the yellow of the petals burned my eyes and tantalized me, all at the same time. The color appeared to be glowing, radiating yellow and white pigment, circling around a black and brown merry-go-round.  How could something made by nature be such a brilliant, bright color? No food coloring, or artificial, blonde hair dye, just yellow, as G-d intended. I wanted to make my own. I wanted to create. But I couldn’t make sunflowers because they existed already.  So I went to the library and checked out 17 books on flowers, and learned every different species and all of their subcategories. But none of them stood out; none of them were special to me. So I decided to make moon flowers.

I sat in the field behind my old elementary school at half past midnight, waiting for the clouds to clear and the moon to cool the sky. I remembered what it felt like to be a child again, so free willed and happy for no reason. I remembered how it felt to be made fun of for being special. I sat in the wet grass and I simply remembered. I didn’t cry. In my hands I held two jars; one lined with paper towels, the other empty and labeled ‘moonbeams’. I stood up and ran around the field, so quickly that I began to perspire, and my mouth became so dry I had to force myself to salivate. I got down on my belly and crawled through the grass, until I looked up and saw three fire flies above me. Slowly, I reached out with my hands and captured the radiant, glowing creatures. I placed them inside of my jar and delicately trapped them inside.

I took off the lid of the empty jar and watched anxiously as the clouds gently parted and released their prisoner. I held up the jar as high as I could, hoping it would somehow reach and capture the light of the moon which was glowing like a ball of silver. The next day I went to the convenient store and bought a package of unsalted sunflower seeds and a black marker. I went to my room and dumped five of the seeds into my hand, coloring each one a dark, inky black, while opening it, and eating out the inside. I took my jar of fireflies and mumbled a small apology as I removed the built-in lamps from the rear of each tiny insect. I placed them inside of my seeds, which were now bleeding black ink on my fingertips. Next, I dipped a paintbrush into my jar of moon beams, and with the utmost care, I painted the outside of the seeds a warm, nostalgic glow, the kind you feel when it starts to get warm out, or when you see your mother after being away.

Fully stuffed, I closed up my seeds and used a hot glue gun to seal them shut. That night I went to my backyard and planted my seeds a few inches away from the sunflowers. When I was very small my mother had told me that moons and suns didn’t like each other much, and so they’re never around at the same time, but now that I’m a grown up, I knew that I wanted my moon flowers to overcome their fears, so I planted them as closely as I could. I waited and waited for weeks, camping out every night by my sweet seedlings, hoping for growth. I stared at the moon and I hoped and I prayed.

But nothing came, which I didn’t understand because I was doing everything right. I watered the seeds with orange soda, because I preferred that to water. I never left their side, because I’m often terrified of being alone, and I always said encouraging things to them, such as “don’t worry about what the other kids say” and “if you don’t take your medicine, I will crush it up and put it in your strawberry jam and you won’t even notice”. Weeks went by but nothing worked. Still I continued to care for my little seedlings. I couldn’t just abandon them because they weren’t turning out to be who I wanted them to be. What kind of parent would that make me if I simply left them behind?

I accepted that my moon flowers may never come to be much more than dreams and a failed arts and crafts project. And that was okay. I wouldn’t want them to exist in a world where everyone is so mean. However this didn’t stop me from staring into the eyes of my mother’s glorious sun flowers. I eventually found them to be laughable. Silly sunflowers close at night. I didn’t realize a flower so big and bronze could be so afraid of the dark.