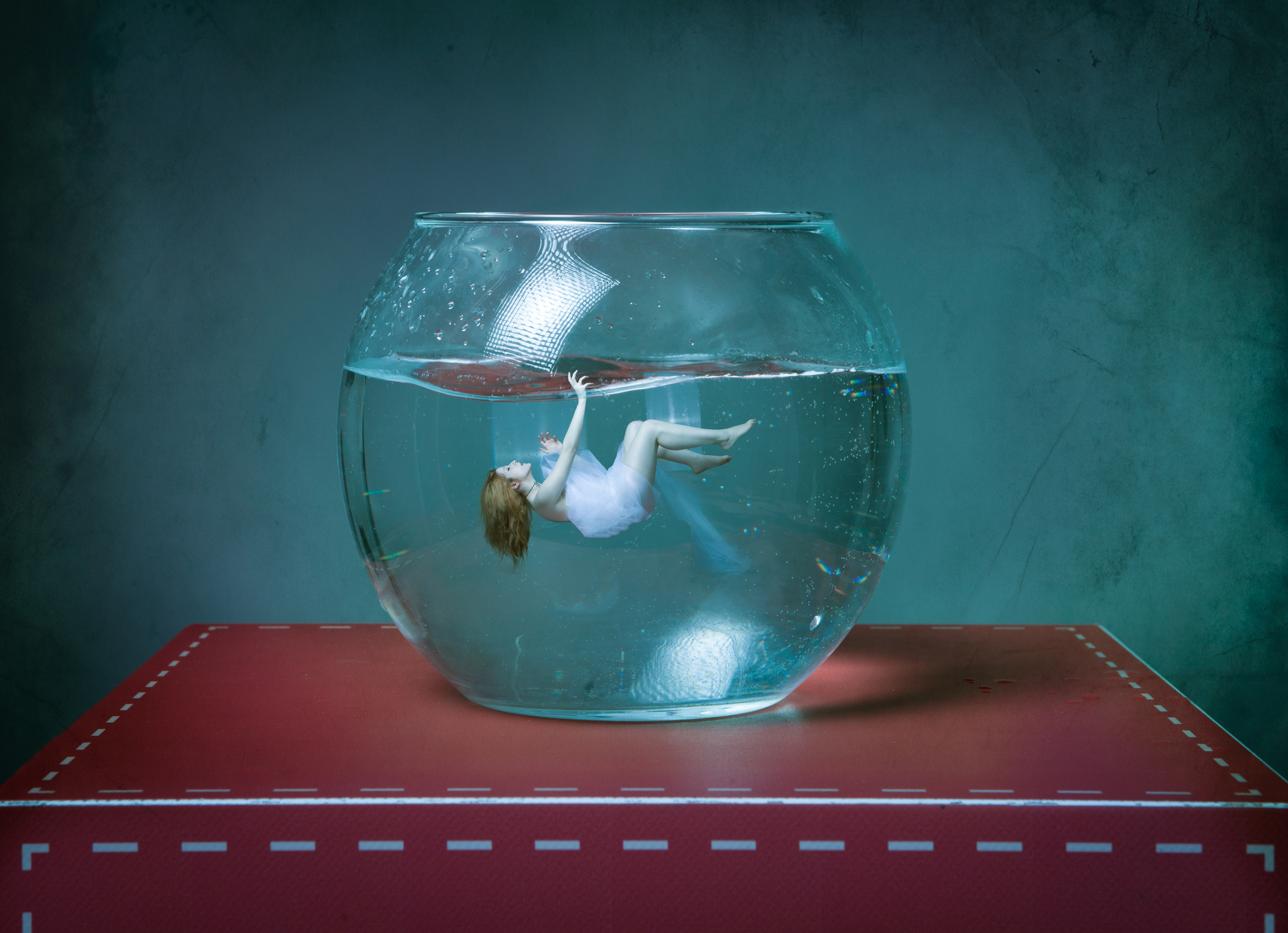 I hate math, but I am good with numbers. That’s what they say. Always have been. It’s just one of those things. Since I was a kid. Rattled off my multiplication tables in second grade faster then anyone. Heart pounding, out of breath, as if it were a race.

Now, the most difficult thing about math is also the easiest. Just getting the numbers down on paper. Write them down. The numbers. That’s all. You’ll move on from there, and eventually, slowly, you’ll fix the right numbers to the right place. Then the story will reveal itself.

Let’s start with those numbers. As of today, March 15, 2017 I have been married 18 years. Mazel tov, right? Thank you. But let’s look deeper. Eighteen years is 216 months. Two hundred and sixteen months of marriage. And two healthy pregnancies. Mazel tov again. Thank you, thank you. Both full-term. Eighteen total months of pregnancy. That means I’ve been to the mikvah two hundred and sixteen times minus the eighteen total months of pregnancy.  Get it? Hurray for clockwork menstrual cycles, full-term pregnancies, and bottle-fed babies. That is one hundred and ninety eight visits to the mikvah.  Put your calculator down. I told you I’m good with numbers.

Now, let’s keep those numbers going. Each month, I write a check for the privilege of using the mikvah. Twenty-five dollars. Put it in the pushka. Twenty five dollars times one hundred and ninety-eight visits over eighteen years equals $4,950. “Don’t put a price tag on a mitzvah,” the rabbis say. “Well, don’t charge for a mitzvah,” I say to myself. I say a lot of things to myself. No one here is listening.

What about my mikvah prep? How much time did that take? Hard to quantify. Back when I started going, it was no big deal. Monthly mani/pedi appointment on way home from work. “No polish please,” I’d say. “Yes, yes, “ I’d repeat, smiling, “I’m sure.” Hair? Quickly brush out any knots hiding in my curls. One. Two. Three. And done. Soak in a warm bath, and loofah my heels and elbows. One. Two. Three. One. Two. Three. Not much in the way of dry skin yet anyway. Then a quick shower. Little kids in front of the TV the whole time, and my husband not yet home from work. Simple. Everything was simple back then.

When did it change? I don’t know. Each month the prep took just a bit longer. “I just need more time,” I’d tell Avi from behind the locked bathroom door. But when does a bit longer become too long? And when does too long become, well, something else? I don’t know. Something crazy. They haven’t been able to tell me that here.

The mani/pedi? It was never enough. At first, Mae, the lovely woman from Vietnam, couldn’t understand. “Don’t you see that speck of dirt under my nail? Get it out, please,” I’d demand. “Can you just file them again? Please. No, no they’re not too short. Just one more time. Please.” Brushing my hair? One. Two. Three. That was easy. But brushing until my arm grew numb. Fifty times on one side. Fifty times on the other. And then, another 50 times upside down. Start all over if I lost count. How long does that take? Well, how long does it take to go crazy? I don’t know for sure, but you have to start slowly.

And then the mikvah itself. Each month, I immersed three times. Why three? No reason. Someone just told me that three is what most women did. So, a total of 198 visits to the mikvah. Three dunks each visit. That’s 648 dunks over eighteen years. Sounds like a lot, right? Yet I once heard a story about a woman in our community who dunks one hundred times every single month. One hundred times. In our community. We were too modern for such nonsense. I think about that all the time. Twelve hundred times a year she dunked.

Secretly, I envied the woman. I imagined her preparations. Daydreamed about them. Even dreamed about them at night. In my dreams, I flew above her as she prepared. How many times she must have brushed her hair. In my dreams, I watched. Her hair was lush. Silky. Smelled beautiful. How long she bathed. In my dreams, her naked skin warm and slightly tanned. I blushed, but couldn’t get the image out of my mind or out of my dreams. One. Two. Three. That always helps. How truly ready she was when she immersed in the mikvah. And each time she dunked, did she count aloud? If I dunked one hundred times every month like she did, I would count aloud. And if I missed a number, I would start again. Willingly. Eagerly. Starting again. And again. The climax. Ninety-seven. Ninety-eight. Ninety-nine. One-hundred. Then the release.

Well, what happened then? How did I get here? Maybe you didn’t hear the story. Or maybe, the version you heard was much more interesting. That’s the way it is with these kinds of stories. The truth, though disturbing, is usually quite boring. I dropped the kids at school. Maybe you saw me there? Then, I spent the day getting ready. The whole day. Getting ready. Hair. Nails. Bath. Shower. Picked the kids up in my bathrobe, still brushing my hair. A bathrobe and hairbrush at afternoon carpool. People noticed. But no one said anything. Then I returned home. Kids with snack in front of the TV. More prep.  Hair. Nails. Bath. Shower. Hair. Nails. Bath. Shower. One. Two. Three. One. Two. Three. Like a dance. Then my husband came home from davening, and I was out the door. Already gone.

As if in a dream. I got to the mikvah. I don’t know how. Maybe I flew. And if I did fly, did anyone notice? Does anyone even look up anymore? As if in a dream.  I dropped my robe, walked down the three steps – one, two, three – and immersed. The water was warm, soft as velvet on my waiting skin. The first dunk. The second. The third. I screamed each number first inside my head, then louder, oblivious, a pulse, a rhythm building inside. By the time I had reached one hundred, the ambulance had arrived. Who called them? I remember they asked me what I was doing. I just kept counting, higher and higher, waiting for the climax that never came. “Help me! There are always more numbers.” I collapsed.

So they put me in here. My husband and the kids visit every other day. Mostly they sit silent, awkward smiles and side-long glances. I love when they come. “The girls’ hair smells beautiful,” I tell him. “It’s so soft.” I secretly wonder how many times they brushed it. But the truth is I can’t wait til they leave. I can be honest here. This is my story, not theirs. When they are gone, I can return to the numbers in my head. Where did I leave off? Like a bookmark slipped out of a book. I lost my place. Should I just start again? Counting. Numbers forming silently on my lips, like a prayer Hashem doesn’t care to hear.

But there is no mikvah here. Yes, I can count. Numbers. My numbers. My ritual. One. Two. Three. One. Two. Three. One. Two. Three. A waltz. Numbers dancing. All the time. Numbers. Forever. Mine. They can’t take them away from me. I can brush my hair too. Just like before.  Counting as high as I want. I can wash my hands. Twenty times on each hand. More if I want. Wash my face. Count to twenty. Count to forty. Even take a shower. Untold drops of water, cold, biting into my naked skin. Counting higher and higher. Higher and higher. As if I can fly.