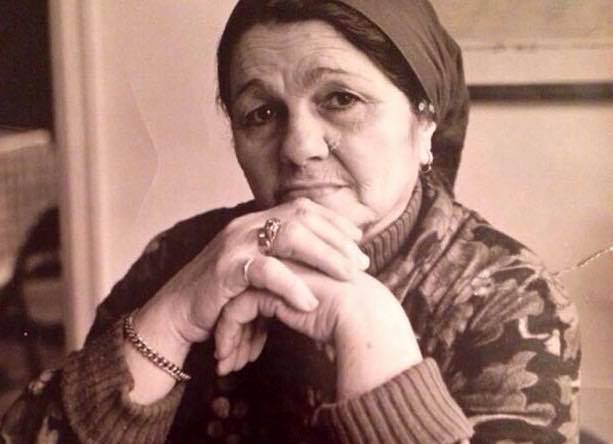 Have you ever seen eyes that spit fire?

Have you ever seen arms bear the weight of ten thousand men?

Have you ever surrendered to the effortless charm of a woman who speaks the language of angels?

Have you ever walked past her as she whispered the names of dead mystics, because really they were alive and whispering back?

Have you ever tasted the love in her fingertips beneath the sting of garlic and olive oil in her cooking?

Have you ever heard the heartrending pleas to her god that could melt the coldest heart?

Were you ever subjected to her curses that could make a trucker feel like the Virgin Mary?

Have you ever seen her body rock with laughter, tears rolling down her cheeks, with the youthful abandon of a schoolgirl?

That was my Savta.

A woman who was every bit the legend alive as she is after death.

The veins of the earth are sapped of her energy and are flowing with it all at once.

She didn’t roam the hallways of ordinary people or live by anyone’s idea of normal.

You were in her orbit or you weren’t. That was all. In or out. She cut like a knife but sharper.

She tucked me in at night and taught me rhythm. Her embrace burned a fiery heat in the pores of my being.

Her eyes were the stardust blue that pleaded and laughed and rebuked and loved and remained pure for an eternity of a lifetime.

She told me stories at midnight and awoke with the dawn to turn the pages of her psalms. But only after lifting canned vegetables because her son in law, the doctor, said to.

When she lifted her eyes towards the heavens, book of psalms in hand, she locked her eyes with god’s, as one would with a lover or an old soul mate.

Every time I hear the beat of a drum, the rumble of the train tracks, the echo of my footsteps, or the clickety-clack of my car’s turn signal, I see her iron-soft fingers tapping to a melody, her jewelry clinking like the ornate orchestra of beauty that she was.

I see her face in the massive window of our home, patiently awaiting our return from school. One day we realized that she couldn’t hear us knocking on the door or ringing the bell anymore.

But even as the faculties ordinary humans rely on to communicate deteriorated, it didn’t matter. Her orbit was still teaming with life just as it did since she was a little girl.

Her name was Mazal tov. The same phrase that millions use to pronounce every fortunate occasion, but for me is as hallowed as it is common in the mouths of those millions.

She was orphaned from her mother, Luna, at the age of three and was married to her husband, Eliyahu Benhiyoun, at the age of twelve. Legend has it that her mother’s beauty was so sublime that once, at a wedding, it triggered the evil eye and she was smitten with death the very next day.

She was Mazal Tov Albo from Ouzan in Morocco, the town of the tzadik, Rabbi Amram Ben Diwan. Daughter of Rabbi Mordechai Albo, the son of Rabbi Yosef Albo, descendant of the great sage, the Baal HaIkarim. And her husband is a Benhiyoun. That is how she introduced herself and always in that order.

My father was her youngest and outspoken favorite. He was raised by her and seven older sisters who spoiled him and idolized him. He left behind a career in film to become a rabbi like her father and grandfather and all the Albo men before them.

She lived in a country for twenty-five years and didn’t speak its language. Why? Because she only spoke in the Holy Tongue.

Before, during, and after every conversation, she reminded us to care for the poor. To feed them and clothe them. Only then did she encourage us to walk in the path of Torah and marry a virtuous partner. Every single conversation. Every single one.

Few of us are fortunate enough to ever feel adequate in the presence of another. In her presence I existed as I am. This is because she existed as she was, always. No self-doubt, no uncertainty, no ambiguity. I only realize this now, years after her death.

One day, my father brought her to sit by the water. A peacefulness immediately overcame her. She spoke to the fish swimming with the current and gazed out farther than the sea’s horizon. She didn’t look around or get restless or bring snacks or even chit chat. She just absorbed the vast blue sea and all the secrets hidden beneath it.

Before saying goodbye, I would look at her and say, “Savta, at hachi yafa ba’olam.” (“Grandma, you are the most beautiful in the world.”) She would immediately lower her gaze, smile bashfully, and giggle as only a young girl could. And she was a ninety-nine-year-old young girl.

Crisp early mornings. Constant devotional murmurings. Carried away by gods of the wind.

A few days after she died, I fell into my bed, hugging the sheets, aching from her loss. I wept and felt her caress on my arm. I heard her voice in my head, urging me to run along and live.

When I visit her gravesite, I hug her tombstone and sit next to it, feeling her all-encompassing energy. I kiss the dumb, muted stone for there was nothing muted about my Savta, my Mazal Tov.