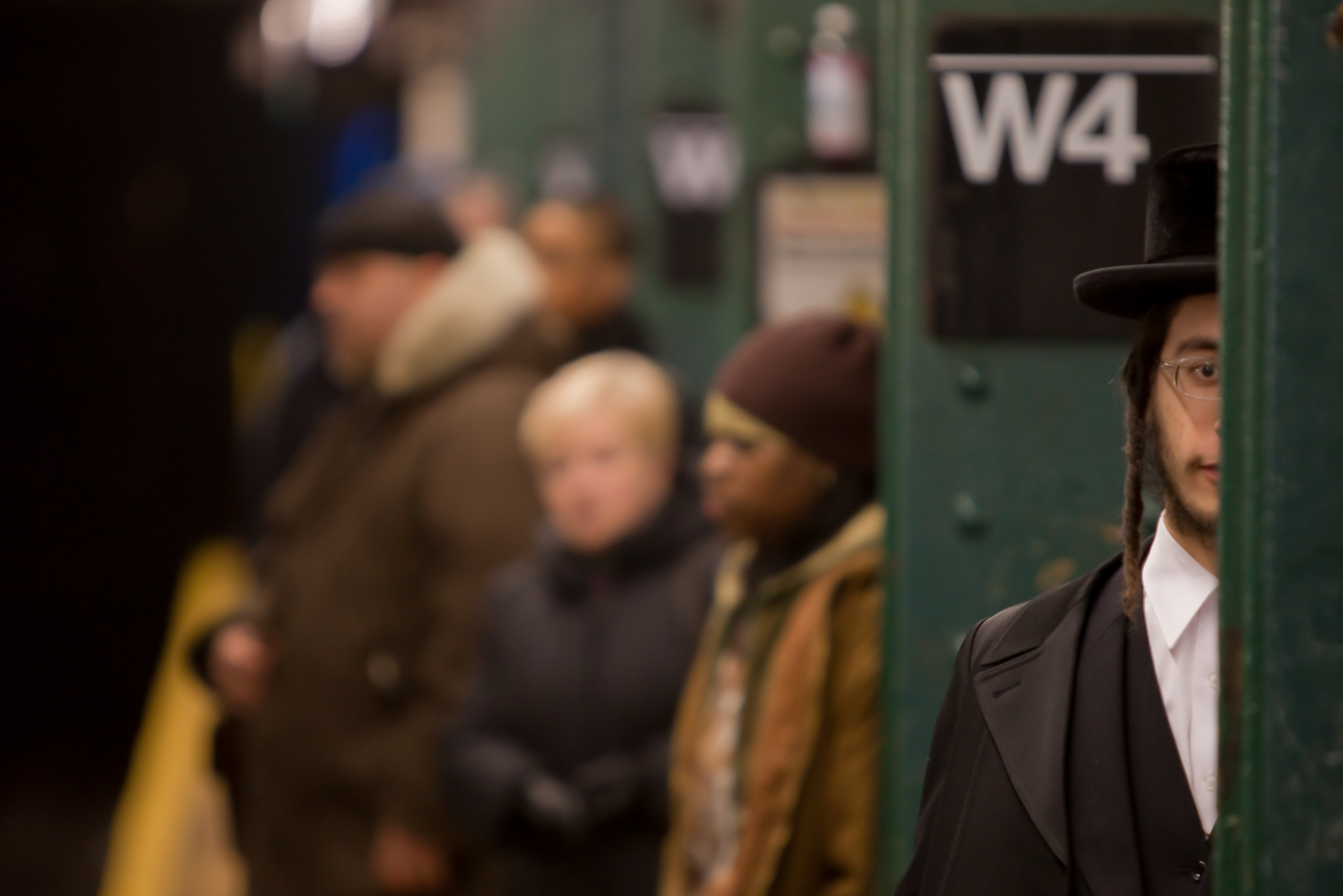 I Am A Spiritual Faker

I sit in my chair in the study hall. It’s a large room with tall ceilings and bright lights. There are four seats to a table.  I am engrossed in prayer, whispering words incessantly. I rock back and forth to an unknown rhythm, changing my body’s motion every few minutes. It’s 9:45am and the only thing in my belly since our first class at 7:30am is cake and coffee.

The heightened sense of a crisp fresh start is palpable. The softened leather tefillin straps hug my skin tightly. The hardened leather tefilin box weighs lightly on my forehead. Everything is perfectly in place. The prayer book sits just so leaning against the tefilin cases in front of me. This is a perfected daily routine that has been adjusted to accommodate whatever OCD’s one is disposed to.

Then the anxiety strikes. It comes every day without fail. Do I look sincere enough? Every step in the prayer process is so mechanical, it’s easy to go through it without any meaning. Ok, I’ve adjusted my sincerity so that now it feels like I am talking to a god and not my alter ego. But does it look like I’m putting on a show? I then affect a perfectly nonchalant pose so that my sincerity will appear effortless and organic.

Hold on. I’m not even thinking about the prayers anymore. I am obsessed with my prayer performance. This cycle repeats itself in the search for an authentic relationship with one’s soul.

Being a “faker” or dishonest in one’s observance is perhaps the greatest insecurity of any teenager in yeshiva.

Being truly authentic and sincere is the standard to which one is held by peers and teachers alike. If one displays even the slightest hint of an ulterior motive, then he has failed. It is the essential difference between being a chitzon, superficial, and a pnimi, sincere.

This exhausting exercise in self-improvement resonated with me, but never settled.

I speak of yeshiva because that was my experience. All six years of it. And all the years following it attempting to live up to that expectation.

I’m relaxing on my full size bed in our hotel room. Through the window I can see the majestic white peaks of the French Alps. We are here for six weeks; studying, playing sports, hiking and just hanging out. Who knew yeshiva could be such fun?

My roommate, Mendel is sitting on his bed. I look up from the Tom Wolfe novel I’m reading. I found it in the library of the resort we are staying in. He tells me in his usual half-smiling, half-sincere tone, “Eliyahu, you know, you’re a faker, a chitzon.”

I’m not insulted because this is exactly why I like him. His frankness; the ease to say things as they are without the layers of meaning that typically accompany a yeshiva conversation. Also, I knew he lived with contradictions of his own.

I’m relieved to finally hear these words being spoken out loud. You see, for the past three years I’ve been working on myself to embody the teachings we study all day long.

Absolute obedience carried out fervently. With love, joy, fear and awe we are told. As if these feelings can be summoned directly from the texts. Being obedient seemed like an easy enough task. Who can’t handle a check list? The love and fear ideas were more appealing but equally inaccessible.

And it never felt just right. So I’d beat myself up about it and work harder. All along though, I’d find an outlet that would totally take me out of my zone.

The occasional secular novel, listening to Israel updates on BBC with the walkman I snuck into yeshiva or watching TV at my aunt’s Paris apartment, hungrily devouring every minute of it before taking the train back to yeshiva in the suburbs.

Every time this happened, it invalidated everything I worked on till then. It proved I was truly a faker, my connection to G-D and everything that is holy was superficial.

So I asked Mendel what he meant. He explained: The sincerity I displayed when singing nigunim, chassidic melodies, didn’t match the person who enjoyed Tom Wolfe novels. Instinctively I defended myself, “No! I really mean it when I pour my heart out into a niggun.” And the fact that I enjoy novels? It’s a part of me too and I can’t make sense of it.

And that’s what I did, I got defensive. It seems I always do when something isn’t right.

I find myself having this conversation in different forms all the time. How to reconcile a deep connection to spirituality, holiness, Judaism or G-D while immersing oneself in the pleasure and beauty of the natural world we inhabit?

For years, film was a forbidden pleasure that I attributed to the powerfully magnetic evil forces of the world. But oh, did I love the seductive hold it had on me.

Wearing colorful clothing was an abrasive show of immodesty that needed taming and refinement. But boy did I relish the wild spirit that desired it.

The dark magic of rock and roll touched me deeply and I categorized those feelings as hopeless abandonment to the “other side.” Letting go never felt so good.

This struggle isn’t about philosophy for me or belief, it’s about experience. In the moment of experience there is no contradiction. The problem is, as an idealistic teenager, I didn’t have the tools to make that distinction and all I was left with was contradiction.

As a teenager, I didn’t think contradictions were a thing. Everything had to be black and white and had to make sense. If it didn’t, it was bad and wrong and shouldn’t even be.

Years later, I was at an outdoor concert listening to a guy I could only describe as the Jewish Johnny Cash. He performed with the same passion and energy that I loved about The Man in Black. The clothing I was wearing didn’t concern anyone around me. And I realized, being a faker was no longer an issue for me.

It was so surprising. It was like noticing a bad cold is suddenly gone. There is no one moment when the symptoms vanish. It’s only a few hours later when you’re feeling well again that you realize you aren’t feeling lousy anymore.

I don’t have more answers but I certainly have less questions. I find meaning in life more easily and spend less time struggling to get it just right. Happiness is a state of being and not a subject to debate.

I may never end up checking all the boxes on the list but there are countless moments throughout the day wonderful enough to last a lifetime.