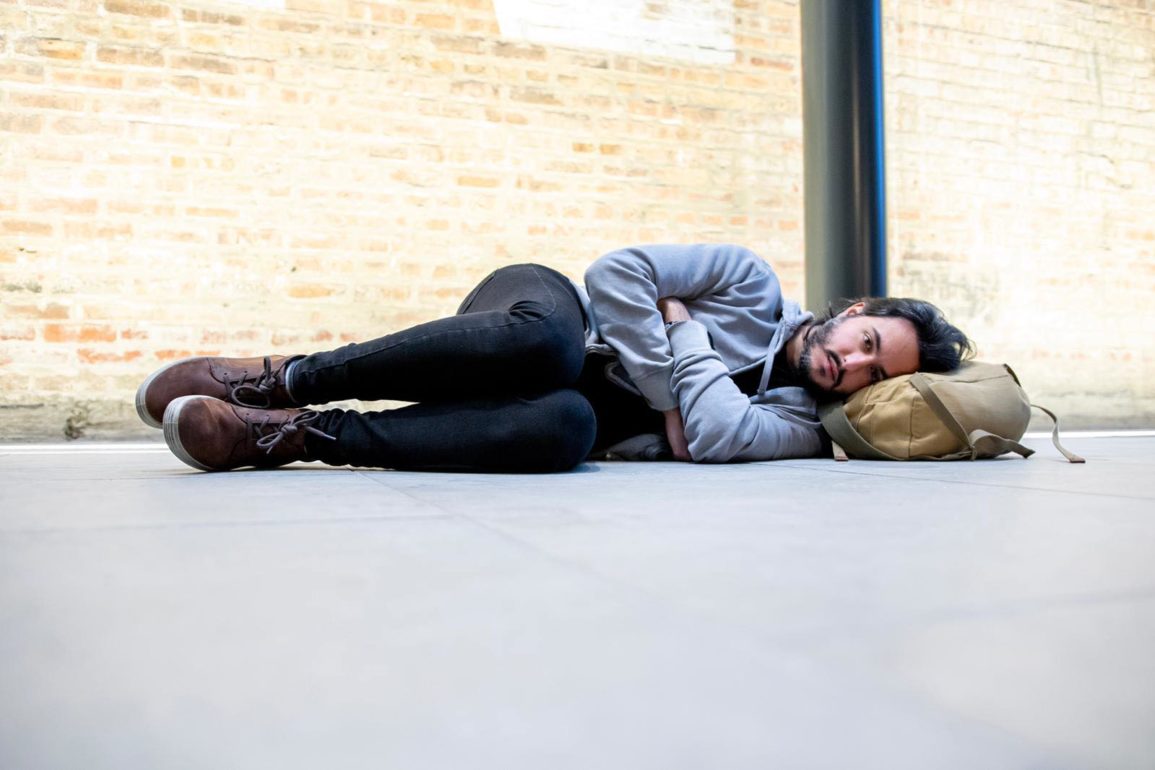 How My Valentine’s Day In Romance Turned Ice Cold

Driving a cool eighty-five-miles-per-hour on the rural Arkansas freeway, it felt like the migrating birds overhead were escorting me. I kept thinking of Ken Miles in Ford v Ferrari saying to his son, Peter: “You’re moving fast. But as the car speeds up everything else slows down. You see everything.”

The roads were icy and I balanced the steering wheel, staying in the middle of the lane where my tires met pavement. I planned this trip to Romance, Arkansas in December. Weather reports from previous years showed that temperatures in February would be around forty-sixty degrees Fahrenheit. Not warm and sunny, but not cold and snowy either.

I would be working on a horse ranch and finding refuge in nature and farmland. I was so looking forward to the physical labor and the sublimely wholesome routine of farm chores. Three to four hours a day would be dedicated to my own work. That’s what made this arrangement possible in the first place.

If I learned anything from my stay on a horse farm in Massachusetts this past August, it was this: One must have a certain measure of respect and awe for nature. As idyllic and romantic as it is to be in nature, if one is not careful, it will swallow you alive. Adequate gear, planning and foresight, and knowing one’s limits and abilities are essential to survive, and more importantly, to thrive.

It was getting dark and I arrived with the last rays of sun illuminating the ranch driveway. I got out of the car and immediately felt the slippery surface of solid ice. I walked timidly toward the gate to let myself in. It was all I could do not to slip and fall a dozen times. After opening the gate, it took only one glance for me to realize that the entire farm was blanketed in ice.

Apparently, the ice storms the last few days had really taken their toll. In fact, I stayed in Memphis for an extra day because the roads were too hazardous for travel. Now I realized it wasn’t an isolated storm, but an Arctic blast taking hold of the entire region.

As I looked on with shock and confusion, the farmer walked towards me, a big smile on her face. She was the sturdiest little lady I had ever seen. She had cleats on her boots but still, she walked on ice like Jesus walked on water. After a short tour of the property, I brought up the matter of my boots… or rather the lack of cleats on my boots. Her reply was quick and sharp, “Ya, you can’t work with what you are wearing now.”

Yep, and neither did I want to. I’m not sure I would have wanted to even if I had cleats. I was here to work with horses and be surrounded by nature. Instead, I would be battling the harshest elements of winter that I had just escaped from in the North.

There was a part of me that wanted to be the tough guy. The guy who takes on a challenge no matter what. Who isn’t phased by the earth shaking under him. Another voice, a much more self-aware voice, whom I am becoming increasingly familiar with, spoke up.

I needed to walk away. Not waste the farmer’s time or my time. Just simply get back in my car and drive away. Staying would be repeating a cycle that I was desperate not to repeat. To be passive about my circumstances. To succumb to a path of least resistance. Especially if I could call it the “right thing” or the more “challenging choice.” When really I was being weak in the face of my own agency.

Staying would mean suffering in dignity for a month. Leaving would mean freedom and total uncertainty. I had nowhere to sleep that night or the night after that. I budgeted this trip with enough finances to reach this farm. Not another month of Airbnb’s and eating out. It was dark and the roads were getting icier.

I turned to the farmer, looked her in the eye, and said, “I cannot bear to walk away from you now but I must. I cannot waste your time or impose on you, knowing how I feel about staying. Besides, there is no way I could get any work done for you in these icy conditions.”

She looked at me, smiled sweetly, and with a pained look in her eye, said, “Do what you must. Don’t stay if you can’t work.”

We hugged, I turned around and got in my car. I skidded out of the driveway and into the night.

My adventures carried on. I arrived in Little Rock, had a double bourbon and some brisket, then slept in a Motel 6 by the airport. The next day, I drove six hours through the fields of Mississippi, more birds migrating south with me. Now, I am in New Orleans during Mardi Gras in a city shut down to avoid any super spreader COVID events.

I don’t know what my next steps are. This journey of rigorous self-discovery was never about what the future holds. It was always about the present and the very moment I am in. If I can peer inside and say, “Yes, I am walking with my agency intact,” then I have arrived. The following moment is a new journey. One I am more equipped to handle because of the journey I successfully completed a moment before.