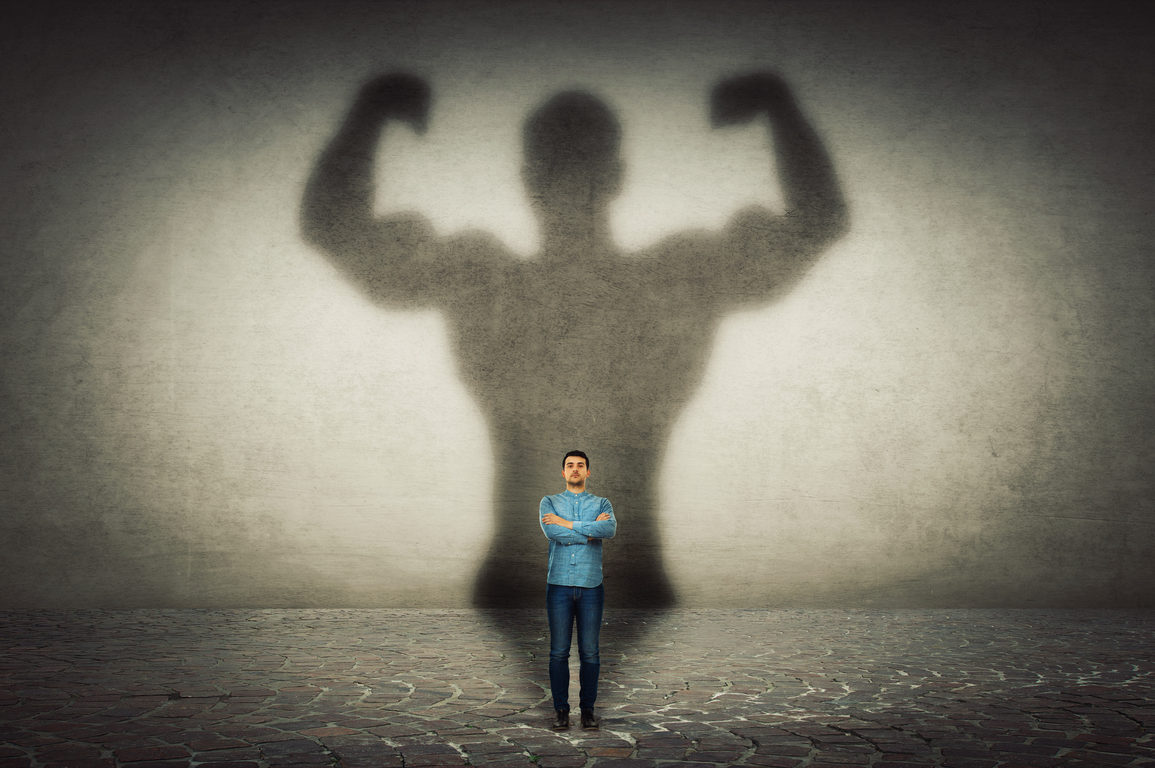 Am I Manly Enough?

I turned around and froze before recovering and telling him to go on.

He was sitting on the wooden bench of the mikvah, towel in hand, telling me about the shidduch call he received about me. Apparently, the girl’s dad called my friend to see if I would be a suitable match for his daughter.

There’s something oddly invasive about a complete stranger inquiring after your most personal character traits. Establishing that I’m educated, have a job and am a nice person makes sense, but visualizing these two actually discussing my manliness stunned me.

I don’t remember what my friend told the girl’s dad, but the entire time I dated her, I was intent on proving that I was manly enough.

And any girl I’ve dated since, I wonder, “Does she think I’m manly enough?”

And any girl who’s rejected me since, I wonder, “Was I not manly enough?”

And if a friend ever recounts his exploits with another woman, I wonder if she was into him because of how manly he is and if I would have measured up.

It was one question, asked long ago, part of a long list of questions, undoubtedly asked to many others, but it stuck with me like stubborn grease.

At the time, being manly to me meant having a certain body type, a tone of voice, a demeanor that I know I don’t have. I haven’t entirely admitted this to myself, even still. Every push up, every sit up, every visit to the gym and every uneaten French fry carries the promise that my body will be toned and chiseled just so.

Emotionally detaching myself from a situation is hard for me. When singing with others, I distract myself so I don’t break down into tears. Every so often, when I’m singing alone, or playing guitar, I’ll surrender to the flood of tears that inevitably flow.

I’ve tried to learn the art of sarcasm and have mostly failed. Changing a light bulb or putting together a piece of furniture could be more overwhelming for me than working a crowd full of people. When I hustle, I don’t get aggressive, I simply leverage all of my resources to achieve a desired outcome.

I’ve noticed that I’m intimidated by women who don’t value being kind and happy no matter how physically attractive they are. And by the same token, I connect deeply with someone who is humble and kind, whether I’m physically attracted to them or not.

Yes, I’m a guy who suffers from poor body image and there are many of us out there. We’ve believed for far too long that struggling with body image is exclusively a girl’s problem and there are far too many women and girls out there who enforce that perception.

I’ve always been confident in my abilities and have been blessed with parents that, if anything, lovingly exaggerate them. But on a date, I invest so much energy making sure the girl likes me that it’s hard to decipher if I like her. I sometimes wonder if we are spending time with people we like or if the return we get on someone else’s validation is high enough to ignore that. Perhaps if I were to let go of what I think a girl wants in a man, I might be attracted to someone I would otherwise dismiss?

Years later, I asked the girl whose dad wondered about my manliness, “Did you think I was manly enough?” She laughed and told me that I measured up. She had come across my picture online giving a speech and knew that she wanted to meet me. Apparently, her definition of manliness had more to do with a guy’s presence and command of a room. All along I had been trying to prove myself, not to her, but to a false premise I had created in my head.

Things didn’t end up working out between us even though she thought I was manly. Maybe if I wasn’t so intent on proving myself to her, I would have noticed that there were other factors to consider, issues which later on doomed our relationship.

Eventually I embraced who I am, knowing I will never be that guy… the guy who maintains an exacting routine, has iron discipline and can change tires. Would it be nice to have it all? Perhaps. But I know that who I am, the person whom the people I love appreciate, is the guy who comes with those very flaws.

My younger self, stunned on the mikvah floor, thanks me, I’m sure.