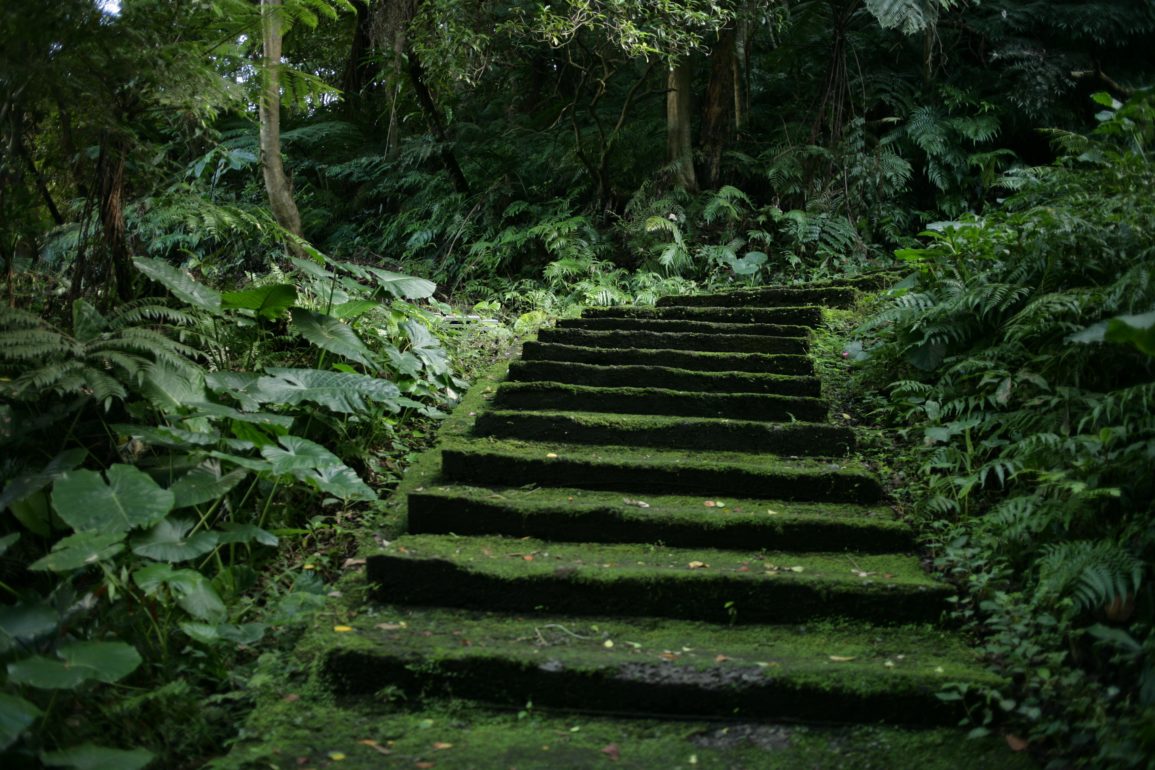 All her adult life she had journeyed with him. They had a dependable home and a beautiful garden. They raised their children. Later they traveled.

They dreamed of touring impressive cities, one after another, over time. Venice boasted brightly colored lake houses and mazes of intricate bridges. They strolled in leisure, traversing long blue-green canals in water taxis.

They flew to Paphos and observed antiquated mosaic tiles. People have always decorated their spaces, she marveled. She felt at one with those who came before her. They rented a car that had its steering wheel on the wrong side, and she laughed. The representative offered that they weren’t driving on the wrong side. It was just another side.

They arrived at the Alps and rode up snowy Mont Blanc in shaky cable cars. Higher than high they ascended. She felt herself a mere speck in the Creator’s majestic world. This was awe. But it wasn’t fulfillment. It lacked connection.

They sailed on a boat in Budapest, in the darkening night and the biting cold, drinking freshly squeezed orange juice and sipping clear beer, standing together on the windy deck, just being.

On Shabbos, they rested. Always, they shared kiddush and seudos with fellow Jews. They davened in shul upon shul, city after city. And when they talked about their travels, this lasted in their joyful memory. The majestic and the modest, they mattered, all the shuls.

One day she turned older. She was surprised that it happened. A special birthday, they called it, but she didn’t feel remarkable. How could she be this age and still not be convinced of her worth?

Who was she, if not a needed mother? Who was she, apart from his wife? Who was she beyond a friend, a daughter, a neighbor? When she wasn’t being who they needed her to be who was she?

She planned a solo trip. For fun, she told people. People understood fun.

Friends and family asked if they could join her. Solo means alone, she tried explaining.

Her husband said she was capable, and deserving, and trusted. Her husband heard her, and he saw her. Go, he said.

She traveled to a theme park world, far from home. And discovered, anew, who she was.

She was devoted to her Creator, observing kashrus. She was true to herself, dressing modestly and reserving touch according to halacha. She was a neshama yeseira concerned with a Shabbos atmosphere, she sought out a shul. She connected with Hashem through tefilla.

She enjoyed the park attractions as she wanted to, when she wanted to. Uplifting music absorbed her. She was she, she was free.

She was kind to strangers. She shared sincere compliments. She made people’s day, they told her. She was a gracious guest in the world.

Theme park hopping was exhausting. She coughed. As the days went on, she felt chills, then fatiguing shortness of breath, then muscle aches.

She found herself lying down briefly in a theme park pathway. From the corner of her eye, she saw concerned staff members whispering about her. Tentatively they approached. Was she okay? Yes, she answered, responsibly. The next show is soon, right? Ten o’clock, they replied, reassured that she was well. They moved on.

Feeling distant, alone at night she strolled past a darkened lake. She thought, I am happy. In this lake, nothing stressful could ever touch me again. I would be happy for always. She thought this for a few seconds. Then she jolted into full consciousness, wondered, and took herself back to her hotel room.

Different from the flu, she perceived. A travel reaction, she guessed.

Weakened, she slept the entire flight home. Once she awakened, certain that all the other people had left the plane and she’d been abandoned. Panicked, she screamed, once. Passengers stared at her. Immediately she regained a sense of reality, and quieted. People lost interest.

At the airport, a notice directed all passengers who had been in China to report to emergency services. What was that about, she wondered? There must be a contagious virus there.

For another week, she functioned. As soon as she sat still, she slept. Her husband took her to the Yam Hamelach for a day trip. They went to buy snacks. Walking was a chore. Her muscles ached; she asked him to hold the bag with her iced tea and mixed nuts. Astonishing how great an energy toll could be taken by visiting theme parks and traveling.

The next months shook the planet into awareness, closures and distress. The world shifted. Old patterns were not dependable. Her soul tilted off balance. Stability faded, and beauty.

In the absence of minyanim, they invited a few people to daven in their garden. The response was fierce appreciation. They set out tables. At one with those who came before her, she decorated their space. With delicate care, she chose white tablecloths and hand sanitizer, wipes and tissues and plastic flowers in pots. She tidied their yard every day.

So, they built a garden shul. Majestically modest, it mattered. It was stability in a time of instability. Kedusha from chaos. Beauty to brighten their dimmed world.

They weren’t living on the wrong side, now. It was just another side.

On Rosh Hashana and on Yom Kippur, in the ezras nashim of their minyan on covered ground, she kneeled and lowered her head to Hashem in loving and awed submission. This was fulfillment. This defined connection.

On prayer they grew their garden. On faith, on sharing, on reaching beyond. Flying above fate, they didn’t fall, in love they soared.

One evening months into the pandemic, they sat in the quiet company of each other and reflected. We missed trips I planned for us, her husband told her gently, regrettably. He looked into her eyes.

She heard him, and she saw him. This was comfort. Yes, she acknowledged. We didn’t journey everywhere we dreamed. But we found happiness in our own yard.