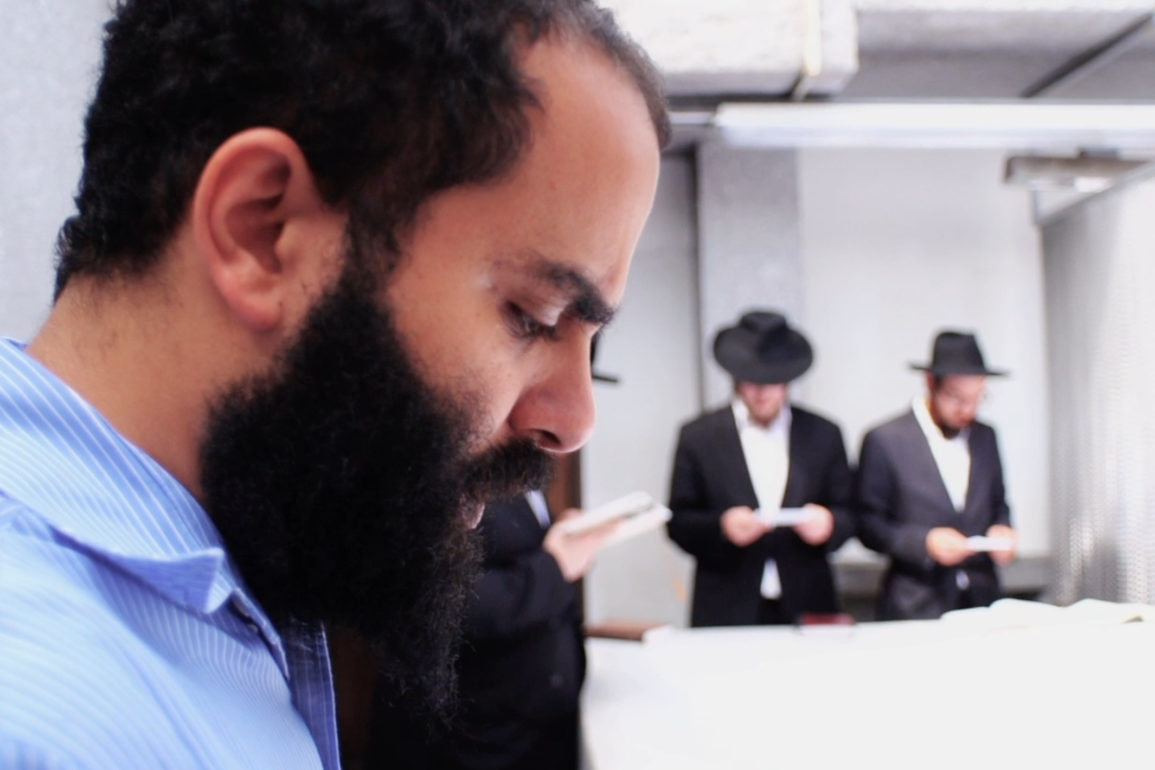 I’m No Longer Chabad, So Why Do I Still Have A Beard?

By any measure, I’m no longer a “Chabadnik,” the shorthand for labeling someone who follows the traditional path we associate with a Chabad Hasid.

This is thanks to my embrace of Modern Orthodoxy, specifically the Torah Umadda approach to Judaism, one that is in many ways in direct opposition to much of Hasidic philosophy.

It’s true that I still deeply believe in much of Hasidic ideology, and I feel like the Rebbe of Chabad is my rebbe.  I write him letters still, and I have made drastic changes to my life based off of the “responses” I’ve received.

But still: I don’t wear a kapota anymore, the Chassidic outfit worn by married dudes on Shabbat (or for some, all week).  I don’t wear a black hat anymore.  I don’t even go to a Chabad shul or plan to send my daughters to Chabad schools anymore.

So why, then, do I still have a beard?

Why do I get paranoid when I get a haircut, ask them to trim my mustache, and freak out if they come close to even one little hair beyond?

People ask me this a lot.  But perhaps not as often as I ask myself.

By the conventional standards of orthodox Jewish culture, the easily delineated boundaries that separate all of us, I suppose I’m an anomaly.  And sure, it’d be easy to just pin my weirdness on my being a baal teshuva.  I think I did for a while, I think some others around me did too.

Maybe I’m lost.  The pain of disillusionment when seeing that the Hasidic world wasn’t I hoped it would be, that the orthodox world itself is so deeply flawed that it can be mind-boggling…

Maybe there’s something wrong with me.  That I’m bipolar.  That I’m an artist who can’t keep from thinking outside the box, and who somehow just ends up in another box.  Maybe I’m stubborn or uninterested in growth or haughty with the way I look at leaders in the Jewish world with suspicion, with the narrow eyes of a questioner.

But none of that is really a reason to keep a beard.  They explains challenges, perhaps.  But no amount of haughtiness or rebelliousness or creativity or bipolarity would be enough to motivate me to keep something like this on my face for so long.

I don’t need it.  It, in fact, is quite a troublesome bit of ornamentation.  One that immediately causes people to have assumptions about me, whether they’re secular or religious.  One that makes me look disheveled, as my poor mom liked to remind me of when I first grew it out.  One that has this weird thingy sticking out of it on the chin so I look a bit too much like Jafar from Aladdin if you look at me from the right (wrong) angle.

Even worse, I often get mistaken as a representative of Hasidic Jews.  And when I do or say something that is quite… non-Hasidic… I get criticized on these grounds.

By all measures, this isn’t a logical way to live my life.

So the question remains: why keep it?

I’ve discovered something about my beard.  Something that I wonder if others who have lost theirs or kept theirs have felt as well.

It has a life.  Or, more accurately, it responds to my life.

When I’ve lost that internal connection to God, when I’m feeling adrift, confused, lonely, afraid… when I’m not studying Torah, or praying enough, or thinking enough… when that disillusionment hits hard, when the leaders lie, when the heart aches… my beard truly does feel just like an ornament.  Like it could come or go, and it wouldn’t make much of a difference.  It is a weird feeling, almost as if it is not part of me, as if it is clothing instead of part of my body.

In other words, it feels dead.  Sometimes I imagine a rat has died on my face, stinking my nose up, reminding me of all the things that pain me, or have deadened within me.

And then, when people ask me why I have a beard still, or why I don’t wear a kapotah but still have a beard… I think, I’m not really sure.  The dead rat is growing more rancid, and just reminding me of what I feel I have lost.  Maybe they’re right, maybe this is silly.

But then, in those dark moments, something happens.  The stench is too strong, the feeling of wearing clothing instead of having the Thirteen Attributes of Mercy radiating from my face, that I start looking around.  Start searching.  Start digging deep, deep, deep.  Into my mind.  Then my heart.  And finally, hopefully, my soul.

And as I search, and I dig, and I discover who I am as opposed to who I am not, I can feel my insides filling, my heart pulsing, my mind engaged.  I am me, I am not just a vessel busy pushing out the poison inside, with nothing left in the end.  I am a vessel filling.  And each time I go through this process, my insides feel clearer, more pure, and more life-giving.

The ultimate result is felt in my beard.  It is no longer this dead thing on my face, it is a flowing, living thing, like the sea.  It’s been cleared of pollution, and now it has the ecosystem necessary to come alive.

Of course, the standard answers apply too.  Yes, halacha plays into it.  Yes, I’m holding onto the origins of my Chabad beliefs.

But ultimately, the reason halacha and my belief in Chassidus matter is because, to me, those things are true.. and real.

And identity is a dead thing compared to truth and reality.  The need to put myself into an easy-to-categorize box is nothing compared to feeling the ultimate extension of my life flowing through me and out onto my face.

Which is why, as time has passed, I’ve realized how much the outward-defined boundaries and the people-controlled definitions I’ve held onto have fallen away into the trash every time I’m feeling dead inside and rediscovering who I am.  The beard itself, its proud proclamation of personal, Godly, truth as opposed to a sign of external definition, has become the living metaphor and the sensor for that separation.

And I’ve discovered that the more the rest of my outward appearance contrasts with my beard, the more proud of it I become.

Not because I’m just some anti-conformist.  But because, at least in my case, being true to who I am happens to conform with nonconformity.

In other words, if I just got rid of my beard, it would have nothing to do with who I am, because I am not Modern Orthodox, and I am not Chabad, nor I am any other word used to help people make sense of the world.

I would be living a lie.

(Note: this is not a burn against people who choose to define themselves in such ways.  This is about the definition starting from within, no matter what form it takes.)

If I got rid of my beard, I would be simply falling into the trap that disillusionment and and confusion trick us into: that we have to keep looking for answers outside of ourselves instead of by digging inward.

I am not an identity, I am a soul.

And it is my beard that has helped me realize this.  My beard is the guide by which it’s all happened, the rope by which I’ve attached myself to inner truth instead of outer definition.  True, it lives outside of me, but at its best it connects to the deepest part of me.

So, why on earth should it go?