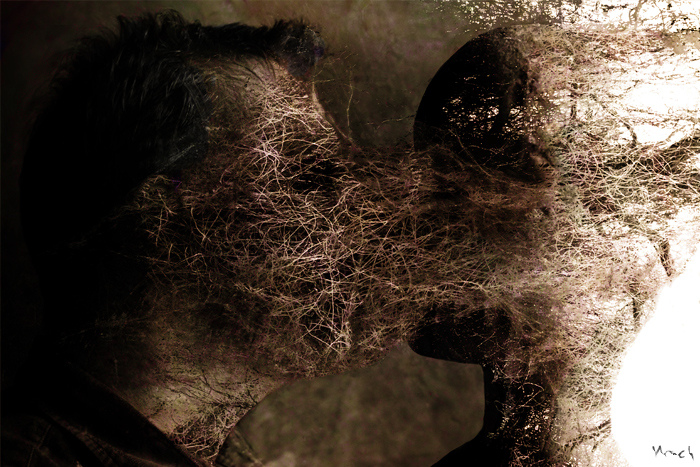 You Are Not Your Mental Illness

A few years ago, I started a website called “Our Bipolar”.  It was a social network for people with bipolar, and it was a little pet project that I did before I left for Israel after college.

It ended up becoming much bigger than I expected, and grew quite rapidly.

And what resulted amazed me, and I’m still sad that I hadn’t kept it going due to my studies in Israel.

In short order, a thriving community of bipolar folks banded together.  They gave each other support, they joked, they got in touch with each other, they became friends.  One person told me later that he had been thinking of committing suicide one day, but after spending some time on the site, he suddenly felt like there was something worth living for.

It was quite beautiful.

But I remember something else happening as well.  Something that bothered me, and that I wasn’t sure quite how to deal with, because I disagreed with it strongly, but I wasn’t sure how to approach.

There’s this thing that happens, it seems to me, when you get a bunch of people diagnosed with a mental illness together.  They start to describe everything they do as revolving around their illness.  The freedom that they have, that they have nowhere else, to speak about their illness with total freedom, without judgment or people raising eyebrows, takes an air of bravado.  They suddenly are free to say, “I was manic yesterday and so I went out shopping and spent way too much money!”

At first this seems great, this freedom.  This ability to speak your mind and say what you want, and finally be able to say you did something dumb because of your illness and not because you are stupid or a bad person.

But there’s this other thing that happens, and I think it touches on a lot of the recent controversy around the death of Robin Williams (about whether it was his “choice” or not).  And I don’t think I would have noticed it if I was just a user of Our Bipolar.  But as the person running the site, I would take in a lot of conversations.  And soon I started to see that for some, for many, bipolar had become who they were.  It had become their reality, their truth.  For them, manic episodes were inevitable because they didn’t have bipolar, they were bipolar.  Depression was uncontrollable.

Now, how is this a problem?  It shouldn’t be, right?  To admit that sometimes the symptoms of a disease can pop up out of nowhere, out of our control, is true, and healthy.  Why is it a problem to say these things?

What is an illness?

An illness occurs when our body is not acting in the way it was built to act, thus disrupting our lives.  It is a perversion of the natural order.

It is, in a word, not who we are.  A person who has cancer would never say, “I am cancer.”  They have cancer.  It is outside of them, even if it is in their body.  They hope one day to rid themselves of it, or to at least manage it in such a way that it doesn’t kill them or disrupt their lives too deeply.

This is what I felt was happening to some of my friends on Our Bipolar.  The more they were around each other, the more they spoke to each other, the more some of them seemed to convey that their condition was part of their internal ecosystem and when their symptoms hit, they were like a storm that tore through them.  Weather can’t be controlled.  It’s a natural part of the way the earth works, and natural disasters are inevitable.  I think that’s how some people saw their illnesses and their symptoms.

Ironically, I think the tendency to think this way among people with mental illness is from the very historical forces and people that have had trouble separating the brain from the soul (or mind, if you prefer).  There is a widely-held belief that our thoughts are who we are, and that they can’t be controlled or managed.  And thus, whatever mental issues we are going through are our “fault”.

Because both people see thought, the brain, the way they act and behave in the moment, as who they are.  The person simply thinks that the mentally ill person is “normal” just like the rest of us, which is why they should snap out of it.  The mentally ill person agrees that we are our thoughts and behaviors and emotions, but says, “I am bipolar.  There is something wrong with me.  I will never get better because this is who I am, I am hardwired forever like this.  I am broken.”

Both define a person’s soul by the brain.  The only difference is that the mentally ill person thinks he is forever broken because his disease isn’t an illness… it’s a condition, a reality, as much a part of him as any other bodily function.

In the end, both my friends on Our Bipolar and the people being obtuse who tell them to “just feel better” are wrong.  An illness is not something you are, it’s something you have.

Why does this difference in thinking matter?

Because it allows you to both accept that you are normal while also accepting your symptoms without judgment.

A person with cancer does not feel guilty for the tumor in their body.  Why?  Because it is clear that the tumor is not something their body is meant to produce.  It is unhealthy.

A person who believes he is inherently broken cannot imagine that there is a cure.  To imagine a world in which he is not depressed or manic is to imagine a world where he doesn’t exist.  The idea of treatment seems silly.  Rather, drugs, alcohol, gambling, and other addictions are suddenly very attractive because they provide an escape from an unbearable reality where he is a broken vessel that cannot contain the life within him.

This is why the argument about choice got so out of hand when discussing the death of Robin Williams (and why I ended up editing my own piece about him to completely remove any use of the word).  An ill person may not be able to control his symptoms in the moment (or it may take a Herculean effort), but he almost always has the option to receive treatment.  He almost always has hope.  He almost always access, somewhere somehow, to tools, drugs, and people that will help him deal with it.

But he cannot have hope, he cannot effectively treat himself, he cannot grow and change, if he identifies himself with his disease.  He must first say, “I have my mental illness.  I am not broken.  I am not bad.  This disease is outside of me.  It is something I deal with, but it does not define me.”

Someone with cancer may deal with it for their entire lives.  But they will never accept that they are cancer.

You are not bipolar, depression, mania, schizophrenia, or anything else.  You are a soul.  You are beautiful.  Just because there is dirt on you does not mean that you are dirt.  Your brain is not you.  When it gets sick, it does not mean you are sick.

You are beyond that all.  You are infinite.  You are good.  You are normal.