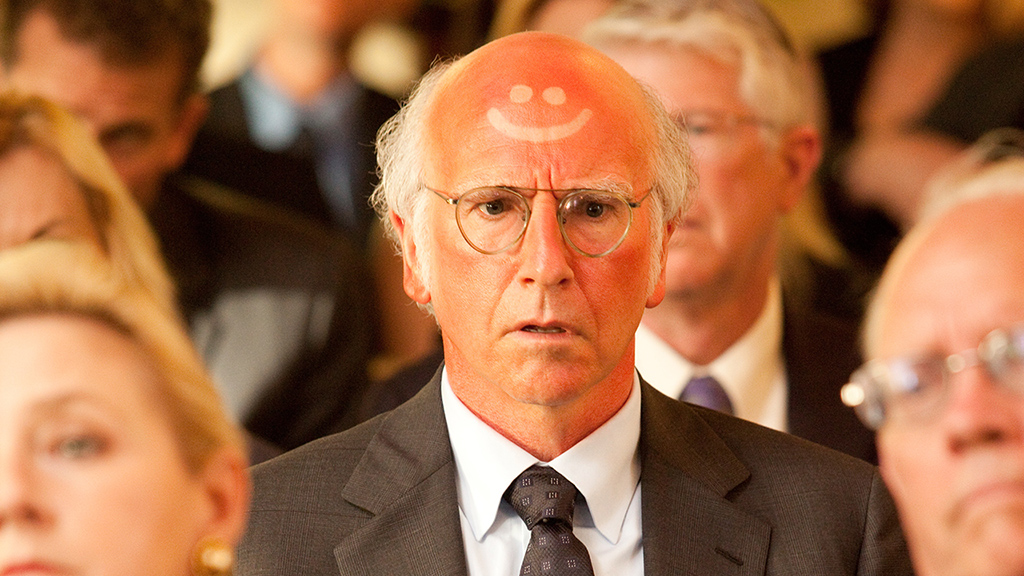 So, there I was… scrolling my newsfeed.  And I ran into this Humans of New York post: I remember having this distinct feeling of, “I hate you so much.”  This feeling like, “How could you?”

What was this poor man’s sin, that he was so happy, so content?

Well that was exactly it, wasn’t it?  That he was so happy and content.

My wife and I have talked quite a bit about how we’d like to leave New York City, get the hell out of this place that makes you use all your money so you can live in a shoebox packed inside of a big closet full of other shoeboxes.

But that wasn’t the reason I was angry with him.  It was just that he was happy.  And I know I never will be.

Now, let’s be clear.  I’m referring to this guy’s happiness.  Like, life is perfect, and I’m content, and I need nothing else and the world is a good place.

So if me and my wife ship off to Vermont, I’m still going to be unhappy.

I’d find the reasons.  There won’t be enough other religious Jews.  There won’t be kosher restaurants.  The people are too liberal.  I don’t know, there’d be something about Vermont that would make me uncomfortable, unhappy, uncontent.

I’m sure I’d love it too.  Much more than New York City.  But I wouldn’t be content.  I’d always be looking around, like a rat looking for cheese, for something else, something more.

Since that fateful moment on the net, I’ve been trying to figure out exactly why it is that I’m convinced that I wouldn’t be happy in Vermont, or anywhere, or any time.

And I think I finally figured it out: it’s because I’m a Jew.

Why do I think this?

Simple: every other Jew I’ve met is the same.

When I was growing up in secular Highland Park, Illinois, that’s something like 120% Jewish, no one was happy.  I mean, they had happy moments.  But they were all trying to achieve something.  Or fix something.  The high school kids were dying to get into good schools.  And I don’t mean in the normal way, but in some sort of pathologically insane way, a way that made the entire school’s energy be focused on that goal.

The adults, they were always trying to reach higher, you could see it.  It was one of those upper-middle-class Jewish places.  Everyone was trying to reach the “top”.  I’m sure they all still are, God bless ‘em.

When I moved to Arizona, there weren’t many Jews, but I remember being able to pick them out.  They tried to blend in, the ones there.  But you could tell who they were by their twitchiness.  I remember my friend Jenny, she dated a Jewish guy, and he was never happy with the relationship.  Poor Jenny, she didn’t know what we’re like.  He complained and complained.

Then I moved to Israel, land of the Jews, and homeland of the unhappy.  Everyone’s scraping over there.  Scraping to live, scraping to get by.  But it’s not just that.  It’s this general shiftiness, this general lack of being able to just stop and love life.  For example, if I ever see a line in Israel that isn’t being cut by someone I will faint and might have another near death experience.

And then I came to New York, the other land of the Jews, and my gosh, over here they don’t even hide how unhappy they are.  They talk so fast, like they think the world might explode soon, and they just want want to make sure to finish their thought before it happens.  They seem to always have this pressure on them too, like the entire city is weighing itself down on their backs, and they walk around with depression, anger, heartache, that they don’t ever seem to hide (except in Crown Heights, everyone’s happy here).

So, no, I don’t think if I moved anywhere, I’d be happy.  And I don’t think any Jew would be either.  Because Jews are unhappy people.

So, who am I to argue with science?

Well, it’s because I’m right and science is wrong.

Let’s look at the criteria these polls used: in the most famous Gallup study, they wanted to know who was diagnosed the most with depression.

Apparently Jews are diagnosed the least.

Besides all that, someone not being depressed doesn’t mean they are happy.  They aren’t that guy in the Humans of New York photo.

In fact, I’d argue that part of the reason we are less depressed (assuming that’s actually true) is because we are unhappy.  We aren’t content.  But we’ll get to that later, at the end, when I get all inspirational on you.

No Jew is content, I think, because we are inherent perfectionists.  Not necessarily only within ourselves, but with everything.  It drives us crazy to live in an unjust world, which is why so many Jews have led revolutions and civil rights movements and still think that Occupy Wall Street actually changed something.  It drives us nuts that we don’t understand freaking anything about the world, in terms of all its secrets, which is why we’ve been so successful in the sciences, winning 22% of all Nobel prizes, despite being .25% of the world’s freaking population.  We changed show biz and made it what it is in so many ways because we were like, “Show biz right now sucks, let’s make it awesome.”

And so those are the more refined, higher expressions of our lack of contentment.  But they’re really just part of our overall mindset, just a revelation of who we are.

To be a Jew is to be unhappy.  To be a Jew, no matter how hard we try, is to want things improved.  Improved until there are no problems anymore and everyone’s happy.  Because unless the world is perfect, unless the world is completely just, unless we understand it completely, unless we make it the most rockin’ rollickin’ exciting place to be on the universe (there’s probably some planet out there that has better Netflix shows), we will be completely uncontent.

Sometimes that unhappiness gets directed in the weird ways I described up top.  The need to achieve or the talking like the world is ending.  But it’s from that core of wanting every single little thing to be absolutely perfect that makes us act like this, think like this, be like this.

And that’s why we’re the least depressed people in the world.  Because if we’re being true to ourselves, we’re trying in some way to perfect reality.  And that effort, those revolutions, those peace marches, those Nobel Prizes, those comedy shows, those have forced us to live lives of meaning.

Perhaps the reason orthodox Jews are less depressed is because they wouldn’t touch a psychologist with a ten foot pole, but perhaps it’s also because the structure of religion makes it slightly easier for them to find the meaning that every Jew is dying within to experience and live out.  I’m guessing it’s the pole.

And so now we’re at the inspirational part: being unhappy, not being content, is not a negative thing.  In fact, it can be a great thing.  It can lead to the world being changed, to life on earth improving drastically, to major discoveries, to funny shows.  It can even lead to Facebook, where you probably heard about this blog post.

And more than anything, it can lead to us finding meaning in our lives and helping others find their’s.