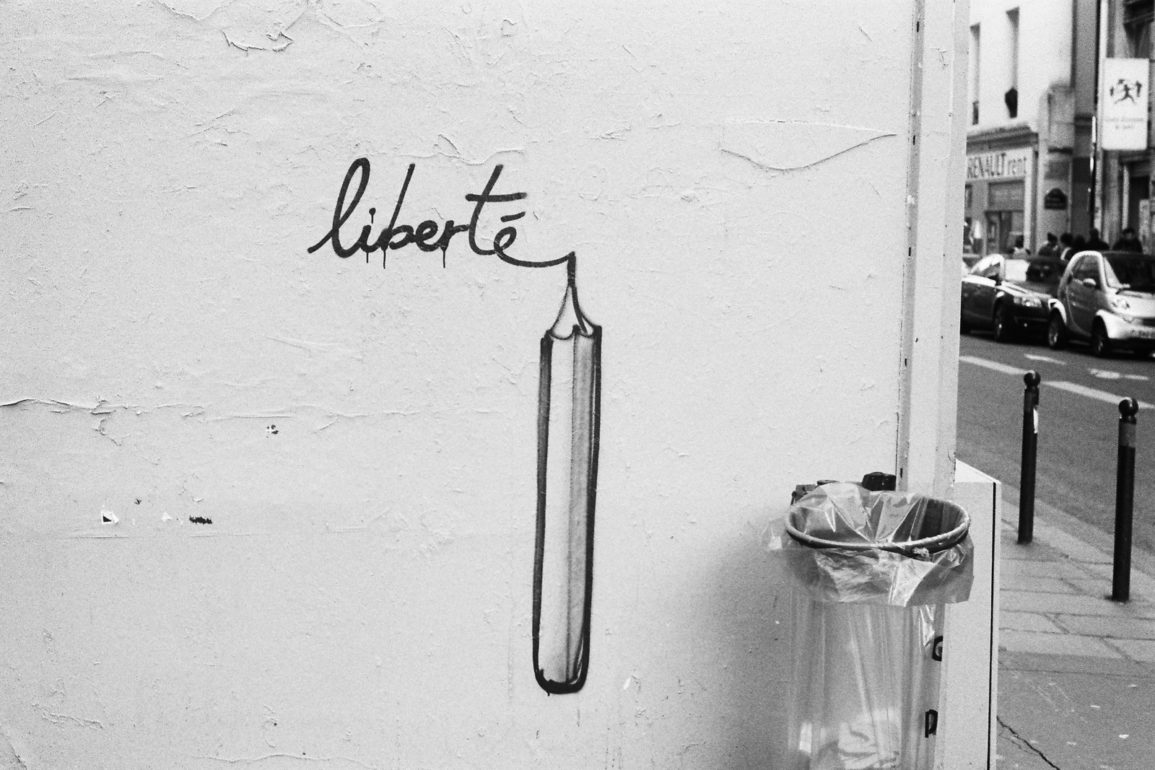 You see, I haven’t been entirely forthcoming with you.  No, no, please don’t get upset.  And for the record, Matthue had a lot to do with this too.

Now, when we started Hevria (by we, I mean me and Matthue, in case I haven’t made that clear), we had a bigger plan than we let on.  Actually, a bigger plan than our brains allowed us to consciously process.  It was more like our subconsciouses playing a trick on us.  It’s possible God had a hand in it too.

But there was one thing we knew for a fact: Hevria is not a website.

I mean, you’re on a website, and it happens to be called Hevria, so I could understand the confusion.

You see, I work in marketing.  In marketing these days, there’s a concept of “pull” vs “push.”  Traditional advertising, the kind that you see on TV or in pop-up ads, is “push” advertising.  It is an attempt to yell a message at you until you finally can’t take it anymore and say, “Okay, okay, I’ll buy your more-expensive, less-reliable product!”

“Pull” advertising is when you create something of such value that people are drawn like magnets to it.

This has many uses.  Companies use it to bring you to their site, hoping you’ll be so hypnotized by their blog posts or videos or infographics or meme lists that you can’t help but do a bit more exploring, or at least sharing, and hopefully buying.  It’s still advertising, just one that’s more focused on being a magnet than a yell.

What does all this have to do with Hevria?

So if you’ve read Hevria, you’ve been marketed at.  If you’ve followed us in any way, by liking our page or subscribing to emails, oh boy, we’re getting in your head.  All of this, this website, the Facebook page, the emails, they’re all part of a devious master plan.

In other words, calling Hevria a “website” or a “blog” would be the equivalent of calling Walmart a website.  I mean, they have a website, but it’s not who they are.  We’re just like Walmart.

So what are we, then, if not a website?

To be more specific, what exactly is it that we’re trying to sell?

Simple: revolution (or if it makes you feel better, a movement).

Now, I know most Jews, even the fun ones, aren’t into that word.  It implies upheaval or change.  And, to be fair, Jews generally haven’t faired so well in past revolutions.

So, let me clarify.

The Jewish world right now is imbalanced.  It is, by and large, left-brained (logical and analytical).  It is divided neatly into camps that obsess over their “push” marketing of selling their point of view at the expense of others’.  And most in the “establishment” positions, no matter the camp, are so afraid of change that evolution of our beautiful community has ossified.

These three things combined have created a situation by which the Jewish life is emptier than it should be.

Our left-brain thinking has effectively caused countless Jews who love their tradition to also feel that they cannot connect to it in a truly meaningful way.  If only because they are creative thinkers, and there are few outlets for them to live a creative life.

The divided camps and the “push” marketing have created a world in which the Jewish life is seen as less rich than it has the potential to be.  A world in which the Jewish world is so very colorful, but since we feel we must protect and fully identify with our community so much, we have the feeling that Jewish life is black-and-white.  Up-and-down, higher and lower people.  Not horizontal, not broad.

And the fear of shaking the status quo by those with the power to make the very changes that would address these issues has caused them to ironically lose their power.

I don’t mean to come off as alarmist, because we as Jews are probably better off than we’ve been since we had a freaking temple.  But that the “better off-ness” has created new challenges, ones that require an adjustment in how we work as a community.

Creativity encourages changing the status quo, because its core is in changing the creator’s status quo.  In doing so, the person understands the power of inner evolution, and thus its necessity in the world at large.  It is no wonder, then that those with power are afraid of change: they aren’t creative.

And that fear, and that inability to see outside the status quo has led to some devastating problems:

Creativity, an openness to other Jews and ways of thinking, and a shakeup of the establishment’s thinking , are how these issues get addressed.

But just fixing problems isn’t even what Hevria is about. We’re not about burning things to the ground.  We’re about building something new.  Our revolution is one of creation, not destruction.  I merely point out the problems as a way to make very clear how much I think we need this revolution.  We are so far imbalanced that we are losing people, literal lives, because of it.  It’s time to restore balance.

Which brings us back to pull marketing.

Hevria is not a blog, and it’s not a website.  It’s a movement.

The website is part of our marketing the movement.

The first step in this marketing is the incredible writers of Hevria.  The beauty of our writers, among other things, is their diversity: we are not trying to change Judaism, overthrow anything, or suck you into a camp.  We’re trying to get you to think differently, to think outside the box.  The diversity, and the passionate disagreements we often have, is the source of our power to attract people.

But there’s another step.  The next step is community.  A community of people who have always felt the Hevria message in their bones, who have been dying for it without even knowing it.  It started off in the comments, and it slowly evolved to our Facebook page, and now, more than ever, our community is located in a Facebook group called Hevriabook, with over 1,000 members.

The idea behind all of this is that those with Hevriablood are made up of two groups of people:

That is why the internet was the first step to creating our community.  This is a community made up of people moved by a certain kind of internality, one that is alive in them in many different forms, and one which is spread throughout the Jewish world.  Their very loneliness (or lack of awareness) is what makes the internet the best way to reach out to them.

And it is why “pull marketing” is so effective in bringing us together.  We aren’t yelling, “Be creative! Be different! Join us!”

Instead, we’re each individually whispering, “Hi there, here is what I think.  You don’t have to agree, but perhaps we could join in dialoging about the kind of thinking I’m doing.  Let’s talk.”

It starts with our writers.  It’s spreading to our community.  And soon, it will spread to the Jewish world.

I know I got pretty serious up there after a bout of attempting to appear funny.  But that’s because this is serious business to me.  It’s serious business to Matthue and I.  We’re slowly becoming aware of how much this matters to us.  I’ve taken to working half-time.  Matthue and I meet almost every other day during our lunch breaks to work together on it.  We want nothing more than for this to evolve into something bigger.  Not for Hevria, but for the goal of the movement.

Hevria is the means by which we want it to happen.

Marketing needs to lead somewhere.  Right now, our marketing starts somewhere, goes a certain distance, and then ends miles away from its goal.

We have dreams.  Dreams about how the movement of infecting Jews with creative thinking will start to spread like an epidemic.

Things as small as turning Hevria into a print publication, and as large as creating “Hevria Houses” around the world that will serve as the physical versions of our website, where art, creativity, and a true home for funky Jews will finally be built without ulterior motives.  We want to do more events, and we don’t want them to be stuck in Brooklyn.  We want to expand the voice of our community, the lively amazing thing that is happening in Hevriabook right now.  We want to start an educational program that teaches creative thinking to the Jewish world.  We want to start a publishing house that will publish the books both Jewish and secular publishers won’t touch, in the same way that we publish writing on our site that isn’t published anywhere else.

Do you understand now?  Do you see how a website will never be enough?

The thing is that most people imagine organizations like Hevria as starting with the big stuff and doing the marketing afterwards.  It’s why there is a graveyard of failed Jewish nonprofit startups, because they are trying to make a change so big that they don’t have the support to make it happen.

We are doing it the opposite way.  We are starting by showing you how important the movement is, the revolution.  We are bringing you together and making you leaders too.  We are circumventing the people in power who won’t support us yet because they don’t understand our relevance or see us as a threat.

It’s been almost two years now since we launched, and it’s only beginning to feel like we’re getting to that place where we deserve to start asking people for money, for support, or simply to imagine the bigger Hevria that we imagine.

But if we don’t go to the next level, if we don’t pursue this with all our hearts, if Hevria just stays a website that doesn’t pay its writers… we will have failed.  Obviously I am incredibly grateful for how far we’ve come, for how much our writers have already helped transform the Jewish world.

But this is the beginning.  This is a preview.  This the marketing.

Coming up next: the revolution.