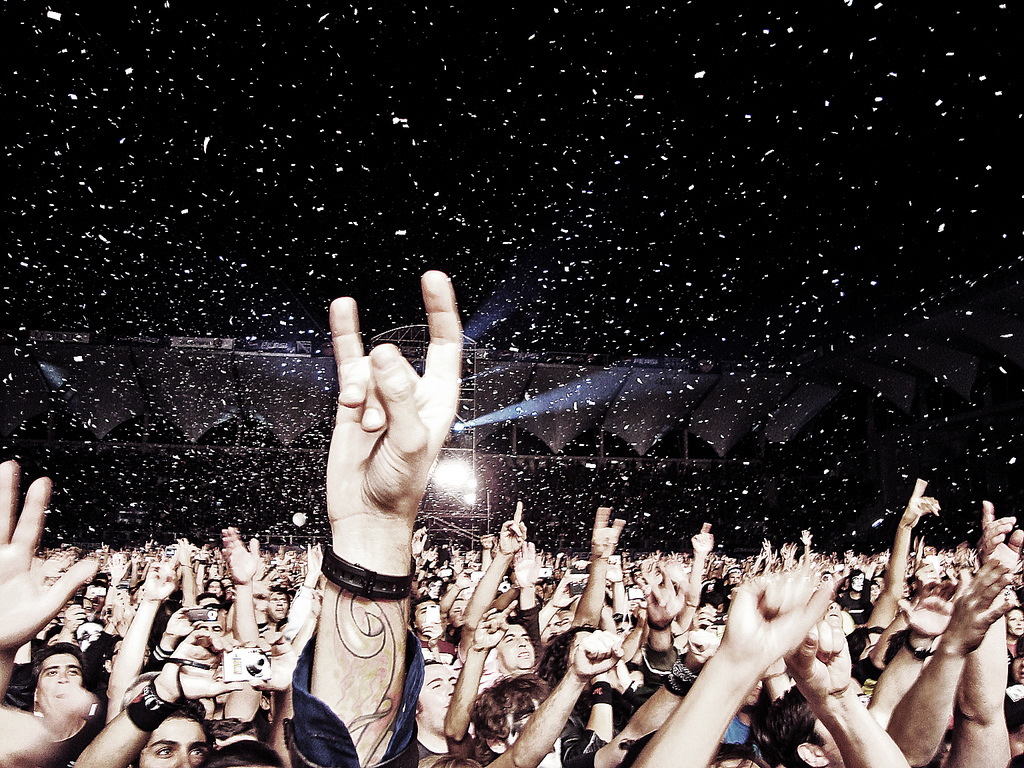 I remember that feeling of excitement.

We looked around and we saw all sorts of potential.

There were the people who were playwrights.  Who once worked for big tech companies.  Musicians and philosophers and community organizers.

But most importantly, there were thinkers.  Incredibly bright young people who were full of potential.  People who were so willing to go against the grain that they eschewed their entire worldview in order to embrace one that was, in the rest of the world, going quickly out of style: that of the religious.  That, not just of the religious, but the deeply religious, the traditionalist, the (one can hardly even imagine us using this word once upon a time) conservative.

The potential, we felt, wasn’t just in this world that we had discovered, but in us.  We were coming armed with our vision of the world that had been instilled since we were young: that we had the power to change things, that we mattered, that if we embraced our inner core, we could do amazing things.  And so when we applied that to a religious context, we couldn’t help but be excited.  We would take all those skills, the playwrighting, the tech businesses, the music, the community organization, and we would apply them to making a world G-d would want to dwell in.

How beautiful.  What a vision.  And not only that, a vision within reach, a vision that was altogether too reasonable, if we truly acted on it.

I’ve been thinking about that time quite a bit recently.  About the people I knew, the potential we all felt, and what has happened since.

It has become abundantly clear to me as I look around and think it over and read articles about what us baalei teshuva are up to, that we have not achieved our potential.  That excitement we all felt, that energy, seems to have been directed somewhere, into something else.

We’ve achieved one great thing: we’ve avoided tragedy.  The loss of Judaism in the modern world, the reinvigoration of energy in the orthodox one.  Much of that is thanks to the folks willing to take a risk and turn their lives inside out because they feel they see truth in the Jewish way of life.

But if we look around, it seems that so few of the things we thought would happen have happened.  The playwrights joined the movement and yet they are no longer writing plays.  Or they are writing them, but not sharing them, afraid of standing out.  Or they just don’t have the time, because of the overwhelming nature of taking on the life of a religious person with a family.

And it’s not just that.  Not just about professional achievement, because that’s not really my point.  I’m not trying to say people should be “more successful”, because the truth is I don’t think that’s what the baalei teshuva who’ve limited themselves are worried about.

No, it’s also that this person who might be a playwright or who was a philosopher or a community organizer or a businessperson… he or she is not different any longer.  The energy that was directed at that revolutionary feeling in the air, it seems to me, tends to dissipate after leaving yeshiva, or maybe just after the first few years of experiencing the baal teshuva high.

Now, you may say that I’m overblowing this issue: that a baal teshuva should be melding into their community, should be fitting in and focusing on becoming a “good” religious person.

The problem is this: the world isn’t good, and a baal teshuva has a unique opportunity to make it better.

Here is something that is unfortunately not acknowledged enough, that is seen as almost shocking to believe, even heretical. But it shouldn’t be: the secular world has a lot to offer the orthodox world.

This took me a long time to realize because, often, the process of becoming a baal teshuva involves rejecting the world you came from, trying to see all the negative in it, so that you can make that clean break, so that you can truly work to change yourself from the inside out.  And, of course, the people who brought us in are often all too willing to encourage that feeling.

It was only when I began to experience the bad of the orthodox world, the cultural aspects that had nothing to do with G-d or Torah, that I realized there was much in my secular upbringing that would benefit the Jewish world if I was properly motivated by trying to bring Hashem’s truth into the world (rather than a simple desire to rebel).

A small but powerful example: art.  Whatever anyone says, the orthodox religious world has a long way to go.  Often, even the people drawn to art do not see it as an expression of their unique neshama, but rather as an expression of their culture.  Thus, we see a billion paintings of tzadikim that look exactly the same.  We see rehashed stories, written no differently than they are told.  We hear music that is no different than the kind they were brought up with.

A baal teshuva that accepts this reality, that tries to conform to it, simply because he believes the orthodox culture is the right one, the G-dly one, is sacrificing his neshama’s purpose in order to conform.  He is killing this aspect of himself, especially if he had access to the lively world of secular art (as profane as it often is).

Art is an easy example, but there are so many more.  From manners to business ethics to sexual abuse, the secular world, the world the baal teshuva came from, has something to offer.  Why else would Hashem have brought him into the orthodox world?  Why would he have made the baal teshuva go on this journey?  To be the same?!  To fit in?!  It makes no sense.  Hashem wants us to take the value of the secular world, transform it into G-dly energy, and meld it into the orthodox world.

Anyone who denies this denies the power of a baal teshuva.  And this is often the reason so many yeshivas, so many rabbis and leaders, often “cut [baalei teshuva] in half”, as Steinsaltz said.  They believe their job is to make us conform.  They are only half right.

And the implications of this betrayal of a person’s neshama are more far-reaching than improving the orthodox world.  As I said, this also applies to the world at large.

There’s a distinctly unfortunate reality of the orthodox world today: it largely has no effect on the secular world.  It is too insulated, even the supposedly more open versions of it, to truly spread its truth to the world in an unbounded way.

This is not to berate the orthodox world, G-d forbid.  Like the issue with art, this has nothing to do with them being unholy and everything to do with centuries of being oppressed at the hands of brutal governments, of doing whatever it took to stay religious in a brutal world, of putting Judaism above all else, and thus cutting off from the value of the secular world.

Baalei teshuva are some of the few people who can help bridge this gap.  This was, in fact, a big part of the reason for that revolutionary attitude we all had when we started off: we were aware of our ability to bring G-d into a largely G-dless world.

But then something happened: we started conforming.  We tried to fit into the orthodox world.  We didn’t want to be different, and we often believed the rabbis’ spoken or unspoken implication that the world we came from had no value, and that we had to give everything up to truly be religious.

And so we did.  So many of us did, almost all of us.  Whether we are aware of it or not, I would argue that most of us have fallen into that trap in some ways.  I say this because I see the effect: we have not brought that revolution into the outside world.  Not even close.

Why make that connection?  Because when we conform too much to the orthodox world, we take on their flaws as well as their strengths.  We are like the sponge that absorbs everything, as described in Pirkei Avos, instead of the sieve.

And so we also adopt the insular nature of the orthodox world.  We adopt the suspicion of the secular world.  And we get so comfortable, as the orthodox world is, just living in our bubbles of reality, that we have forgotten that we once wanted to do a real revolution, not just the one that makes us feel good when we sit together in a farbrengen or a shiur and tell ourselves we’ve accomplished just because we’re frum.

There should be movies about Rashi, tzitsis should be sold in Wal-Mart (Y-Love said this to me once when I interviewed him and I will never forget that vision), and businesses that somehow find a way to bring G-d into every day life.

Without the baal teshuva accepting his role, his unique gift and insight, these things cannot happen.  The secular world will stay the way it is, and so will the orthodox (in that they will only change with the people who have grown up in them and decided to themselves become “reborn” with unique insights).

A baal teshuva is a shortcut to Moshiach.  Each one represents a unique opportunity to bring G-d into the world at large in a way that someone who grew up religious never could.

None of this is meant to be an indictment or an attack of “the powers that be” or the baal teshuva world.  For years, the priority was on making people religious, on bringing them in.

The next stage is when they come out.  When they emerge from the cocoon they’ve embraced and come out as unique beings, as G-d intended.

The only problem that will exist is if we become too comfortable in our cocoon, too sleepy, to easy.  If we lose the opportunity in front of us.  The opportunity to be different, to stand out, to choose a different, unique path and thus light the way for others.

The question will be whether we help that process along, whether we become an engine that pushes it forward, or whether we will take positions with the laggers, the ones attached to custom and not truth, to culture and not G-d.

There are people who are starting to tap this potential, from the new Jewish musical renaissance (a perfect example of baalei teshuva enriching the Jewish world by embracing their secular roots while simultaneously bringing a new consciousness of God into the religious and secular worlds) to the vibrancy of the baal teshuva world in Jerusalem.

The opportunity is in front of us.  We have a chance to take it, to be willing to be attacked and looked down on while doing G-d’s work, or to fall behind and simply be content with the first half of our mission.

The choice is ours.