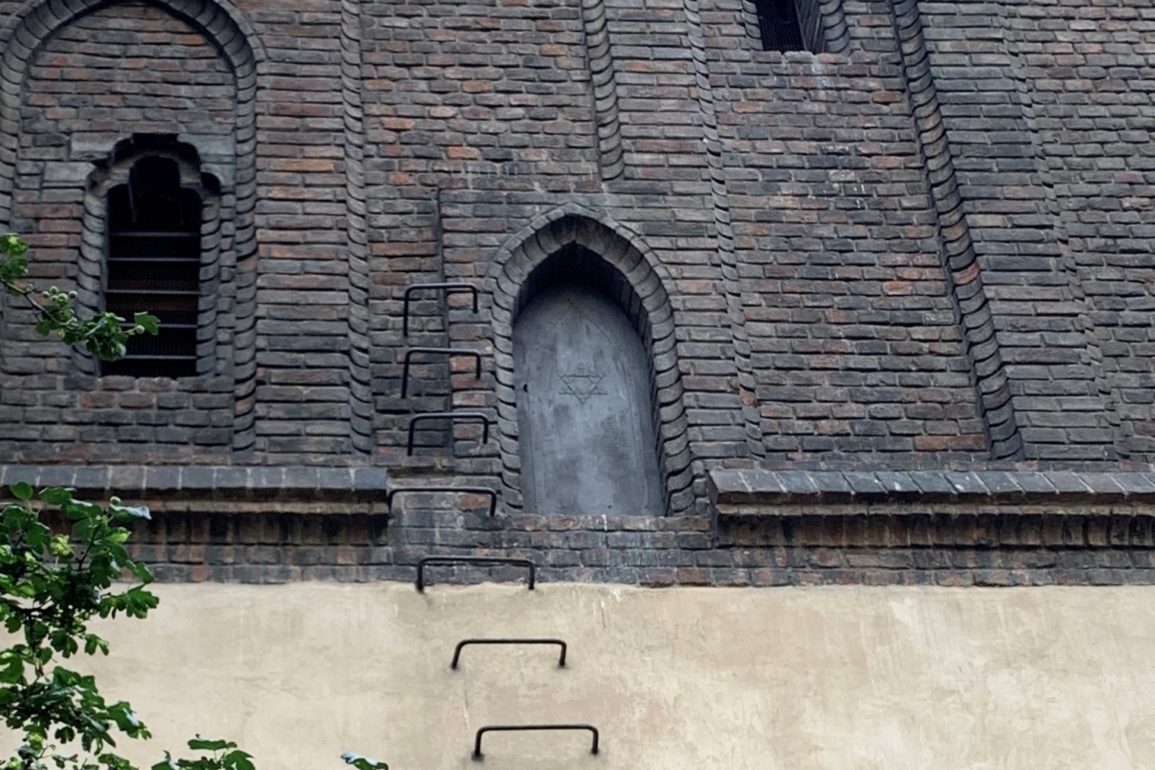 The Golem In Quarantine

The Altneuschul, the Old New synagogue is located in Prague and was built in the 13th century. With the exception of the years during the holocaust, the Altneuschul has been in continuous use for 7 ½ centuries.

Rabbi Judah Loew ben Bezalel, the Maharal of Prague, lived during the late 16th century. According to Jewish legend, he created a Golem, which he formed from clay, to defend the Jewish people and to keep them from harm. When Rabbi Loew would place a piece of parchment, on which was written a  mystical incantation, in the Golem’s mouth, the Golem would come to life.

The Golem sleeps, so peaceful in the attic above the Old New Synagogue, Altneuschul, old and new shul, in his home.

Some who come sound familiar to him, some have accents and come from afar. Old and young, men and women, children, babies with their parents, they all come.

When the Golem stirs, when he worries, the sounds soothe him, the prayers from below, the hushed conversation, and the warm soft breezes that he feels from outside.

There is only one way to get to the where the Golem is, up a sloping ladder whose rungs are attached to the side of the very attic inside which he slumbers. From inside the building, there is no entryway, no door. It doesn’t matter though. No one is coming in, and he’s not leaving. He is peaceful, he is happy, he is fine.

When the Minyan in the synagogue is short one person, when there are nine instead of ten, the Golem says Amen with extra power, and those below sense the completion from above.

This is how it has been always and forever, save for four horrendous years that echo, sigh, and echo on. But now he feels, hears, knows, he knows that something’s different, and he listens and he worries all day long.

He hears no prayers, no scraping chairs, no footsteps in or outside, and he listens for the voices that are gone. When Shabbat comes, his insides thrum, he aches and listens, and he hums, then he stops and strains to hear some prayer or song.

He won’t descend just now to fight the Jewish battle. His master who directed him is gone.  But why no prayer? Still, quiet air? The Golem paces slowly, worrying all day long.

The Golem sleeps, the Golem slumbers, the Golem rocks and can’t find comfort. He worries, shuffles, wonders, looks for sounds. The Golem won’t descend today and not tomorrow, the Golem tastes the ancient clay his tears draw down.