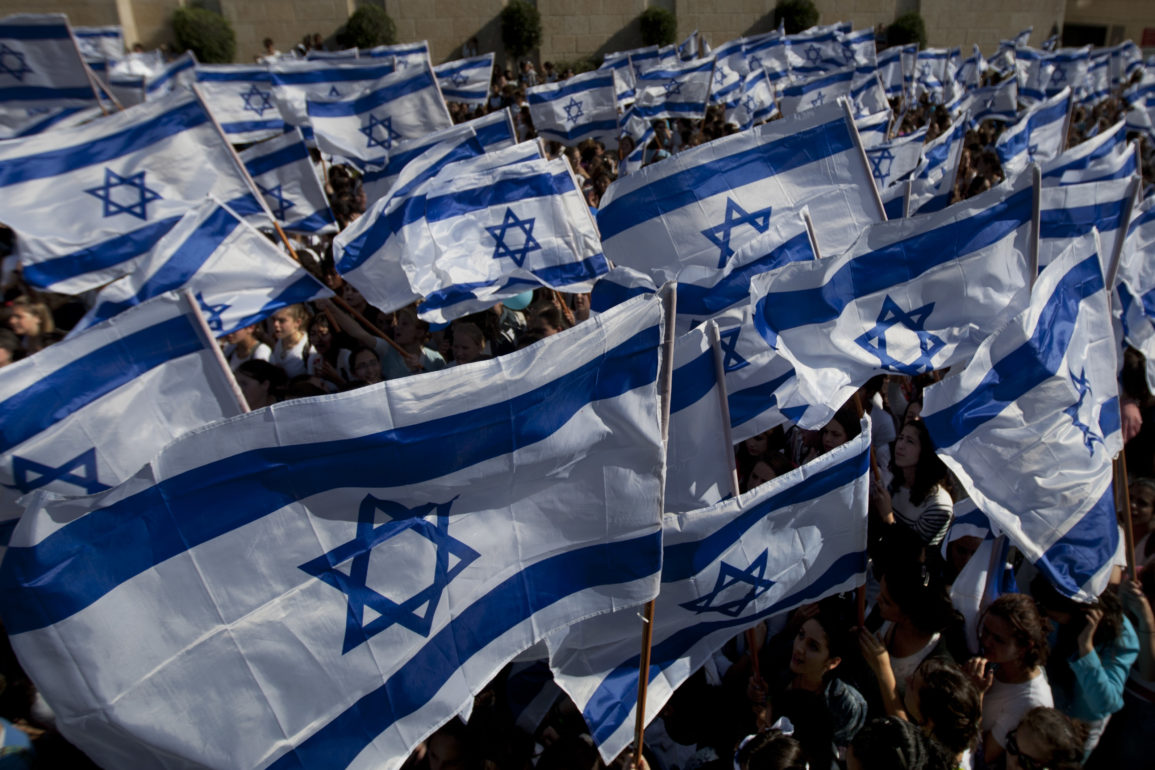 Israeli youths wave national flags as they march in the Jerusalem Day parade in Jerusalem, Wednesday, June 1, 2011. Thousands of Israelis marked the 44th anniversary of the annexation of the eastern part of Jerusalem by Israeli forces in the 1967 Six Day War. (AP Photo/Sebastian Scheiner)
Daniella Levy·November 4, 2015·2 min read

When Standing with Us Is More than Enough

On Oct. 27th, Efrat Lev wrote a piece for Hevria entitled “When Standing with Us Is Not Enough.” Her bottom line was a plea to Diaspora Jews and supporters of Israel to act in support of Israel and not just express support.

I understand the sense of isolation, fear and frustration she describes in that article. But I think casting responsibility on the Jews in Diaspora is taking it too far.

In one quote she brought from a frustrated resident of Efrat:”I’m just sick of ‘taking it for the team’ once again while they just sit in the stands.”

“Taking it for the team”?

I don’t know what it means to this woman to live in Israel. But this concept, that Israel is “the real battlefield” while the rest of world Jewry is just sitting around sipping Coke and eating popcorn, strikes me as a fairly self-focused distortion of reality.

I am not here to “take it” for any “team.” I am here because I am Jewish and this is where Jews belong.

The situation here is scary. We have every right to be afraid and to need support. But you know what? The entire world is scary. So here in Israel, right now, we are afraid of getting stabbed by terrorists… even though statistically, we are much more likely to be injured in a car accident.

In Europe and Australia Jews can’t wear kippot on the streets because of anti-Semitism. In the USA they have mass shootings, gang violence, and police brutality. In fact, the violent crime rates in the USA–including terrorism–are much higher than in Israel.

Terror wins precisely through that warped perception; establishing, through high-profile violent incidents, a false sense that nowhere is safe for an Israeli Jew. The fact is that it is a lot less safe to live in Chicago. When’s the last time you’ve sent a gift basket to the police force that protects the Jewish communities in Chicago?

Why does our fear matter more than anyone else’s?

Diaspora Jews owe us nothing. The Jewish people is not dependent on the State of Israel for its existence–as evidenced by the past 2,000 minus 70 years. Yes, of course this is their mother land too; yes, of course they should all make aliyah if they can. Like I said, I’m here because I believe that this is where Jews belong. But we have no right to expect that every time things get hairy in Israel, all Diaspora Jews and supporters of Israel will drop everything and focus all their energy on what we’re going through.

Efrat Lev’s piece expressed a feeling that exists in a certain community, and I am not dismissing it or saying they have no right to feel that way. But I don’t think anyone has the right to guilt trip Diaspora Jews about not being here or doing enough when times get tough in Israel.

And I want to tell you, Diaspora Jews, that that feeling is not representative of all of us.

I, too, feel dismayed and isolated when my Facebook feed is divided between the Israelis frantically posting about terror attacks and the non-Israelis posting about cats. But when you send even one small note of solidarity, when you drop a line to ask how I’m doing and let me know you’re thinking of me… it means everything to me.

Yes, there is more you can do, if you are able and willing. My heart brims with relief and gratitude when I see Jewish communities all over the world rallying for Israel and doing what they can to support us. But part of that gratitude is because I know you don’t have to, and I’m not expecting you to go out of your way for us. You are just as representative of Team Jewish People as I am, fighting the good fight wherever you are and whatever you do. Thank you from the bottom of my heart for your concern, your support, and your love. It is more than enough.