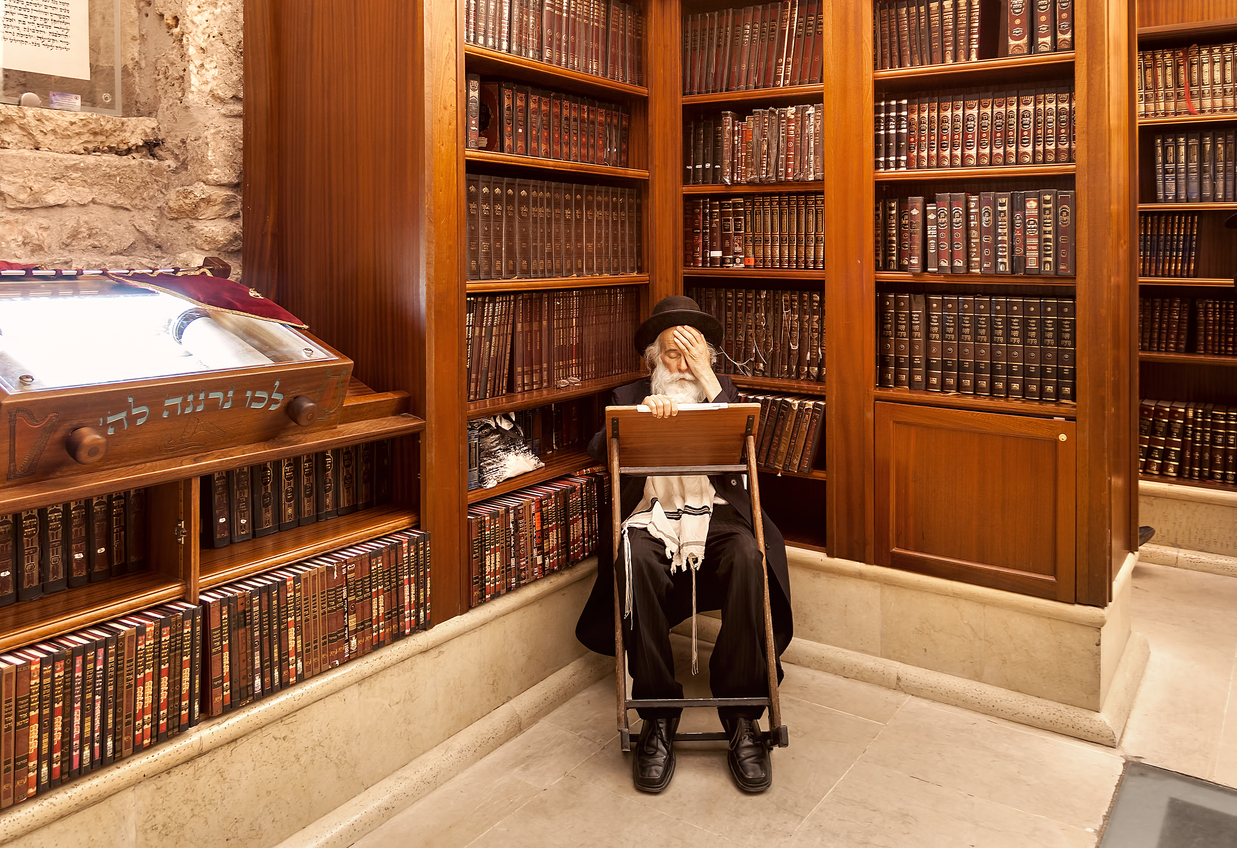 Davening Is Too Long For Me

I want to try to understand what davening means to me. After all, I spend so much time doing it.

In my experience, the typical running time of a speedy weekday shacharit is 30 minutes (or upwards of 45 minutes for Mondays and Thursdays, rosh chodesh, fast days, and the like), followed by another 12 minutes for minchah in the afternoon and 10 for ma’ariv in the evening. On the lightest possible day of liturgy, that adds up to almost an hour out of the full 24. And because our calendar is so rich with special occasions, many Jews often engage in prayer for considerably more than 1/24 of the day.

I wish all this davening would afford me an opportunity for thoughtful meditation, introspection, and closeness with the God of the universe. Some of my Jewish heroes have articulated beautiful expressions of what prayer can and should be, of what I wished my davening would be. R. A. J. Heschel called prayer “an established residence for the innermost self.” Hannah Senesh described prayer as an everlasting element of the natural world, comparable to “the rustle of the water, the lightning of the sky.” For R. Adin Steinsaltz, prayer is “the salient expression of religious emotion in man and of his relationship with his Creator.”

In reality, though, I need all my davening time just to say the words. The daily liturgy—including the 3 tefillot, birkat ha-mazon after eating, and other blessings throughout the day—is so long that 1 hour out of every 24 is the minimum amount of time necessary for me to recite it all without skipping, and with an absolute minimum of concentration. Even the interludes of davening without large chunks of words to say—like chazarat ha-sha”tz and keriat ha-Torah—are busy and rushed, not still and reflective. And I often need to use these interludes of davening to finish reciting the rest of it.

On average, our communities seem to daven at an absurd speed, rendering the words nearly incomprehensible and certainly more rapid than any meaningful conversation between two people. This is not a comment on any particular shul’s style. Rather, as a whole, as a minhag Yisrael, we have apparently adapted our ancient prayers to our contemporary setting by maintaining the quantity of davening at some expense to its quality.

I get it, though; there really is no other way to fulfill the daily mitzvah without seriously altering either the siddur itself or the pace of our twenty-first century lives. If we were to daven at the same pace as we converse with one another, we would need to dedicate several hours each day to prayer.

It saddens me when davening begins to feel like a chore, something for which I have trouble finding time. Just to make it work, I have sometimes resorted to davening in circumstances far less than ideal—minchah without leaving my desk chair, ma’ariv while cleaning the kitchen.

At some point, just showing up became the most meaningful part of davening for me. I like participating in an ancient Jewish tradition and a collaborative communal project, committing time each day to an elementary mitzvah and its rituals. (I also recognize that being a man affords me more opportunities for participation in public davening, and I have never had the experience of showing up and not being counted for the minyan.)

Heschel wrote, in another context, “Regularity of prayer is an expression of my belonging to an order, to the covenant between God and Israel, which remains valid regardless of whether I am conscious of it or not.” I can relate to that, and I hope there truly is validity in my most disappointing, least conscious prayer experiences.

But rushing through all those words often feels pointless. The tanna R. Eliezer may have something to say about this. In Berakhot 4:3-4, the sages discuss the proper format of daily tefillah. R. Gamliel says that we must recite the full 18 blessings of the amidah, R. Yehoshua opts for an abridged form of the 18, R. Akiva holds that those more familiar with the liturgy should follow R. Gamliel, those less so should follow R. Yehoshua. But then R. Eliezer arrives and objects to the premise of the debate: “ha-oseh tefillato keva, ein tefillato tachanunim—one who makes his/her prayers fixed, his/her prayers are not truly supplications.” For R. Eliezer, fixing the format of davening misses the point of davening: personal entreaties to God.

I suspect that if R. Eliezer would witness my davening, he would strongly disapprove. Of course, I cannot speak for any other daveners, but I rarely feel that anything I say out of a siddur can plausibly be called a supplication.

The halakhah does not follow R. Eliezer. Traditional Jewish liturgy instead adopts the position of R. Gamliel, and the shemoneh esrei blessings serve as the centerpiece of our prayers. R. Eliezer’s rejection here can mean one of two things: (1) the majority of R. Eliezer’s colleagues disagreed with his assessment and felt that even standardized prayers can be meaningful tachanunim, or perhaps, remarkably, (2) they agreed with his assessment but disagreed with his insistence that our prayers need to be tachanunim at all.

I would like to think that our davening looks as it today does because of explanation #1, and that many Jews find it personally meaningful. Others may have less trouble with the length of davening, with their ability to attain meaningful kavvanah in the traditional daily prayer format. I have little doubt that the tefillot are experienced differently by different people, and I know that Jewish educators across space and time have worked hard to teach kavvanah, to cultivate personal attachment to the davening service as we have received it.

But I also fear that maybe the length of davening simply reflects explanation #2: we paskened against R. Eliezer, and so we daven for some reason other than personal connection to God. I wish I understood. And I still dream of a davening with fewer words and more tachanunim.