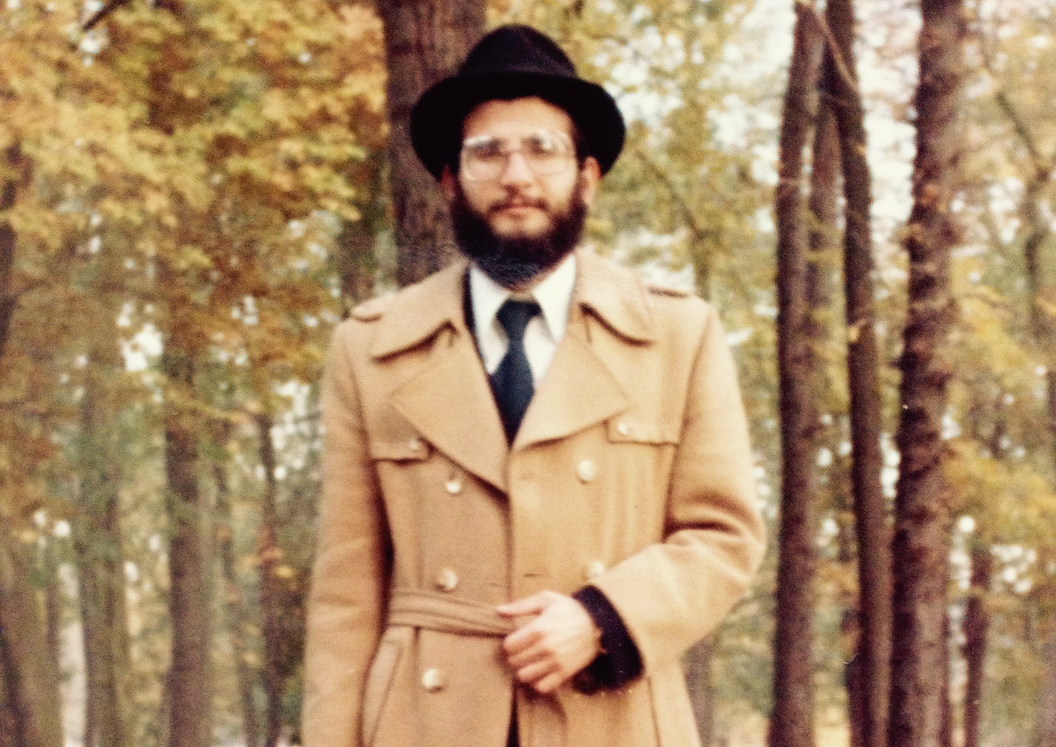 The Day I Beat Death

Birthdays were always a big deal in my house. He waited upstairs as all 8 of us decorated the house with streamers, drawings and balloons and my mother cooked his favorite dinner.

Everything was perfect. We turned off  the lights and my 10-year-old legs sprinted up the stairs to call my father in for his birthday party. He needed 10 more minutes to rest so I came down and we waited under the table to jump out at him in surprise.

We all took turns to call him but after several attempts it was clear that my dad was not feeling well and he wouldn’t make it to his 45th birthday party on Rosh Chodesh Sivan, 14 years ago exactly.

From that day on things escalated. At first, the words were: Virus, Flu, Antibiotics….and then (disease) מחלה, chemo, hospital.

That summer we all went to camp for 2 months but in my little mind, bigger pills, sweeter antibiotics would make him all better by the time I’d come back.

My hopes were in vain, his health had deteriorated. Despite my father’s active nature in face of his bodily enemy, his face proved to be more blunt about his state.

One day at school a friend of mine shouted “Chaya there’s an ambulance at your house.” I ran over to the window, burst out crying and till today cannot unsee my father’s unconscious and frail body being wheeled into that yellow monster truck.

At that time, my father had become a full-time patient at the hospital. My mother juggled her time between  being with him and being with us. She made us pizza parties, organized movie nights and brought us treats to attempt to make things a little better, to keep anything else from falling apart.

Little did we know she was in pieces herself.

Every morning the first words on our lips were “Is he alive?”

I was barely a decade into life and death was looming over our heads in slow motion mode.

I remember landing on a book at my neighbors’ house about a young boy who was very close to his grandfather and upon his return from camp had found out he had passed away. It went on to describe his complete devastation and grief.  At that point, I knew it was over and I hated myself for finding that book, let alone reading it. I felt that G-d had made me read this to prepare me for the worst.

And indeed, several days later, the morning of Erev Sukkot, upon asking the daily question, the silent response, struck me in the chest like a knife. We were told to get dressed quickly and we walked around the block to our house accompanied by Mrs. Goldenberg, who hugged and kissed us with every 5 steps we took.

It was a cloudy day. The silence was deafening, the air was thick; it was impossible to breathe. Passers-by looked at us, frowned, their eyes slowly gazing down at the ground. I kept my eyes fixed on them in an attempt to keep their reactions from reflecting what my gut knew and my conscious was dreading to absorb.

I walked into my house and into my mother’s arms and asked “where’s dad?” to which she responded “That’s it my love. G-d took him back to heaven”. We held each other tight and cried our hearts out, litterally, as I managed “Don’t worry, I’ll take care of you.”

My mother looked at me in shock “What did you say?” I was just as shocked. Why was I speaking this way?

My childhood had ended right there. Just like that, in a split second,  the life I once knew was turning into a series of memories I would have to cling on to forever.

Cancer. There I said it.

But it paralyzed us for years.

The days that followed were a total blur, my face was swollen, my eyes puffy. Time was not existent.

My pillow was drenched from crying in my sleep. My pillow was soaked with the thoughts I couldn’t bear to believe and dripping with the pain I had no words for.

I understood nothing. I felt everything.

Life made my nightmares look so very good.

I don’t think I was fully alive until I returned to school and faced life again. And then, my world crashed again and again….. and again.

It crashed when I asked my friend for some chips at recess. She said ‘’Don’t think I’ll give you every time just because we’re meant to pity you’’.

My teacher screamed at me in in french class “Don’t take advantage of your situation”. Crash

I realized I was an orphan.

I realized I was different.

I realized people who don’t come out of the hospital, don’t come back ever.

My father would never come back. I never got to say goodbye.

Was it all my fault?

Could I have prayed harder?

Would anyone else die?

Saying the word ‘’dad’’ was not an option. At school I would browse the paragraphs in the reading booklet to make sure they were clear of any word like my dad or my father, just in case I was asked to read out loud.

I just couldn’t bear to create the sound of those words without bringing mine back.

There was so so much pain, but it was hard to define.

The years that followed were like watching the longest sunset in the world. The sun hung between 2 zones which made it difficult to understand if the sun was rising or setting. The suspense killed me. Just when I thought things were about to get better, they weren’t. Perhaps it was this way, because I believed it would all go back to normal.

‘’Pain demands to be felt’’ is one of the truest statements made by John Green.

Pain dwells. It is the guest everyone dreads hosting.

It crashes down your doors, sneaks in through the tiny slits in the windows and settles for as long as it pleases. It simply refuses to leave till you’ve spent enough time acknowledging it and giving it the attention it needs. It hurts and it’s scary but no lapse of  time will make it go away completely. We don’t get used to the abnormal, we learn to live with it.

Death makes you question the concept of gravity. The very atmospheric pressure that kept my father grounded both expressed its absolute force and absolute lack thereof on that very day when he said vidui while in the state of a coma. It simultaneously buried his flesh and blood beneath the earth and pulled his essence in to another world. And it is precisely in between those 2 spaces that pain spreads itself out.

But I too was pulled to another world. I had been stripped to my very essence and in the few moments that changed my status to orphan, I simultaneously reached the peak of life yet hit my head on the foundation of death.

That world was lonely, dark and small. Sadly, there was no going back. Planet earth instantly seemed different. People seemed so fragile, their feelings became more tangible and any pettiness, was just that. Petty.

Pain is like salt, it never expires. Proof is we cry salty tears. If we don’t cry them out or get them out somehow then they will settle in us indefinitely, only to explode one day, when we least expect it…. And worst of all amongst the people we love most.

Jump into the driver’s seat for a change. Take control.

Cease to be a spectator of your own existence.

Participate in your own life.

If we stopped blaming our parents, the people around us, our circumstances, and started taking our lives into our own hands we would realize that we have the power to be the result of our ancestors or the solution to our descendants.

You, You are the world.