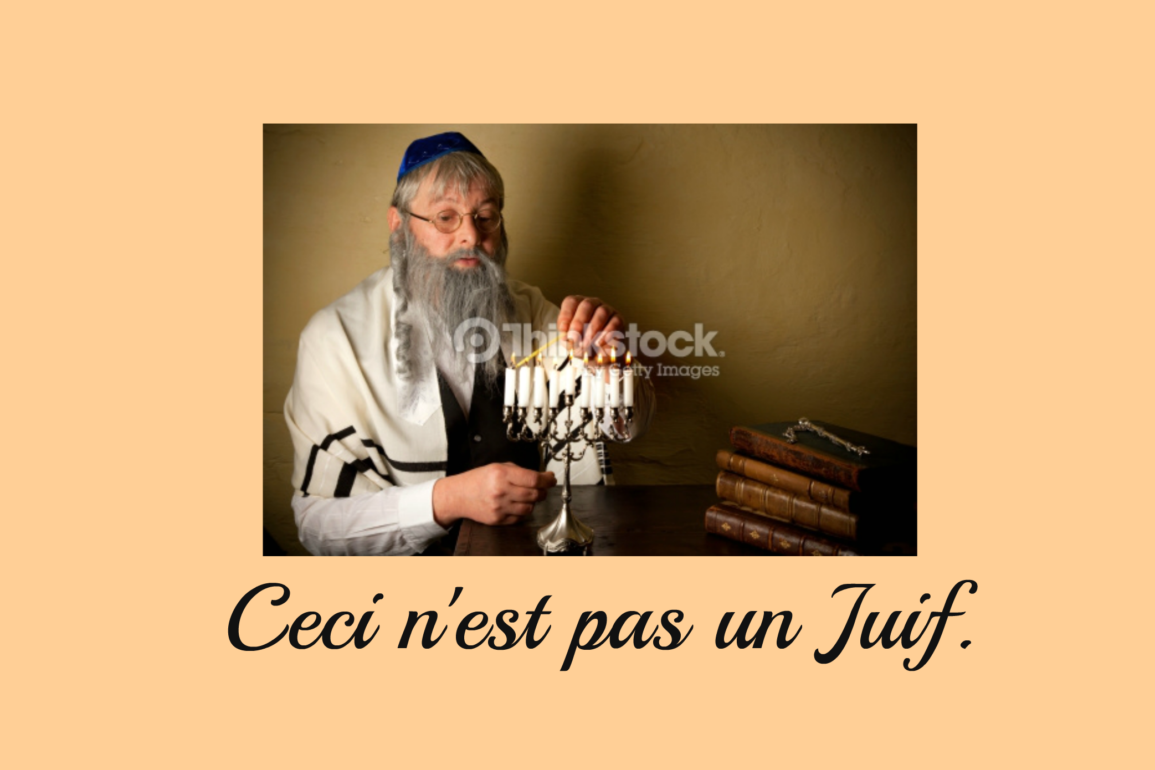 These 20 Stock Photos of Jews Will Make You Cringe

Have you ever looked at stock photos of Jews? I have. My day job involves publishing Jewish content on the Internet, so I often have to find stock photos of Jews. I’d like to share a smattering of the inspired imagery that pops up when you enter “Jew” as a search term on a stock photo site. Rabbi Frankel has been taking a self-defense course. Here he is practicing the knee-to-groin technique. “I don’t always wear fake peyos. But when I do, I feel sorry for myself.” This photo inspired this whole post. The beard is glued on, as are the peyos. He has Breslov peyos and a Lubavitch hat. They stuck a $40 overcoat from Burlington Coat Factory on him, and he’s wearing a wrinkled tallis katan underneath it, over his shirt and vest. By the length of his bangs, it seems that it is the Omer. Is that book upside down? The soft-focus Jewish family from 1987: This photo was taken right before Tad’s mid-life crisis. His wife, Jennifer, convinced him to “do something spiritual with the children” as a desperate attempt to keep their marriage together. Later that night, Tad went on a coke binge with his co-worker, Reid, and puked on the Long Island Railroad on his way to his office on Wall Street the next morning. I, too, believe the conspiracy theory that Elvis was Jewish. I’m so glad they got a picture of everyone’s Aunt Ellen and her mute, perpetually-smiling son, Cousin Chad. Aunt Ellen makes the best Jello mold. Ingredients: Red Jello, canned fruit cocktail, mayonnaise, orange sherbet. Don’t knock it ’til you try it. Aunt Ellen, we’ll put up with Cousin Chad when we come visit you in Florida because we love you. This is everybody’s Uncle Harold. He bets on race horses and smokes cigarettes, but he’s there at every family bar mitzvah in his chai tie (tai?) and his polyester tallis and the blue satin yarmulke that he keeps in the glove box of his Thunderbird. The title of this photo on iStock is “Jewish Rabbi Discussing Religion”. Oh, iStock — Uncle Harold is not a rabbi, unless you count the time he officiated a wedding in Vegas. Yaron is a little too smug about bringing Kristen home from college. The title of this photo on iStock is “Cute Jewish Man”. They took a picture of a shaygetz in a strap-on beard wearing googly-eye glasses and a polka dot vest, and they posed him counting money. What the f*ck is going on here? This dude has a hot dog for a nose, a Chanukiah missing two candles, crossed-eyes, and penguin feet. I’d like to point out that if Dreamstime would publish a cartoon of a Muslim that was anything like this, their office would probably get bombed.

Ah, the angry, frowning Chosid with neither eyes, nose, nor mouth. He stands proudly before the Star of David, saying nothing and looking nowhere. This photo was tagged with the keyword “jew”. Yup: Put a black hat on a sad dog and call it a Jew. The title of this one is: “Jesus, The jewish Israeli Flag spider”. Does the PLO own Adobe Stock or something? Robbie just learned that his mother’s Conservative conversion doesn’t mean what he thought it did. Now he’s at Kripalu for the weekend at a Buddhist Jews retreat, trying to figure out his life. Wait, who is that woman in yoga pants? She looks so much better than when he met her at the NFTY dance in eighth grade. What was her name? Mindy? Robbie wonders if Mindy only dates Jews.

What would Jesus do if he saw that despite his best efforts, in 2015 stock photo sites are still calling him a Jew? Meital’s mother warned her to stop wearing grey or she’d end up hanging around graveyards on cold days. I guess the stock photographer met Sharon, the new Baalas Teshuvah. Although Sharon has a degree from Colgate and a promising career in finance, she’s decided to move to Israel and go native. It all started on her Birthright trip when she climbed Mount Masada. After a year of trying to negotiate with Israeli bureaucrats in broken Hebrew, she’ll return to Chicago with fifty shekels in her pocket and a broken ego. The tellers at Bank Hapoalim won’t miss her.

Share your favorite crappy stock photos of Jews in the comments!