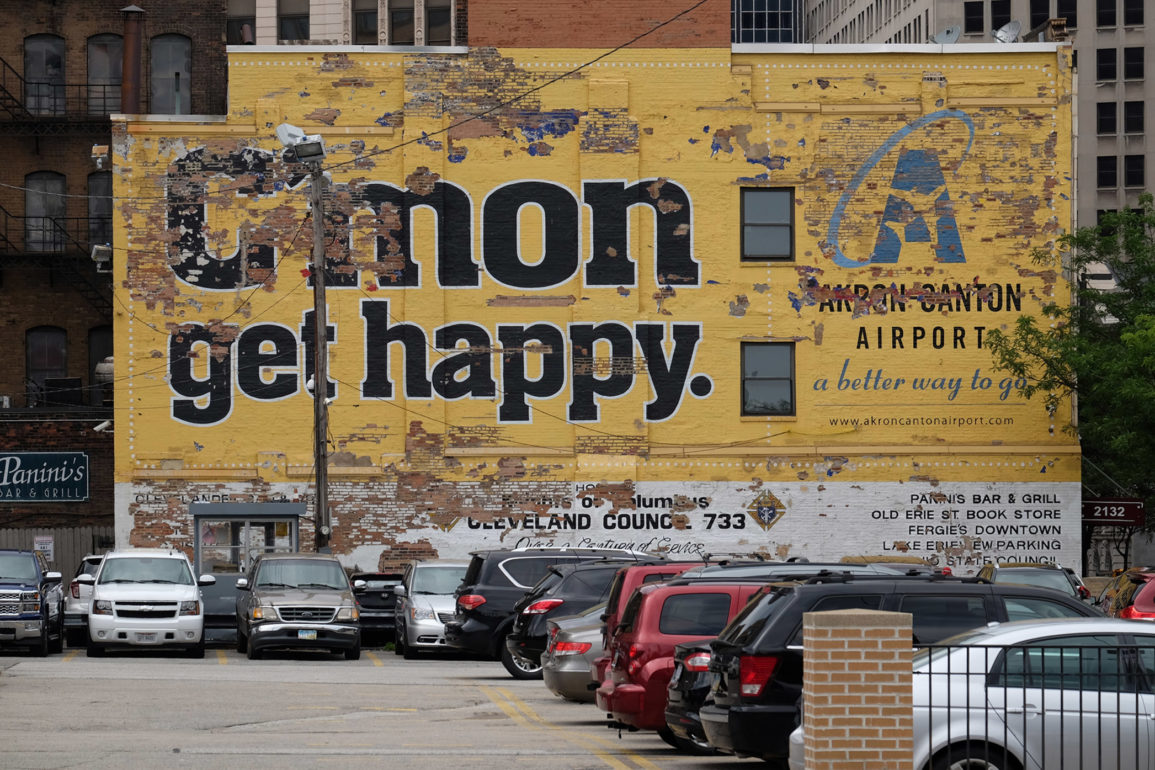 Adar is a rough month for miserable Jews. On top of their usual misery, they are subject to pressure to be happy. And when you are supposed to be happy but are not happy, it makes you feel even worse. I should know. I wasn’t always happy.

I spent most of my life consumed by a kind of self criticism that could only be absolved for pockets of time during which I was expending so much energy that I forgot to hate myself. Therapist after therapist accused me of “burning the candle at both ends”, but couldn’t help me to stop. I did what I do best, which is compensating. I figured out how to expend my anxious energy and to distract myself with constant activity by throwing myself hard into work and into exercise and into learning, which was better than some of the outright dangerous and self-destructive stuff I had done before to escape my anxiety and self-hatred. But then I got married and switched continents, and my strategy as a single person no longer applied. I ended up paranoid, wrecked, and exhausted.

I have spent more than one Adar distinctly not happy. The worst one was the one right before I got paranoid, wrecked, and exhausted. I shlepped myself home from work in time for a Megilla reading, during which I sat in a corner and didn’t smile. The next day I was so stressed about meeting a work deadline that I told my husband to find a seudah for himself while I went into the city to the office to work. I was clinging by a pretty rotten thread.

And I am happy now. And so is my husband. It is because we try.

I think at this point, most of us have heard the cliche “Happiness is a choice.” But how do you choose it? For a very long time, I didn’t know how. Choosing happiness meant burning the candle at both ends. That’s what I knew as happiness. Somehow, I figured out actual real happiness. It took a lot of help. I have an amazing mashpia, someone who is authentically happy. I have a great therapist. I went on Prozac. I changed jobs to something less stressful and more spiritually rewarding. I’ve invested most of my time and energy into my marriage and friendships.

Without further ado: Here are one perfectly imperfect person’s (my) candid tips for being happy.

Unhappiness will cause a person to act meanly, selfishly, irresponsibly, erratically, you name it. It’s not an excuse, and it doesn’t make it OK to be horrible, but it could and should give you peace of mind to know that you did it because you either were unhappy or you were looking for a way to escape your unhappiness. Forgive yourself. Forgiving yourself does not mean blaming other people for the crummy things you have done. It doesn’t even mean blaming unhappiness. It means letting yourself move on.

2. There Are Thorns in Every Rose Garden

3. Do Not Compare, Contrast, or Compete

I met a miserable Jew who resents the existence of rich people who go to a certain shul. She resents that they own big houses (the house she owns is smaller); she resents that they wear long sheitels and fancy clothes (though she has a nice sheitel and buys new clothes). This is an example of completely unnecessary resentment. Who cares if someone owns a bigger house than she does? Who cares if someone buys her clothes at Gucci and she buys hers on clearance? How does the existence of fancy people invalidate this chick’s value as a human?

I read the book by Ram Dass before I knew that Torah has much deeper answers. But I do like the title. It is a great reminder: Be here now. I have lived in the land of “what if” and “shoulda, woulda, coulda”. I have a vivid imagination and can use it to spook myself out and make myself feel destitute, replaying scenes from the past over and over and over, or imagining the absolute worst possible outcome of whatever small mistake I just made. I often have to remind myself that only in cases of dealing with a true psycho will anything I do or say result in Real Housewives-level histrionics. Most people, I find, are pretty predictable in their reactions or lack thereof.

I catch it these days. I catch it and have to bring myself back to reality. I tell my mind to sit down and shut up through all different methods. With enough repetition, my unhealthy thought patterns have changed. I was really into telling myself that I’m fat. I no longer tell myself that I’m fat. I caught the fat thoughts and shot them down so many times that my mind got tired of having unsuccessful fat thoughts and finally just shut up about it. That’s what I mean by being present. You catch your unhealthy thoughts, and then refocus on reality. I am bad at meditating, so I do this practice in action throughout the day.

Meditating makes me miserable. I don’t recommend it as a way to relieve unhappiness. I suppose what I am speaking of is a “mindfulness” technique, but I can’t put myself through sitting on a mat and shooting down my thoughts. I like self-hypnosis, but mindfulness meditation makes me want to throw things. Go figure.

In my observation, a lot of unhappiness is garden-variety depression and/or anxiety coupled with negative habits of thought, speech, and action. You can at least knock out part of the equation and allow yourself some breathing room by getting appropriately medicated. Everyone needs something different: One guy needs Zoloft, another needs acupuncture, another needs to go running, another needs to get his thyroid levels fixed by an endocrinologist. Mental health is real health. You might not like the idea of going on medication, but consider that the medication might work. If you’re on the right medication for you, at the right dose, you very well might find that you are finally capable of correcting your unhealthy habits of thought, speech, and action.

Happiness and fulfillment are synonymous in practice. Regardless of what kind of crap comes her way, a fulfilled person lives in a state of happiness. That doesn’t mean that she’s always smiling and dancing; it doesn’t mean that she never hits an obstacle; it means that her general state of being is contentment.

Your fulfillment can’t hinge on something unattainable. For instance, say you feel you won’t be fulfilled unless you become a mom, but there is some reason why you cannot have children. I know one person who faced that issue, and she handled it really well. She works full time in a profession that involves hard-core nurturing and giving to other people, and she has three big dogs which she dotes upon. She is happy. I’m not comparing a dog to a human baby, G-d forbid, but I am pointing out that she found ways to fulfill herself within the limitations that she faced.

While there is always hope, and while prayer is always helpful, you can’t depend on miracles. Live your purpose within whatever boundaries you experience, and you’ll probably find yourself transcending the boundaries in ways you could not predict.

7. Be Honest to Avoid Being a Jerk

The wicked might seem to prosper, but typically they are pretty miserable underneath all their gloating triumphs. One of the worst, most eviscerating feelings in the world is to be a jerk to someone in order to get what you want, and then the person gives you what you want, but looks at you and says, “Here. Are you finally happy?” You might have won the argument, but you feel like crap. You might put on a face and say, “Yes, I am finally happy,” but both of you know that you’re lying.

Happiness requires having boundaries, and also being nice. If you skip out on boundaries, you’re going to snap and not be nice. Every single time I let people walk all over me, eventually I express annoyance at them. That’s why I see honesty and kindness as partners. What is true to my nature is to be direct and to live within clear boundaries. When I try to be all sweet and docile, it backfires because I am fundamentally not a sweet and docile person. I am a giving person, and a kind person, but I am not sweet and docile. When I hit a point of feeling like, “I can’t take your crap anymore,” it means I can’t take that crap anymore. The boundary has been crossed. It would have been better to have boundaries from the outset than to get taken advantage of and finally snap.

I used to feel bad for not being a more “typical” woman, meaning more sweet and docile. Then I read a really cool book on personality types in which I learned that I’m just more of a direct communicator, and I need boundaries and clarity, and that’s OK. I get into trouble when I’m not being true to my personality type. Be honest with yourself about your personality type and communication style, and you will find yourself being authentically kind and giving, rather than letting people walk all over you followed by the inevitable snap.

8. Get Out of Your Dreams and Into Your Car

I know that was a funny 1980’s musical interlude, but Billy Ocean spoke the truth: “Get out of my mind and into my life.” One key to happiness is to keep moving, moving, moving. Do something. Do anything to break your usual routine and to get out of your head. Physical excercise. Mental stimulation. Driving a different route to work. Anything. Just move. I alternate which subway exits I use for the sake of mixing up my routine. Dance. Stand on your head. Take the first step to find a new job, or to start that long-thought-of project. Just get out of your head and get into action, but not so much action that you’re burning the candle at both ends. Even tiny little steps make a difference. I know we’ve all heard it before, that baby steps make a difference, but they really do. In my experience, doing even one minute of self-hypnosis can shift a bad mood to a better mood. Doing even 20 minutes of gentle yoga can help me out of a slump. Going nuts with activity makes everything worse. It feels good to wash the dishes; it feels terrible to stay up all night rearranging the furniture. You catch my drift?

Invest in people. The cliche is “If you feel unhappy, help someone less fortunate.” It’s not inaccurate, but it’s also not complete. People are what matter in life. Life is no fun without friends and family. It’s awesome to help strangers, but it is equally awesome, if not more awesome, to invest energy and resources into the people you’re close to or even are tangentially friendly with. Occasionally saying “Yes” and showing up to someone else’s life instead of being totally stuck in my routine makes me happy.

Being happy takes a lot of effort, but being miserable sucked more energy out of me.  It has been like driving a long distance to charge a car battery, rather then letting the car sit and slowly drain. It takes energy to build energy. Little by little, it is possible to build up your happiness reserve.