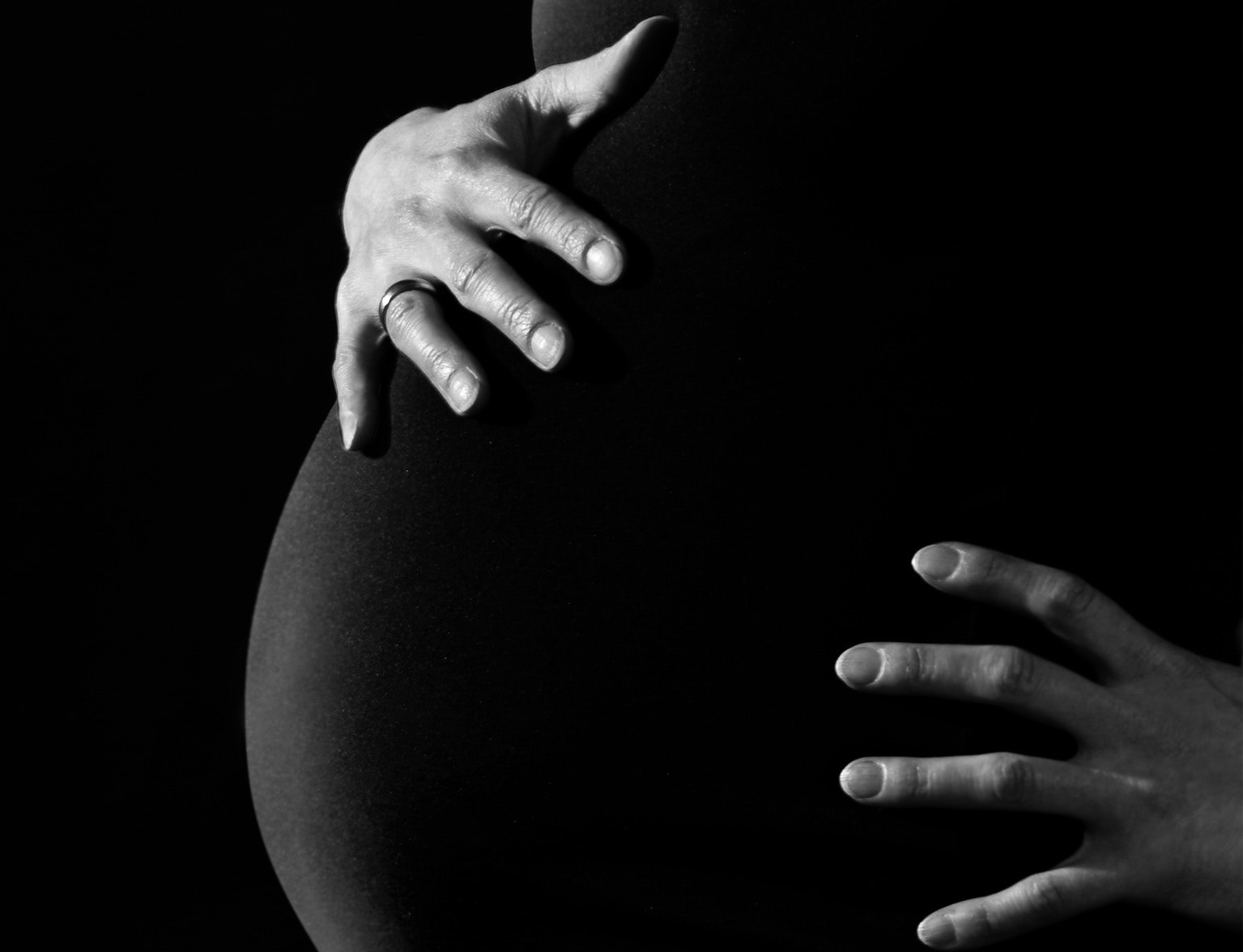 What They Don’t Tell You About Getting Pregnant at 22

Is probably the most appropriate response to someone telling you they are pregnant. Or is it? Because for all the times that I told anyone that I was pregnant, the “congratulations” response never seemed genuine. It seemed to be joined with wide eyed horror, a slackjaw suited for the sighting of a demogorgon, the shrill tonality of a person whose mind is flooding with prejudice and misconceptions they’ve accumulated from years of watching reality television. Twenty two, in the context of history, is a perfectly acceptable age to be pregnant. Society has an extensive list of qualities and goals a modern woman must achieve before she’s allowed to even think about giving up her career-social life-independence-drinking problems-sex life-life life to have a baby. With every congratulations slithering off of people’s tongues, I felt myself being rejected from what it means to be a modern woman. 22. Pregnant. It was if I announced to the world that I wasn’t interested in it’s bounty anymore. All I wanted was to be a mother.

Thank God for this comment, slingshot out of your consciousness into the world, your crimson blush taking away from your brashness. NEVER ASK ANYONE THAT QUESTION EVER AGAIN. I whisper, yelling. At my first OB appointment, my doctor, in her vast wisdom of matrescence, told me pregnancy is a series of contradictions. My quiet reprimand makes the air in the room stand still, I know you will never forget this moment. As for me? I sit on the train home, absentmindedly rubbing my growing uterus, wondering why it was suddenly everyone’s business. People felt like my reproductive system was their property to comment on it’s use.

Is the response most Jewish yentas gave to the news of my “bundle of joy”. Pu pu pu’ing, giving me broad smiles that failed at hiding their true thoughts. I had never been particularly secretive about taking birth control, much to the dismay of many close to me, but that didn’t stop the over three years of my “childless” marriage having some women davening for me as if I was having, “a problem”. Something about being the child of infertile parents, of being a product of two decades of failed IVF attempts, of showing up to family events without a stroller in tow, made people [and by people, I mean yentes] think we were desperately trying and failing.

The hormonal punch brewing in my mind was ready to be lit and thrown like a Molotov cocktail in their faces. Not being able to get pregnant was my worst nightmare, the history of my conception floating in my mind, constantly. The first twelve weeks of my pregnancy were me holding my breath- was I destined to the same struggles my parents had? Miscarriage after miscarriage, one later on in the pregnancy than the last? A cruel, twisted game of resistance that only hundreds of thousands of dollars could help win? I always believed I would be infertile- God seemed too kind to me otherwise. Three years of popping pills because I was more scared of not being pregnant than being pregnant. Which I know sounds like a contradiction, but remember, pregnancy is full of those.  Every night at 10:15 (or not, I was horrible at taking my pill every night) I would say a small prayer that I knew I’d only get pregnant when God wanted me to. No matter how many pills I did or did not take.

Wow, that was fast.

See, here’s the thing- there is no winning when it comes to being pregnant. People will pretend like they are happy for you, but when you are twenty-two, sometimes people will look at you as if you have thrown your whole life away. How dare you try to balance a family and yourself? Why is “me” not a part of my family? Why can’t I do both? It takes more than one person to play double-dutch. Being pregnant and looking for an entry level job is like trying to spin both of those ropes and jump all by your lonesome. People will say they’re progressive, believe in a woman’s autonomy, believe in maternity leave and all that, until they need to deal with it. I sat with teachers, mentors, recruiters, friends, explaining that yes I am pregnant but no I don’t want to be a stay at home mom and no I don’t want only 2 months maternity leave and yes I know children are expensive and no I’m not going to change my mind once the baby comes.

I was depressed. More depressed than I had been in years. I stayed in bed when I could, hardly talked to anyone. I stared at the train tracks sometimes, wondering when this would all be over and people would see Ayala again. I wondered where my life was going. One in seven women experience some form of peripartum depression, but nobody wants to talk about that. Yes I felt so elated to be pregnant and yes I resented being pregnant and no I did not hate my baby. Yes talking to people made me want to hide and yes I did not want to do anything ever again and no I wasn’t regretting my pregnancy.

There’s a whole lot of shame attached to not constantly feeling like a majestic miracle maven while pregnant. You should be unwaveringly grateful

Was the response of everyone I talked to about my peripartum depression besides for medical professionals.The second comment would be: you better stop, cause your emotions affect your baby in the womb. Everyone was so terrified I would kill my baby, when what they didn’t realize is that I was more likely to kill myself before I even had a baby. This response just egged on my belief that I was never going to matter again- every cry for help would be ignored because every part of me that wasn’t a mother wouldn’t matter anymore.

I eventually stirred up the guts to tell my OB I was pretty certain I was depressed. She recommended a psychiatrist that I saw who prescribed me Zoloft. I always had mixed feelings about taking psych meds, but two weeks later I was so grateful. I was back to taking pills every night.

And I know what your reaction is going to be- you took an SSRI while pregnant?! It’s the most researched drug in any category for it’s effects on pregnancy. More than Tylenol, more than Zofran. A pregnant woman might throw up, she might get a fever- and both of those things are potentially dangerous- they are just as dangerous as a pregnant woman being depressed. But the world doesn’t care to think about that. Because pregnancy isn’t allowed to be anything but happy.

With some foresight, it was at exactly the right hour. 22. Pregnant. I was blinded by my own ambitions thinking that our world would let me be a modern woman with a child. I am never going to be as “free” or as capable of shackling myself to an office chair as my peers. I am never going to be taken as seriously as people without children. Many people I meet will try to persuade me that I am insignificant to this world besides for mothering Jewish children. Accepting this, all of it, was crushing, but it also set me free with the realization that my ambitions were too attached to people’s perceptions of what success is or is not. I wasn’t listening to my intuition, my mind, my soul, as to what is my path of success. All b’shah Tova.