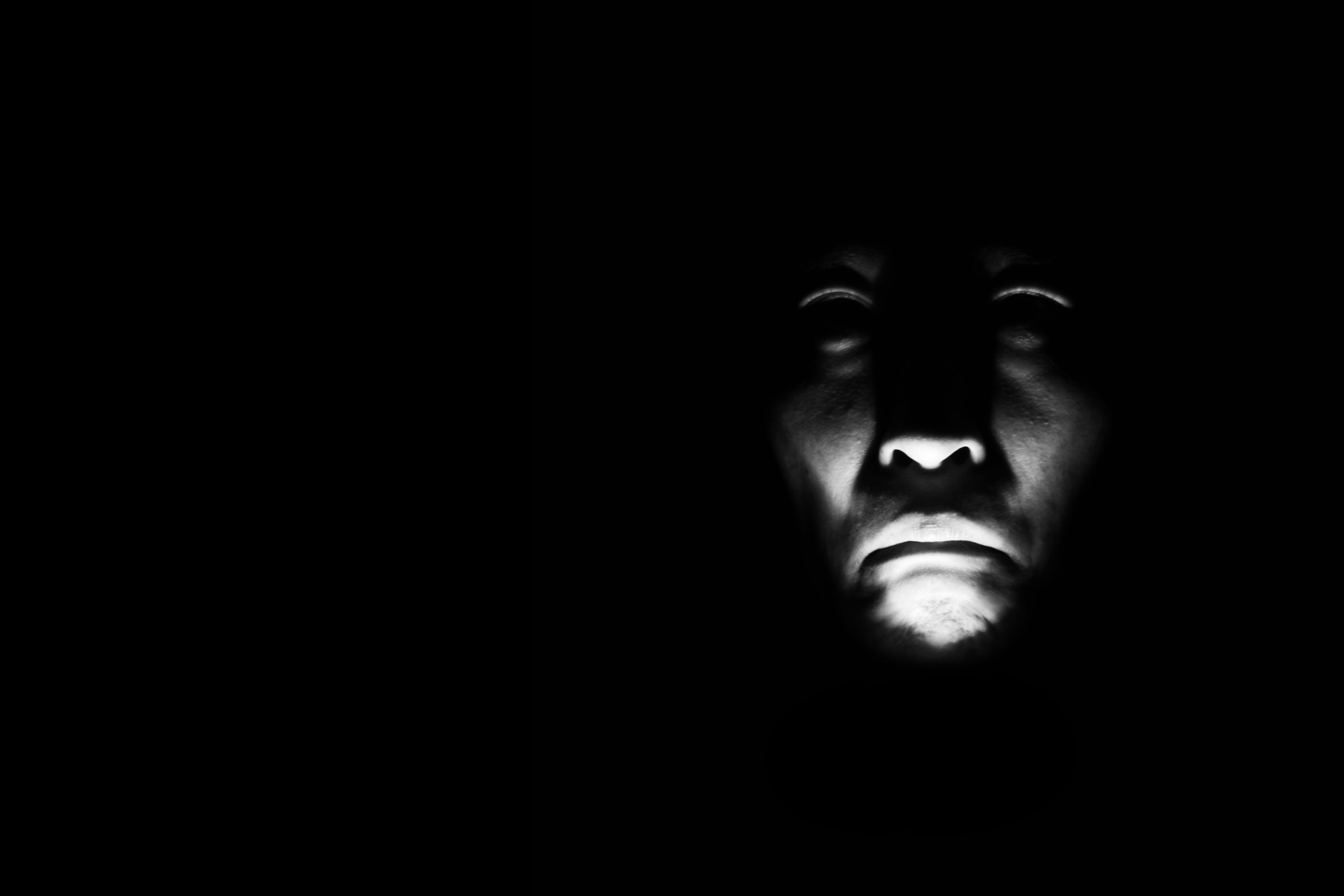 Horror portrait of a scary woman in the dark
Anonymous·December 14, 2017·6 min read

I have been keeping a secret for so long and it is weighing heavy on me. Only my therapist, psychiatrist, and two trusted friends know about this. I have psychic abilities and it is killing me on the inside.

My soul is on fire. Burning in the flames of Hell.
Then,
My soul is in Hawaii, surfing through the waves of life’s challenges.

It is good and bad.
Lifting, yet unpredictable and never-ending.

No. I am not psychotic. I frankly asked my psychiatrists if they think so. Am I hallucinating? I asked.
Nope, I am on board with you. They all have said. You have got a gift. A curse. A never-ending whirlwind.

Maybe my story doesn’t start with my psychic abilities. Maybe it starts way back as a child when I was sexually abused. Or maybe in the tiny office with two picture frames and a keen blue-eyed therapist sitting across from me. With him, I realized I have a gift. I know how to listen to my soul. My intuition is high. I listen to the signals of my body.

So what is in my soul?
Another soul.
No. I am not speaking of past lives.
I am speaking of the concept of Ibbur, impregnation in Hebrew.
What this means is that a soul that is not mine and has never been mine is attached to my body for a time period.

According to Kabbalah, there are two reasons such a thing could occur:
One, the foreign soul needs a mitzvah and therefore will attach to a human being for a period of time and leave after the given slot of performing that mitzvah.
Two, the soul needs a Tikkun, repentance, and attaches to another body (his body is dead) to repent for a short period of time.

In the second reason, there is a special name for evil souls who cling to a live human body, Dibbuk. This soul is here for the second reason and is called Dibbuk. Unlike other dibbukim, I feel mine is here, not because I sinned, but rather because I can help him.

The Dibbuk is on fire. He is literally in Hell and inside of me at the same time. How on earth? I wouldn’t know. This isn’t an earthly thing.

It hurts. It hurts so bad.

He is the worst soul I have ever had the misfortune of knowing. He is dark, loves evil, and inclines towards destruction. I don’t hate him, because that would be counterproductive. He needs a safe place to reside in.

Sometimes he controls me and I have what is emotional eating. No, this isn’t simply the I am stressed so I eat type of thing. It literally feels like someone is taking control of my body. My weight has been getting larger and larger. His cravings linger in my stomach asking for more and more.

But this isn’t the point of me telling you.

No. The point is the things I felt. Like someone who dwells inside of me had done horrific things. I felt his leer to the world, haughtiness, and egocentric personality.

And I feel his remorse.

I do not know how and do not want to know how he did what he did.

It is so horrible I don’t even want to tell you.
Deep breath.
Here goes:

He sold hundreds of women as prostitutes and sex slaves.

And now, he wants to say sorry.

Is sorry even acceptable?

How on earth do I go about writing an apology that isn’t mine to begin with?

And that is when I know why Hashem put him inside of me.

I am the vessel. Literally. I need to listen to his soul and let him out. It will be my hands, but his words. My knowledge, but his language. It will be mystical, holy, and sincere.

Regarding the acceptability, I was once abused.

Do I count to have a say?

All I know is what an apology would mean to me. And that is the world. Desperation isn’t even a proper word to describe the suffocating need inside of me for an apology. It is like the moment he apologizes, I could finally let go. He admitted it. He said it was his fault. And in that moment, all is right in a world where abuse exists. All is right because now I know that it is not my fault. The soul-shattering pain is still there, but slowly, after an apology heard over and over again, the sincerity starts to sink in. The words of regret circle my mind and relieve me of guilt. That is how it would work for me.

Who is to say an apology from a once-abuser will not help other shattered souls?

He is no writer.

Anonymous Soul: How do I begin to feel regret for something I have done over and over again to many people? I ruined their lives. I gave them reasons to die by suicide. I am a murderer. I murdered their souls. The beatings they endured. The abuse! I don’t even know how to apologize for such a thing. Maybe I could start with describing who I was. Who I was is no excuse for any wrongdoings, yet still, I want you to get a fuller picture.

My body: Internally nodding in encouragement.

Anon Soul: I was a man who had everything, and whatever he couldn’t have would get anyways. All the money, oh, the money. How it flowed from those girls, how it made my life easier. I still love money and the breeziness it brings yet those people were not the way to go about it. I see that now. I also see how I destroyed them. It takes living inside of a woman who has gone through abuse to know abuse and know the harm I have caused. That is one of the reasons I am here. To feel your pain. It is part of my process.

Anon Soul continues: Another part of my process is an apology. The regret I feel shatters my soul. It would take living inside of me to experience the horror of realization of what I did. I thought I was a good person. I just had a business on the side. It is perverse but that is how I viewed myself. I am so sorry. So so sorry. I know that an apology will never be enough. No matter how hard I try to apologize, how deeply I feel remorse it can never undo the done. I will always have committed evil multiple times. My soul is tarnished. And I tarnished those souls with desecration of their sense of self, their holy temple which all I left of it was for them to survive in, and desecrated so much more.

Those people are temples. They are beautiful holy human beings. And I abducted them thinking they were toys to play for my pleasure. If only someone had done it to me! If only I knew the pain I would have never have done it. I would rather it be done to me a thousand times over than being the one who desecrated so much in the world. God is good. And I took advantage of Him. I took advantage of the freedom and power He gave me. Never again. I promise with all my soul, all my soul that is inside of you and that I can reach right now that I will never repeat my deeds. Never. There is not enough time for me in a human body to apologize as much as I need to. But with all my soul, right now, I sincerely and deeply apologize to those precious girls and women, and I apologize to the world for continuing such despicable acts. I apologize to myself for tarnishing my soul in ways most humans will never tarnish. I apologize to God for using His gift of money as a weapon against the safety of women everywhere. And I am sorry for every reader who has too been abused whether in a past life or this life. I am sorry. I am sorry. I am sorry.

Myself: I am proud of you, Anonymous soul.

Back to me. Yes, the real me. The quirky, spunky woman who just told the world of the madness inside her head. Madness, indeed. Reality? You can leave it or take it. If you take it, well then, good for you. You helped this temple of me glow within the whirls of validation. If you leave it for a big stack of BS, then, good for you! This article probably wasn’t meant for you. And maybe that is just the way it is meant to be. I would never go on such a piece with my name, because my reputation would be ruined forever. But what is more than that, if I did, I would care what people would say. But here and now. I just don’t care. What matters is that I am set free and that those souls who will heal reading this heal, whether they believe me or not. So in unity, I will proclaim a big l’chaim to a happy new year filled with refuah to every blemish out there.