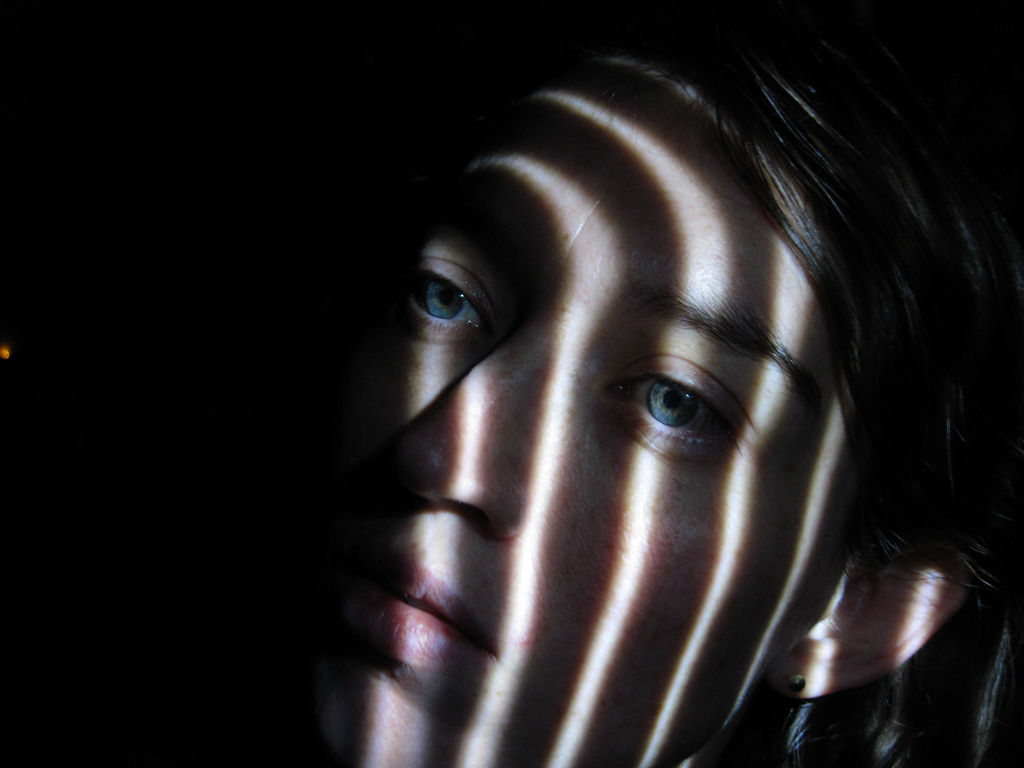 I Keep Falling In Love With Men Who Aren’t Jewish

So there I was, sitting on a train, rummaging through my purse for my ticket, as the conductor made his way up the aisle, loudly announcing things in a language I couldn’t understand. I was sweaty and hot from having run all the way there to catch the last train to reach my destination before Shabbos, and I was bawling uncontrollably, tears blinding me, rolling down my cheeks where I didn’t even attempt to wipe them away. Because, you see, I had said goodbye and left just like that, with an infinity of hope and sadness stretched like miles between us, mingled with the thousands of words that would forever remain unsaid, the things undone, the lives unlived. My heart was breaking and I knew the feeling all too well.

He wasn’t the first. Not even close. The first was a short, brilliant Italian with dirty-blonde hair just starting to recede and lovely green eyes that smiled so often the wrinkles around them never quite disappeared, despite how young he was. He spoke impeccable English with his lilting, Tuscan accent, and yet still complimented me on my fetal attempts at Italian. We laughed about everything and mostly ourselves, and somehow still found the time between the joking and levity to talk about life, death, transcendence, faith, purpose, doubt and everything in between. And when I was hurt or in pain he was there and comforted me through my tears. We talked about everything. But the one thing that we never talked about was how much in love with him I was. And how it would never work.

It was always there and it always hurt. We worked together so I would see him every day, sometimes multiple times a day, and when he was in the room it was as though the sun was there and I felt happier than I can say, and when he was gone the realization would hit again and again, every time with that same intensity as though a knife was slid into my chest and my heart cut out. In all my years of dating guy after guy in the frum world and my years of working primarily with men in a male-dominated field, I had never felt this way before. As though someone had suddenly switched on the gravity and even with my eyes closed I could sense where he was and felt drawn to him.

When I first started to realize my feelings for him, I tried avoiding him. I would eat lunch at my desk instead of with my coworkers. I wouldn’t get coffee in the office kitchen in case I’d run into him making a tea (he abhorred the watery stuff we Americans call coffee). I would avoid going to any work events that were outside of my 9-5 job (happy hours and holiday parties and birthday parties and more). I would definitely not text or message him outside of work and, during our work meetings I would find a seat far away from him.

But, eventually the pain, longing, and loneliness got the better of me. As an older, frum single I am not only deprived of any romantic relationships, but over the years, though I’ve worked hard to make new friends, most of them have married and moved away or disappeared, with few new friendships developing to fill in the voids. Also, I’ve moved around a bit for school/work, so even my non-Jewish friends have become distant and few over the years. The more I tried to stay away from him, the more I found myself thinking of him, missing him, and the lonelier I felt. And the more confused and hurt I was making him.

Eventually it got to a point where I no longer felt capable of continuing in that way. So I stopped avoiding. I would grab a tea with him, even when I didn’t really need one. I would eat lunch with the others and sit next to him at meetings. I would even go to birthday and going-away parties for coworkers and sit and chat with him. And, ironically, the only thing that eased the heartbreak and pain that I felt was spending time with him.

Of course, nothing could eliminate the innate conflict that I was feeling. As a young adult, I had traumatically encountered some of the negative parts of the frum world, and I had had to wrestle with my beliefs. In the end, it took a long time, but I had decided that I do believe in G-d and I chose to remain religious and frum despite everything I had experienced. Though at times I still struggled with my relationship with Hashem, with Judaism, and with the frum world in particular, I knew that I couldn’t throw all of that away just for a guy. But it hurt. More than I thought was possible.

Years of being single and alone had given me the strength to withstand my attraction and desires, but they didn’t diminish the emotional pain that I was going through. After all, I had finally met someone that I loved (that’s right, I said it…), but instead, I had to hide my feelings. I thought of Avraham Avinu, having dreamed and prayed for a son for all those years and then, after finally being granted Yitzchak, to be asked to sacrifice him.

Eventually his visa expired and he had to return to Italy. I thought my heart was going to explode from the pain of it all. I think I cried for a week after he left, although I can hardly remember the days and nights. In the end, I let him go without ever saying the one thing I really wanted to- I love you, I want to be with you, you make my heart sing, if I could I would spend the rest of my life trying to make you smile. I think I was afraid that he might not feel the same, but more than that, I was afraid that he might. It seemed like the only thing that would have been more painful than knowing how I felt and that I couldn’t be with him would have been knowing how he felt. But I never will. Time has passed and he now has a beautiful, kind, smart, Italian girlfriend who he is very much in love with and I wish them well and more than anything I am thankful that he found someone who can love him wholeheartedly.

But I am still here, single and alone. Despite all my wishes and hopes, my shidduch dates, and singles events, Jswipe and Jwed, all the efforts, it hasn’t worked. No grand feelings of closeness, no sun, no gravity, no love. I tell myself that perhaps that is all overrated and I could settle down with anyone, and perhaps the feelings will grow. Just find someone who is nice, and frum, and not unattractive and build a family. But then I remember how my heart used to sing and being with someone who doesn’t make me feel that way would just be a betrayal of sorts. So I keep going on the dates and to the single-events and giving everyone more chances, more time, trying to find it again.

Of course, he isn’t the last. There I was, in Europe for a week for work, minding my own business, trying to do my job, enjoy the cities and countryside and life, and I didn’t see it coming. This time was different. And the same. I recognized it again. The sun, the gravity, the feelings of joy. He’s different. He’s dark and beautiful, from South India with big brown eyes and a soft accent. He has a bit of a unibrow, and his hair stands up on end. He’s quiet, unassuming, and a bit shy, but he is a wonderful listener, a kind heart who notices when someone needs help, and a beautiful writer. We talked about poetry, science, our favorite books and bookstores, about the soul and the brain, what we would do if our chosen careers don’t work out (he’ll open a biryani restaurant, I’ll open a bakery), we tried to fix the sound when the projector system wasn’t working even though neither one of us does IT, and we laughed. About everything. And when he laughs, I feel my heart expand. If I could bottle that feeling and sell it I could make a fortune.

This time I knew it very early on. After all, this love thing is my old friend. And I knew that pretending it wasn’t there and avoiding it wouldn’t work. But I’d come this far, and I wasn’t going to abandon everything now. Because I’m still frum, as in leave-work-crazy-early-for-shabbos-in-the-winter frum, try-to-remember-not-to-forget-sefira frum, wear-midi-skirts-and-long-sleeves-all-the-time frum, and he’s Muslim, as in quote-the-Qu’ran Muslim, middle-name-Mohammed Muslim, Ramadan-and-Halal Muslim. Somehow, knowing I’ve been through this before doesn’t ease the pain. I know I can get through it and one day it’ll just be a scar instead of an open wound on my heart. But…How can it hurt like this after just a week of knowing the person? How can it hurt like this without the touching, without telling each other how you feel, without any of it?

So I left. I said goodbye. I ran out and caught the train just in time. And I cried. And I will cry again. I don’t know if I will ever see him again. And even if I do things won’t change. And I will love again. But I know who I am. I am someone who will see the face of G-d in the stranger no matter what race, religion, or ethnicity. And I would rather have loved from a distance than never have loved. But next time you see that single, frum girl, with her midi skirt, and her stockings and her head held high know that just because she grew up frum doesn’t mean she hasn’t sacrificed for it.