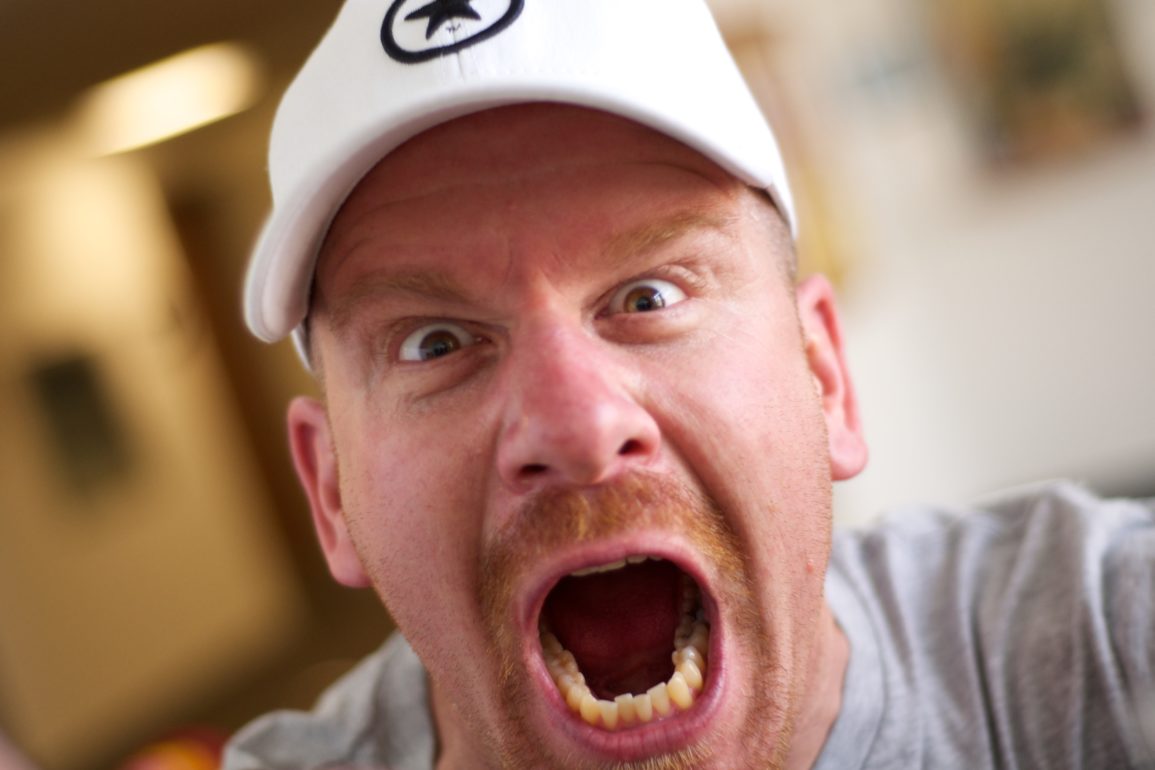 Why I’m Glad I Yelled At My Professor

I sat practicing my cello for yet another hour, beyond frustrated.

Every single time I played a bow stroke, my wrist did the flick.  Yes, that’s THE flick.  This flick was the current bane of my existence.  I stared at the offending body part, glaring at my arm.  How did I, at this late stage, develop such a ridiculous bad habit?  How did it become so engrained?  Stop.  Stop stop stop stop.  I kept silently yelling at myself, boring a black hole into my wrist with my piercing gaze, trying to use the power of my mind to make it stop flicking.  Okay, this time I’ll really make sure it stops.  Focus.  Let’s try again.  Flick.  ARGH!!!

So it went on for the whole week until my next cello lesson.  Needless to say I wasn’t in the best mood when I arrived.  I was grateful, I really was, that my professor had pointed out this bad habit in our previous session, but I was flaming mad at myself.  I couldn’t believe I hadn’t noticed it creeping into my technique over who knows how long, slowly engraining itself more and more with every minute I practiced.  And now I couldn’t stop, had tried for a whole week with only a few “flicks” of hope.  A few times, a few blessed times, I had managed a smooth, flick-free bow stroke, and I would whoop with joy, excitedly ready to continue playing flick-free, but then it was back to same old flicktastic existence.  Flick flick flick.  Never mind that I had new repertoire to learn, and other things I needed to concentrate on.  My mind was consumed, and my efforts futile.  As ever the goal-oriented “mind over matter” person I had always been, frustration had reached a boiling point.  I was quite stressed.  And I was still flicking.

My professor and I tried yet again to fix it.  Holding my wrist firmly in the attempt to stop what was now a complete reflex.  Trying to find out where the flicks were coming from, why I was doing it.  We spent almost an hour analyzing the flicks in different contexts.  I was drained, and had had enough flick discussion to last a lifetime.  Yet I was still doing it.  I couldn’t fathom, at this stage of life, supposably about to go out on my own to put together a music career, how I would be able to take the time to let everything else go and concentrate only on breaking this wretched habit that was now an instinct.  It seemed impossible.  Doing the kind of technique rehabilitation required to alleviate this would be pure torture for a person like me, and I was not that much of a masochist, even for the greater good of my audience members.  I was half tempted to just let it go, and resign myself to being a cellist that flicked… who knew?  It could be a selling point, a quirk that set my playing apart and made me more recognizable.

I pushed those thoughts away and focused back on my teacher.  He was attempting yet again to touch my wrist while I played as a reminder.  Like I needed reminding.  I put all my mental strength into not flicking, focusing my eyes and intentions on my wrist.  “Use the force, Andrea.”  I played through the phrase.  Flick.  Flick.  Ever a patient man, he was getting almost as frustrated as I was, and started attempting yet again to explain the tension origin of why I was flicking.  I felt something boil up inside me.  I am not an angry person, but I simply could not take it anymore.  I interrupted him in desperation.

“Stop telling me what not to do and tell me what TO do!!”

He stopped.  I stopped.  “Whoa”, he said, shocked by my uncharacteristic outburst.  “Yeah, whoa is right.” I responded sarcastically.

I glared at him, tears brimming in my eyes, trying desperately not to hurl all my venomous frustration in his direction.  He took a deep breath, straightened up, and took a step back as I watched him warily.  He smiled and started to speak, and I bristled, waiting to hear yet another flick hypothesis.  But then he surprised me.  Speaking in a completely different tone, he started to tell me what TO do.  No more “don’ts”, theories, or analyzation.  He spoke about the sound I was yearning for.  The feeling of playing smoothly.  The tone, the energy released.  I listened, feeling a beautiful calm wash over me.  Everything he said was clicking (not flicking) into place.  It was like being reminded of a past life: remembering what it was like to play like this, the way I had always played, before the cursed flicks took over.   I felt like I was settling back into myself, and when I put my bow back to the string, closed my eyes, and played, the flicking was gone.  Like magic.

The lesson I learned during that moment was something I yearn for and hope to live and breathe every day.  Though I often forget it, whenever I recalibrate my thinking, my teaching, my doing, my being, to reflect this lesson, it changes everything.

There is a Pasuk in Tehillim that tells us to “turn from evil and do good.”  The Ba’al Shem Tov explains even further that when we fill our lives with doing good, with being inspired by those that did right, with lessons of hope and actions of giving, that we automatically will turn away from that which we shouldn’t be doing.

The rest of the world constantly yells at us in “don’ts”.  Don’t be a rapist.  Don’t speak Lashon Hara.  Don’t be a hateful racist.  Don’t. Don’t. Don’t.  It’s enough to make us think that the world is an evil and horrible place, and our only job is to curb our instincts and not do terrible things.  Our minds are filled with these stories, and we are aghast, incensed, and angry.  We fight for what is right, and what shouldn’t be, and yet in all this narrative, the most important lesson isn’t being taught: what SHOULD we be doing instead?  Who are the heroes we should be emulating?  If all the evil and pain didn’t exist, what would be left for us?  Anything at all?

And for me it’s even more than this, because when I focus on what not to do, I get depressed.  I feel stifled, like I can’t move.  Most of all, I feel even more tempted to do those things I know I shouldn’t, because the world is filled with it, so why not?  I feel hopeless, like there’s no point.  And I am so much more likely to slip up.  On the flip side, when I focus on what TO do, my whole perspective changes.  Now I have goals, a channel to direct my energy.  Now I have purpose, something to strive for

Let’s fill ourselves to the brim with examples of those that did the right thing despite the odds, those who were brave. I want to tell my son of the human beings that saved those in need, of the honest businesspeople, the great politicians, the incredible spouses, the loyal friends.   I want to be filled with stories of the heroes.

I don’t want to teach my students or children about what they shouldn’t be doing.  I want to open up so many doors for them that the ones that need to remain shut no longer have the power to lure us.

Recently I touched base with my cello teacher, and he reminded me of that day when I had my outburst.  He told me that for him as well, it was a complete mind shift, a change of focus in his teaching.  It isn’t enough for someone to know that they have a bad habit or poor instinct that needs to be broken; we need to know what to fill ourselves up with instead.

As teachers, as parents, as human beings of the world.