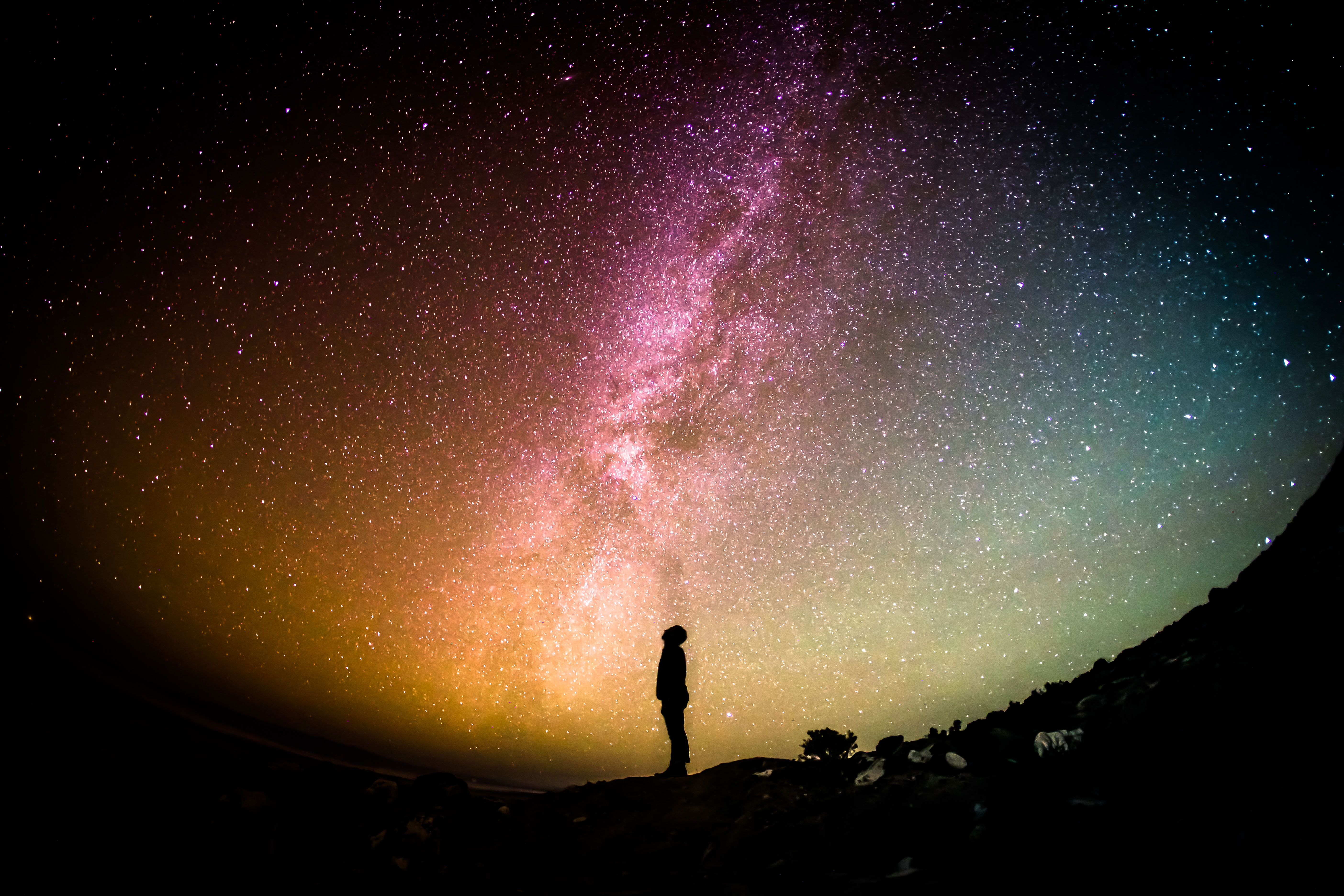 A few years ago, while wandering around New York’s Penn Station, I spotted a poem on a wall, by a writer named Kenneth Burke:

The pond is plenteous
The land is lush,
And having turned off the news
I am for the moment mellow.

I wished I had time to take a picture of it, but I had to run to catch a train. It struck me so deeply that I remembered it well enough to track it down online years later. After finding it, I asked myself why it made such a huge impression on me.

I could certainly relate to the things Kenneth Burke craved but didn’t have. Fame would assuage feelings of writing away, sharing the results but never feeling sure that enough people care or feel affected by it. Rightly or wrongly, fame suggests that your work is important and far-reaching in its influence. Wishing for fame might sound greedy, but, in my ideal world, everyone would be famous for something: some special quality that they exemplify better than anyone else in the universe. Everyone would be widely and deeply appreciated, and known. I hope that Kenneth Burke, deceased since 1993, somehow realizes that his poem was (maybe still is) displayed prominently in the densely busy hub known as Penn Station, in the heart of NYC. If I caught it while racing to my train, and remember it years later, I imagine many other travelers and explorers have come across it there.

I am profoundly thankful that I am not aware of having any serious health problems at this time, but, in my mind, better health would mean better innate protection against whatever I might develop in the future: resistance against cardiovascular disease, strokes, cancer, viruses, dementia, organ failure, aneurysms, severe pneumonia, and whatever else I might possibly face at some point. God forbid to it all. Chas v’shalom, as the Chabadniks I know would say. Health in that sense can always be improved. Our defenses can always be strengthened. Anyone can rightfully want the most excellent possible health, so there’s no humor or cleverness here; this is a deeply understandable wish, regardless of Burke’s sense of his health when he wrote this poem.

Now, how about that ten million dollars? It’s funny and greedy to ask for that, right? A truly noble soul would be thrilled about the plenteous pond, lush land, book, and drink… and not go pining after ten million dollars… right?

My mind says: wrong. Ten million dollars could buy a lifetime of freedom to pursue your own projects and aspirations regardless of financial viability… and, if you were to live in my dream city, NYC, you’d still have to be careful not to overspend. I got the humor; that’s part of the reason this poem struck me so strongly, for so long, after spotting it briefly while in a rush. But the funniest part of all is that it’s not actually funny; it’s a very reasonable thing to wish for. In fact, this poem was written decades ago, when ten million dollars went further than it does today. Artists and people with all kinds of dreams that don’t fit with the need for financial practicality could use that money to flourish and grow with independence and optimism. What’s funny — in the sense of being off and disturbing — is that most of us don’t have ten million dollars, or whatever it would take to pursue our passions free of financial constraints.

I’ve been thinking about other seemingly excessive but actually more than reasonable things I would love to have… and that I could request with little embarrassment because… seriously… I deserve them. We all do.

Please, Yo (whoever or whatever “Yo” might be):
Grant me and everyone I love immortality
And excellent health
All senses and intellectual sharpness at peak strength
Forever
In a pleasant, vibrant, welcoming world.
Isn’t it only good and right that I should travel through life with little fear
And the joy that could only come
From not envisioning the end of everything
Whenever I imagine the future?

Please, Yo: show yourself.
I mean, seriously: show Yourself.
I am capitalizing to show respect.
Now, why don’t you respect me back
Rather than hiding yourself and, at absolute most
Teasing me with tiny flickers of your being that could almost as easily
Be the air, or a speck of dust, or a crumb on someone’s shirt?
If I knew you were here, Yo
I’d know it all, in a way.
And why not, when knowing so little
Like I do now
Only leads to dread
Over the blackest possibilities
And, for that matter, the whitest ones?

And Yo: what is with all these violent people?
Eliminating them makes so much sense
That asking for it feels more like sitting in the same room as you
Breathing and smiling with you
You knowing me, naturally
And me coming to understand you
Than like requesting something
From an entity or force more powerful
Than I could ever be
Or even imagine being.

Yo, would it kill you to make aging disappear?
I mean… seriously.
We late bloomers might try and try and finally get somewhere
Whatever and wherever that might mean in each case
Only to realize that, by now
We can no longer be strong, healthy, happy
And able to embrace it all with pride
Because we look and feel
Like we’re shooting towards the end
Or even the beginning of the end.
I’m not there yet, Yo.
Would it kill you to keep it that way?
You, who are beyond death and even time?
Seriously, what harm would it do
To you, or to anyone?

And Yo… hatred.
In the simplest terms… why?
Are we supposed to learn something from it?
Do you think love needs hate like up needs down
Or yes needs no?
If that’s how human minds work
Then Yo: you need to shift that somehow
Make them better
Make us better
Make you yourself better
Because if this is the best you can do with your creation
You need some work, Yo.

And Yo, you know me. At least I think you do.
Why offer pleasures and then give the message that they’re dangerous?
Fried Oreos, Yo.
Thick Slabs of Corned Beef.
Melted cheese, oozing and crisp.
Your world contains glorious experiences
That are glazed with guilt
And worry about future consequences.
This complaint may seem small
But “seem” is usually fraught with misunderstanding
Even for you, Yo.

Yo, I’m dissatisfied.
What more could I want
Than simple, beautiful satisfaction
And what more could you want
Than to provide it
And receive the greatest joy and love
In return?
Yo, some see you as a parent of sorts.
Why aren’t you one of those parents who say:
“I’m happy if you’re happy”?

So Yo, I’m just gonna sit here and see if you respond.
Response is the first sign of love
When one being reaches out
To another.
Here I sit.
There, when tomorrow comes, I will walk
And maybe even run
If I absolutely have to in order to catch a train.
Here and there, I will watch
And wait
And wonder
And hope.
And you?