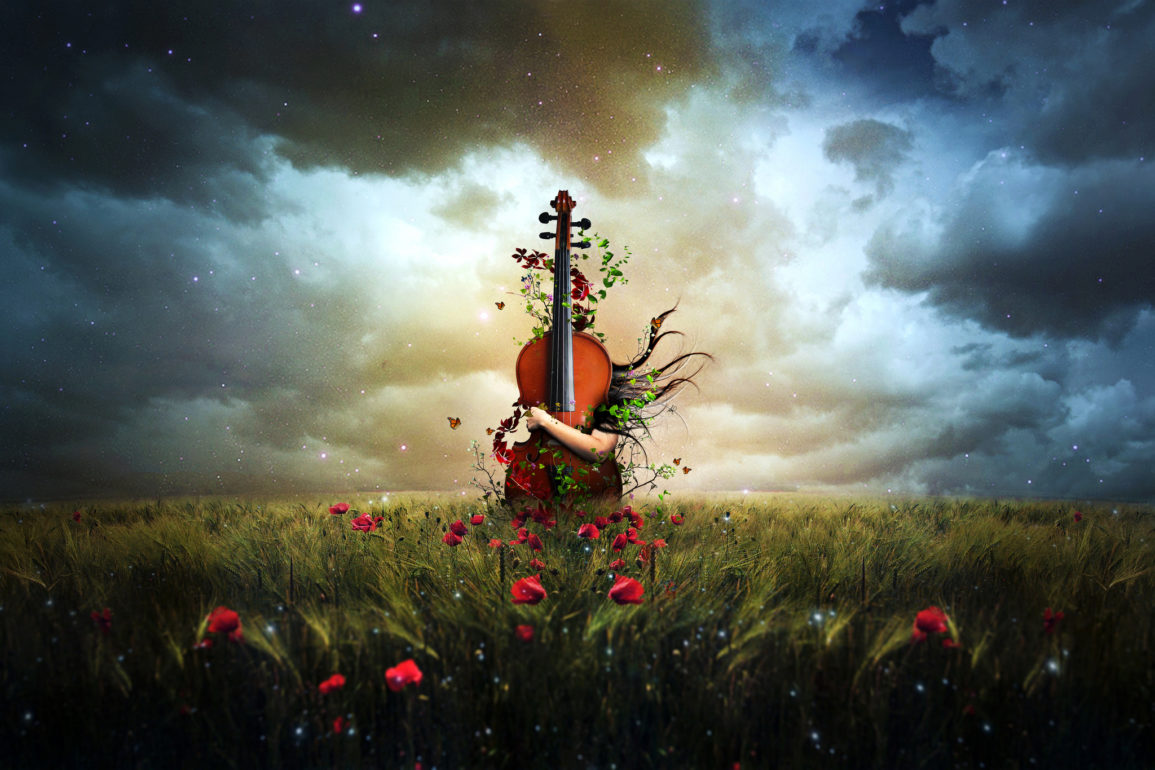 Alternative facts are one thing, but what about possible realities?
I’m talking wildness that can’t be proved or disproved
Meanings, interpretations, and even worlds that we don’t normally consider
Because there’s no reason to consider them
Until they jump into our minds
And pound away at the truths we normally assume.

Just for example, maybe life, souls, and spirits are everywhere
And we don’t see them because we’re only primed to see the tiniest speck
Of what’s real and true.
We shuffle through life, kicking dirt, whizzing past concrete and grass
And whatever might shine within the air
When maybe it’s all alive and filled with its own kind of wisdom and pain
Which we don’t pick up because we think we know all the signs of sentient beings
And because our brains and senses can only perceive a sliver of what is
And what might be.
Maybe there’s an astonishing world far beyond the world we experience
And we’re looking at it through a tiny crack
With strained and tired eyes.

Maybe those red and white goldfish with the feathery fins and tails
Have more power than we could ever hope to achieve.
“But that’s crazy!” you say.
“I could buy a bunch of them, put them in a bowl
And control what they eat and whether they survive.
Their brains are primitive compared to ours.”
I hear you; that’s how it seems.
But maybe those fish are playing a game with us
Crouching on the sidelines
Living and dying and ending their lives in a quick swirl down the toilet
While secretly, they’re behind it all
Their ideas seep into our ideas
Our dreams and desires are their handiwork.
Those eyes that seem so shallow
Lead to a mindspace we can’t pick up
Because it’s too subtle for our bumbling brains.

Maybe this life is actually the afterlife for a more important life
Or a less important life.
Or maybe it’s a before-life state
A prelude to something
That no religion or sage or even wise goldfish
Has ever come close to imagining.

Maybe the people most worthy of our fear
Are not the terrorists
Or the politicians
Or the obvious crazies shouting obscenities
As we try to board the subway car in peace.
Maybe those men in the bright yellow shirts
Selling ice cream and hot chocolate at the mall
Or the women trying out the fancy umbrellas in the store across the hall
Will somehow do us in
Not through any clear violence
But through some kind of pain that they are able to inflict
In ways we will never detect.

Maybe it’s all about the color green
And whoever owns the most green clothes
Or has the greenest eyes
Or gets the most pleasure from meditating on greenness
Or can discern the greatest number of gradations within the general category of green
Has access to the most wisdom
Or secretly controls way too much of the world
Or is in cahoots with the red and white goldfish
Or… who can say what might be possible?

Maybe our final state is not heaven
Or hell
Or nothingness
But something seemingly ridiculous
Like sitting forever on top of a big pile of purple sand.
You laugh.
“That’s too much like this life,” you might say.
“The next life will be so radically different, we won’t even know from sand.”
And maybe that’s true, but maybe it’s not.
Maybe sand is the whole point, particularly if it’s purple.

Part of me finds these ideas funny, and part of me finds them chilling.
And a small but vibrant part finds a deep, towering spring of hope within them.
In the end, even if the red and white goldfish are super-powerful
Or it’s all about green, or sand, or souls we can’t even perceive
I have this haunting but glorious force behind me:
My consciousness
The entity that perceives
Even if it only picks up a tiny fraction of what might exist
To a wiser, more sensitive mind.
Me, at the very least, and also at the very most.

And you, too.
Come on, admit it:
If the red and white goldfish control the universe, you also didn’t see it coming.
You, like me, never could have predicted it.
But, also like me, you’re a rich force of light, thought, emotion
And imagination.
A world within a world
Perceiving the wider world somehow
Or maybe creating it.
Because, of course, yet another possibility
Is that your mind has built all the world
Or maybe my mind has
Or, more likely, maybe we each play our part
Sculpting and weaving without even thinking about it
Like gifted artists who create with no education, no practice
Nothing but the seamless force of innate intuition.

Maybe all of this, including our ability to form crazy ideas
Is a masterful symphony
Or a horrific mishmash of chaotic souls looking for a home
Or both.
Yes, I think it’s both.
Or maybe it’s neither, but, on some other level, I still think it’s both.

What do I mean by that?
I guess I mean that the question goes beyond my mind
And your mind
And the color green
And the goldfish who might be so very amazing
And the potential for sand to be the answer or the final state…
And reaches into the possibility of souls and awarenesses we can’t perceive.
Because if that’s possible, on some level, we really have nothing to say
And, on another level, everything we say and even think
Expands into multitudes.