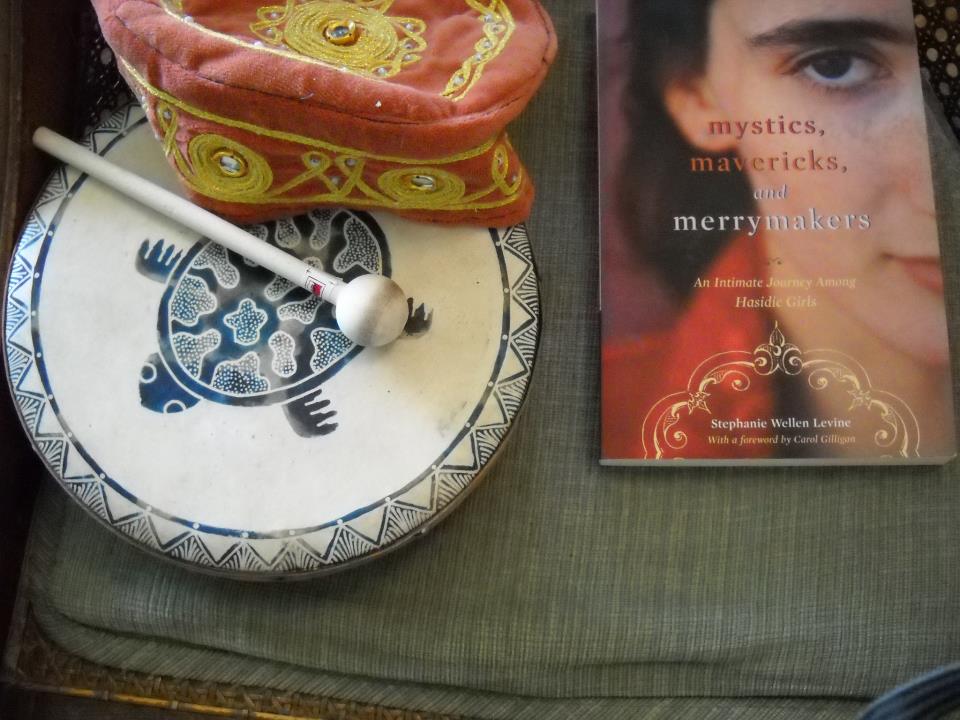 My Name Is Stephanie And I Hate Death

`I am a universe. I wake each morning to a complex thrum of worlds: my ideas, fears, obsessions, goals, triumphs, horrors, and joys. Perhaps I’m grandiose, but my grandiosity includes you. You, too, are a universe. If I have a religion, it’s the religion of souls. I love nothing more than to sit with another person—perhaps a friend, perhaps an open stranger—and talk. What is happening in that mind of yours? What kinds of things do you imagine when you space out in the shower? What awkward interactions will consume you when you try to fall asleep tonight? Do you believe in anything mystical? These are the kinds of questions that drive me; I want to know myself and anyone else who is willing to share. People are splendid and uniquely complex. OK, some people—the mean-spirited ones—are not splendid. But they’re still unique, for better or worse.

Because of my awe at each gloriously distinct human personality, I don’t accept death: at least the standard scientific notion that the self dies with the brain. Most people I talk to, including those with no sense that the self outlives the body, want to die. “Life is tiring,” a friend told me as she explained why she has no interest in immortality. “At a certain point, I’ll be ready to rest.” To me, this makes about as much sense as saying you hope your pizza will arrive with a sharp piece of glass on top—or that you’d love to be brutally attacked and tossed into the street. Just… no. Intuitively and intrinsically, I cringe at the mere suggestion. My universe, my internal world of perception and thought, is gorgeous and irreplaceable. Sometimes, it’s painful—and still irreplaceable. No one else eats just like I do, pouring over every bite, savoring and analyzing and rolling the taste around on my tongue. Nobody else has exactly that feeling when my eyes open in the morning and I think: “I am alive. I can feel the pins and needles vanish from my arm and sense my pillow against my fingertips. I can obsess all over again about the mortifying comment I made at lunch yesterday.”

I want my mind to go on and on, learning, growing, even crying if that’s inevitable. Crying is something, and something beats the hell out of nothing. It holds the promise of something better: the shift that comes when you’re all cried out. The scientific, brain-equals-consciousness notion of death carries the assumption that death heralds the end of awareness. Not rest. Rest is something: the feeling you get when you slide into bed and sigh, or rock back and forth in a big comfortable chair. Nothing is nothing. Not rest. Not a blissful break. Not even blackness. All of those things imply a conscious awareness that perceives them. I have a hunch that many who welcome death have never tried to think about the true nature of nothing.

Thankfully, I’m open to spiritual notions of the self transcending the brain and outliving the body. Since college, I’ve been on a quest to learn about them, commune with them, and, if I’m extremely lucky, feel convinced that one of them—or perhaps some amalgamation, reconfiguration, or expansion of some or all of them—proves that death will not bring the end of my universe. I’ve spent time with evangelical Christians, Hasidic Jews, alleged out-of-body travelers, mediums, shamans, scholars of paranormal phenomena, a Buddhist mystic, and many other fascinating souls. I’ve also tried to leave my body, figuring that the self able to thrive with no body can journey on after death.

Resounding success eludes me. I still seize up in my bed most nights, horrified at the all-too-real possibility of eventual nothingness for my own universe. But I’m somewhat hopeful, which is much more than I could say before my quest began. Let’s just say some weird things have happened. Not bang-me-over-the-head, stand-back-and-marvel-at-the-miracle weird. Weird in a subtle way that requires a certain mindset to appreciate. But maybe that’s OK. I’m becoming a connoisseur of weirdness. My perceptions have sharpened and deepened—or maybe they’ve departed from reality. I might have sensed my deceased grandmother. Then again, it could have been delusion, imagination, wishful thinking, a sign of some odd psychopathology. In the moment, the mystical interpretation seemed unassailable. Minutes later, analysis and doubt set in. This sort of thing has happened many times. I don’t know exactly what to think, but my mind has opened to possibilities that suggest an un-vanishing “I.”

So I love my consciousness. I love your consciousness. I love delicious food. I love to live. You know what I hate? Space. I don’t mean outer space; I’m talking about the space that’s all around us in our everyday lives. For instance, the space between my apartment and the store I need to find. Chances are, it will take me an hour of wandering around, feeling lost, not knowing which space is here and which is there, before I arrive, breathless, with too little time before I have to leave and brave space yet again to reach my next destination. Or the space between and around a hammer and a nail—neither of which is usable to me. If I say: “You know, I think I have this space thing down after all these years; I think I can hammer my calendar into my wall,” I’m sure to encounter misfortune. I’ll bang my finger or create a big, radiating hole in my wall. Space, to me, is one big cavern of confusion. I don’t drive—to me, your ability to monitor the space your hands traverse as you turn the wheel, while keeping track of the space you pass in the car and the space between your car and other cars, is as awe-inspiring as Einstein redefining the universe. You could call it a nonverbal learning disability. You could see it as a mystical challenge. However you label it, the fact remains: the stuff that’s all around us is a hodgepodge of mystery for me.

Something else I never quite got: bodies. You know that rush you feel when you’ve been running for a while, enjoying the wind against your face? The thrill of soaring down a ski slope? If so, you and I differ profoundly. I don’t believe I have ever enjoyed playing a sport of any kind, unless you want to count bowling, which I loved as a child mainly for the pizza burgers and crinkle cut fries the bowling alley sold. I’m also stumped when people describe others’ bodies as being “hot.” I appreciate and enjoy beauty. But to say someone’s body is “hot” just doesn’t resonate with me. An exciting soul: that means something to me. An exciting body? I have to think about that one: and I have a hunch that most don’t need to think about this at all, because it activates something they have and I lack.

I think there’s hope for me and the body. One of my best memories involves me at the Jersey Shore, floating on a raft. I was maybe 6. The waves gently undulated, nudging me up and down. I remember loving how my body felt then: how the peace of my bobbing body flowed into my mind. And of course there’s food; taste is a bodily sensation, and may well be my greatest pleasure. But let’s just say the body is not one of my talents. I don’t get when people let go and have an ecstatic time dancing in a wild way. I’d rather sit still or wander slowly, and think.

Though I don’t follow Jewish law, in some ways, I’m a walking, obsessing Jewish stereotype. That wimpy Jew who gets no thrill out of physical challenges and can’t imagine why anyone would go camping when a nice hotel is down the block? That’s me. The yeshiva student who spends all day pouring over one line in the Talmud and has to be coaxed to sit by the lake and enjoy the gorgeous weather? That could have been me in a past life with a male body. The urban Jew who can’t exist outside of cities because nature is just too hard to negotiate… yup. A quintessential neurotic Jew who worries about every possible disaster? I bristle at being a quintessential anything, given my belief in each unique human self. But if I had to place myself in some existing category, that just might be the best choice.

So that’s me: a death-obsessed, fearful, life-loving, food-savoring soul who can barely function in this space-filled world. Somehow, though, I do function, and even manage to have great adventures. I look forward to sharing many of those in future columns.