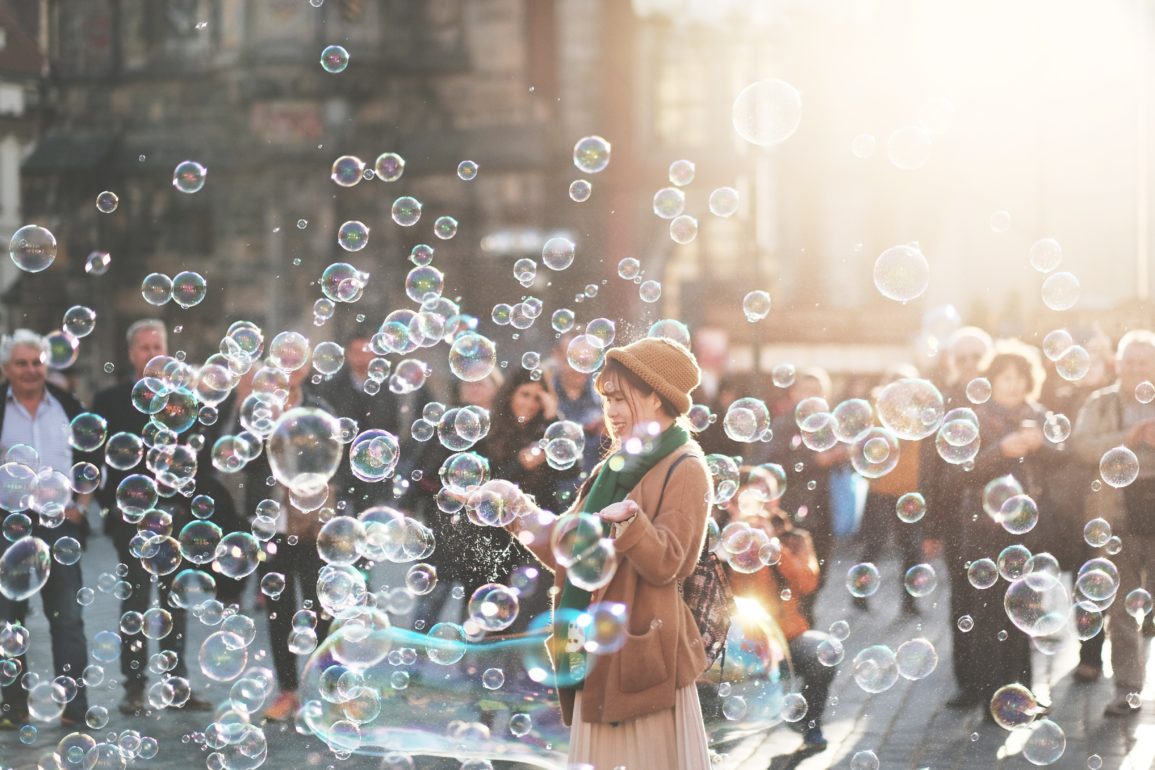 I Discovered Something Positive About Adulthood!

I won’t name the café
Because, believe it or not, I can see both sides.
I don’t want to embarrass the father
Though of course the daughter reminds me of me
At many different times
But mostly during earlier days
That I miss, yes
But occasionally remember
That much of it was a drag on my mood
And even, maybe, my soul.

At odd times, I’m reminded that, though adulthood is closer to death
And often places our dreams behind cages
Of practicality, unfairness, and even random garbage
Like the weather
And who we happen to meet or miss when we head to the park for a creamsicle
It can also be closer to the heart and character that throbs within.

This is not meaningless.
When I think about my school days hard enough and wide enough
For the feel and heft of them to reach my gut
And tingle in the skin around my ears
Mostly, I have to admit, I’m glad for today.

It’s a bright, clean café somewhere near Boston, MA
Owned by a laid-back Japanese guy
Who wears his hair in a loose ponytail
And tries hard to please his customers.
“How spicy do you want it?” he’ll ask with a smile.
“What kind of milk? We have whole, 2%, skim, almond, soy
And maybe oat: I can check in the back if you want.”

Last time I was there, I sat near his daughter
A cute kid with floppy little pigtails
Maybe 10 years old.
When I asked for silverware, she was the one who brought it to me
Carefully, holding it by the napkin it was wrapped in.
She smiled when I thanked her
Slightly at first
And then with a wide open grin.

And then she retreated to a table alone
And started her homework
Though… “started” may be too strong a word for it.
She looked at a sheet of paper for several minutes
Rubbed her eyebrows
And yawned
And then took a long, rich breath
So rich I could hear it at my table.
She breathed out.
I didn’t hear a sigh
But would you believe I could sense one in my chest
And in the center of my head
Right in the spot where thoughts, feelings, and memories mix?
Because yo. Yo! I felt her on the homework thing.
I remember that, and not with any kind of happiness
Or even quiet contentment.

The kid looked everywhere but at her worksheet.
She sighed again.
This time, I actually heard it.
Her father headed into a back room.
She watched him disappear as the door closed
And opened her backpack —
Red, with a design of little green frogs in a key spot in front.
Slowly, with great care
As if it were alive and filled with an alert, sensitive consciousness
She pulled out an iPhone
Turned it on
And began to busy herself with something.

I watched, engrossed enough that I didn’t see her father
Until he appeared right in front of her
Grabbed the phone
And stared at her with a look of…
It seemed like hatred, though I doubt it was.
It seemed like anger and horror, too.
It seemed messy and filled with some kind of pain.
I think that was real.

He took the phone with him to the front of the café
Where he still had customers
People asking about condiments and gluten
And whether they could have tofu instead of eggs.

She stared at the worksheet for maybe half a minute
Then slouched down in her chair
And did nothing as far as I could see
Though her mind may have been crafting universes
Or destroying schools
Or maybe both
Or something else entirely that only she could guess.

She opened her knapsack again
Pulled out her iPad
And smiled.
I saw her typing in the security code
And opening up some game
Or maybe it was a note from a friend
Something that made her grin
And then, for a few seconds
Laugh.

Her father was up in front
Breaking the news to customers that he was out of bagels.
Every minute or so, the girl glanced at him
Hands on her device
Ready to put it back in her bag
Though I doubt anything could have pushed her to start that worksheet
Even if her father had let out a scream
Or, for that matter, a cry.

I remember homework.
In particular, I remember arriving home during high school
Watching the night creep in
Knowing I had more work than seemed possible to complete
And skimming, frantically
Every once in a while
Though, for the most part, I spaced out
Remembering the past
Imagining the future
And then trying to imagine the future beyond the future
Realities that were so far beyond me
I could only consider the far edge around them.

I didn’t leave my house —
That was too extreme
Because I had homework
So I sat there, at my desk
Staring at the black sky
And thinking that this was a symbol of time moving too fast
And of life poorly lived.

I want to thank my parents
Because they knew I wasn’t concentrating
But didn’t say much, didn’t yell, didn’t glare.
I was lucky that it worked out
Kind of
For the most part
With all kinds of exceptions.
Somehow I did pretty well on the test
Except when I didn’t
And even then…
You know what?
I only remember a few failed tests
And none of them mattered much in the end.
Once, I failed the test but my teacher gave me a B plus
And asked me what was wrong.
I came up with some kind of lie that I don’t even remember
Some lie that got me out of a horrible grade.
I’m more honest now.
I could learn from my high school self.

High school me was much better at succeeding
And yet, I am better at living now
At least sometimes.
What do I mean by that?
The notion popped into my mind before the understanding.
Part of it is: I have more freedom.
I remember, as a kid, loving the chocolate mints
That the restaurant at Bloomingdale’s gave out after lunch.
“Can I ask for more, for later?” I would ask my mother.
“No, that would be embarrassing,” she would say.
I didn’t let it drop. “Can we offer to buy a big pile of them?”
“No, come on, let’s get out of here.”

Today, in a candy store, I found those chocolate mints!
The kind that Bloomingdale’s gave out, all those years ago:
One little package, containing two tiny balls of candy
That had to suffice until the next time we went.
I bought several scoops.
They’re in my kitchen now.
I may be closer to death, but I have no homework
And all the mints I want
And while that may not be worth as much as the time
That once seemed to stretch ahead of me in an almost infinite sky
It’s very, very far from being nothing.