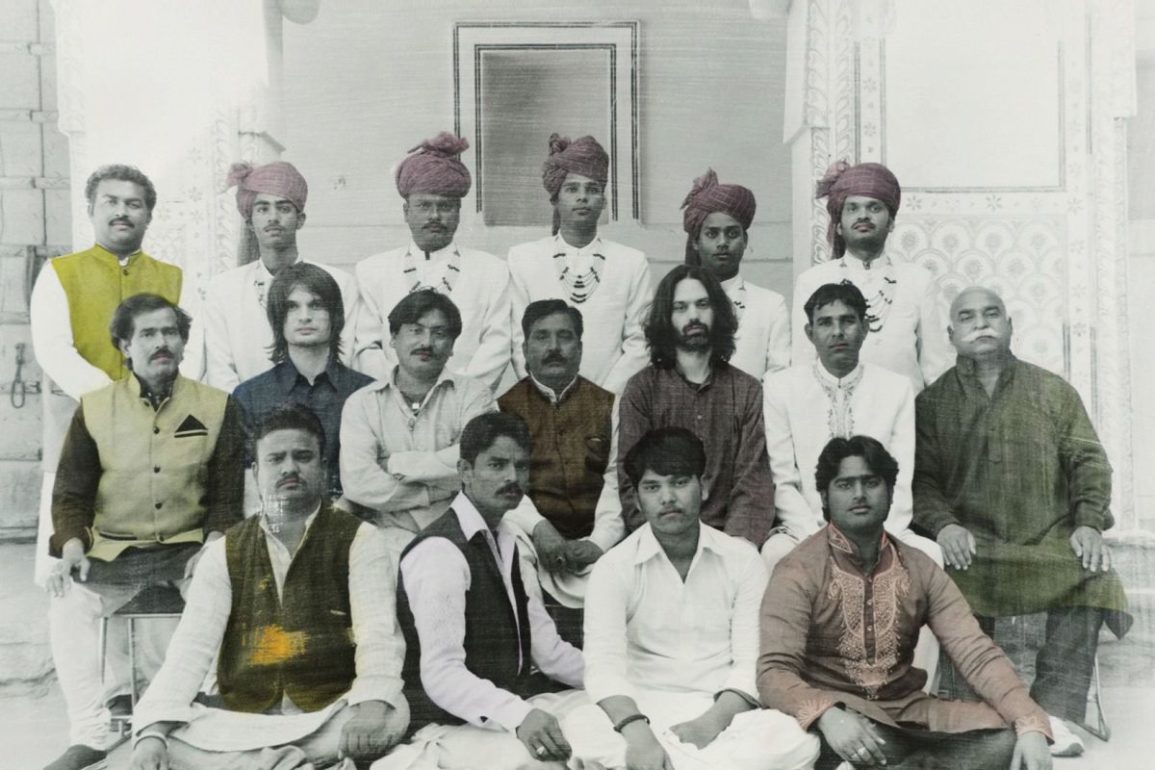 A British rock star, an Israeli composer, and an Indian ensemble walk into a recording studio. All that results is “Junun”.

Stop me if you’ve heard this one before.

“Junun” is Hindi for “passion”, and the album is a passion project led by the incredible talent of Shye Ben Tzur. He is certainly not the first foreign musician to seek inspiration in India. But the unique nature of Ben Tzur’s musical pursuit has been to achieve Qawwali music, Sufi Muslim ecstatic spiritual devotions, in his native Hebrew. For over a decade, he has been performing and recording his own blend of cultural music with great international collaborators.

His latest, however, received added attention in the western media for three big British and American names involved. Johnny Greenwood, lead guitarist of Radiohead and an accomplished composer in his own right, joined with Ben Tzur and The Rajasthan Express to add layers to his written compositions. Producer Nigel Godrich who worked with Greenwood on some of Radiohead’s most acclaimed albums, came on board for the recording. And six-time Academy-Award nominated filmmaker Paul Thomas Anderson, whom Greenwood scored three films for, tagged along to film the process.

The 50-minute documentary (Anderson’s first), which premiered at the New York Film Festival towards the end of 2015 (and is now streaming on Mubi.com), is a fly on the wall experience of being inside the studio with these rare talents. Primarily, it shows that the recording took on a life of its own as a 15th century Rajasthani fort was converted into a suitable production space. Power outages, birds congregating in the rafters, and temperamental instruments could not stand in the way of this one of a kind collaboration.

Overall, there are many Jewish spiritual touchstones here. “Hu” (Him), “Roked” (Dancer), and “Ahuvi” (My Love) are all titles that evoke Ben Tzur’s commitment to his Jewish roots. But the contributions of the 19 Indian musicians and the religious and regional styles they represent should not be underestimated. The brass is bright, almost to a New Orleans Jazz degree, while the rhythms stay planted firmly in the east. Strings, harmoniums, finger cymbals, chanters; even a Jew’s harp makes an appearance. There is a cacophony of sound which under Godrich’s control feels open and crisp at once.

To interject a personal reflection; the more I listen to the music, the more I realize the amazing command of prayer on display. Some find their path to prayer through structure, people, timing, surroundings, or familiar tunes. Maybe the words themselves. But to me music is the most direct route to my soul. But I find most “Jewish” music sincerely lacking. Frankly, it doesn’t speak to my interests as a spirit seeking musical snob. So time and again I reach out beyond the strictures of the expected.

The album starts with electronic drums on a loop. Then in come handmade percussion, and electric bass. A fluttering trumpet. Then a chant. This is the music of my soul.

The lyrics, in Hindi, Urdu, and Hebrew, take a wide approach and often reference the Oneness of G0d by using multiple cultures’ reference points. Once you clear the cultural and language divides, much like any foreign text, the rewards are great.

For Jews, there are “right” and “wrong” ways to pray, or sing, or lose oneself into meditation. Some may fault the album for repeatedly using a variety of G0d’s spoken names but their intention is prayer and I have no issue with this. In fact, quite the contrary- it has become an inspirational gateway to prayer for me. The simplest example being “Allah Elohim”- one of the standout tracks for its musical and spiritual content. The title references the common names for G0d used in Jewish and Islamic traditions, and the lyrics feature lines such as:

“You, who lives in my heart, in You, my faith originates. I within You, You within me.

To the infidels, I’m religious, to religious law ‒ an outlaw.

My Lord’s house is within me and I have my temple in his heart.

To Jews I am a Jew, to Muslims- a Muslim. In any tongue I speak. My language is one!”

There is a religious crossover on display here that is common to Indian culture and indicative of the album’s message as a whole. It is centrist and focused more on The One G0d than it is the details that divide us, an approach that should be respected more often. In short, the track is a driven, powerful devotional that I have often found myself revisiting over the months since the album’s release.

For whatever reason, “Junun” has felt like a golden secret since it was released in the fall. Each time I would approach a fellow Jewish musician, I would ask if they had heard of the album. No one knew what I was talking about. Then I would have them listen to it. Each time the response has been the same- Why isn’t there more like this? What steps can we make towards truly breathtaking spiritual music?

Simply put, promote the artists who are doing great work. And hopefully inspire the next one.