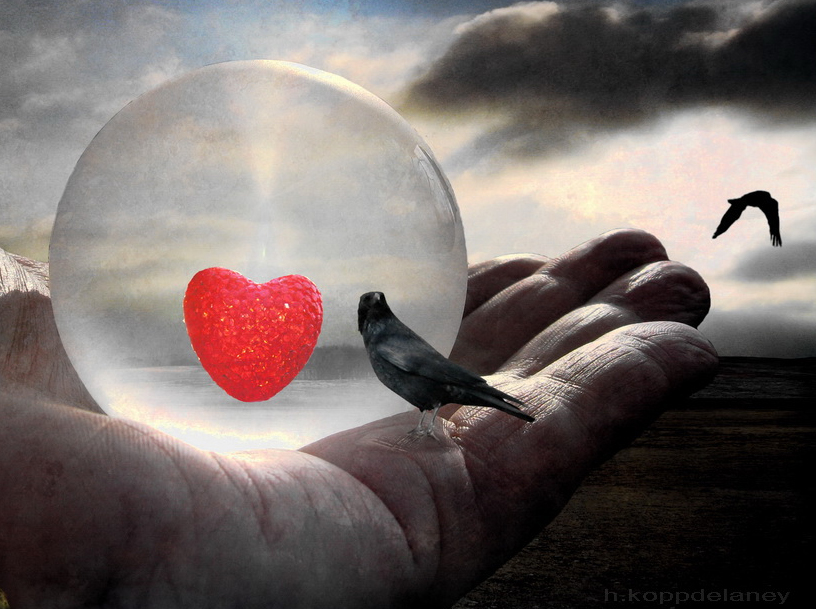 Sometimes I forget that there’s always a way out.

I learned that the hard way looking for it when my marriage was at its cataclysmic end.

It was summer, and it was hot, except at night when the world was as cool as stone.

I never left the safe side of the fence because it was covered in barbed wire and sabra cactus. But beyond it, I could smell the clementine orchards — sweet bloomings in between the spaces in the cactus, and in between the barbs.

And yes, there was a gate. A big metal yellow one eased wide open during the day, closed when darkness fell, with just enough space for someone on a purple bike to slide under and out when the guard would turn his back to make sweet black coffee.

But I didn’t dare.

Not because I couldn’t, but because what would people say? This girl —  someone’s wife! A mother of two, what is she thinking? — on her bike lit only by the quick wink of a moon and a zillion stars, there she goes, that girl, wobbling out the main road, a quick left, and then where?

Where is she going?

But time does things, and you learn a secret lesson at a certain point — for me, I learned it fast and I learned it early enough to do something with it while I still had the energy to pull back brambles and climb the fence: At the end of the day, you have to live with yourself.

And if you don’t like yourself, then you have two choices: Stop living, or choose to become someone you like.

And yes it was scary — no, actually? It was terrifying — to face the life I had built in a little box out of Ikea furniture and towels and sheets we got as wedding gifts in colors soft and muted, colors I would have never picked, to face the mirror (one bolted to the wall) and say “this isn’t you. This isn’t you at all.”

And it was scary — no, it was terrifying — to shuck your (s)Hell and walk away from your everything into nothing, with faith alone and as much dignity as you can muster when you’re dragging your life in one small suitcase with a wheel missing, alone.

I tore my skin getting out, but my heart stayed whole, and I didn’t break.

I will never be trapped again.

And I found a way to start a life that would make me this person, this person I always wanted be.

But fences can be lovely. They keep you safe — and eventually, I found my way back behind this fence once again. But this time was different – because those new lines around my eyes, some hard edges softened, and muscles taut and thrumming from climbing and from reaching.

Not givens, these things were earned through living.

So, yes, I am different this time.

But. when darkness falls, you go to sleep with yourself — with every filo-dough layer of who you ever were wrapped in and out of you, and sometimes, a dream can shred you while you lie there curled in darkness in your cocoon, or missing someone can make you yearn for that piece of you that’s missing, or maybe anything that calls to you, ancient and eternal, but you wake up and you feel it, this need this craving to move beyond the fence.

(Only this time, I don’t have a bike anymore.)

But it’s different this time.

This time, the sun is out in slits through low clouds.  My feet are on the ground.

But what will people say? This girl — no, this WOMAN — STILL a mother of two, why is she taking a walk through the fields? Where is she going?

But who has two thumbs and no longer gives a damn what other people say? Me.

And, see? There’s the difference.

I started at a walk, shoulders back, chin out, a gentle rolling with each step, my hips aligned and moving, it was only me (and my money and my charger and my keys and my phone, unencumbered in a 2015 sort of way, I was moving forward still).

A car pulled over. “Where are you going?”

“But don’t you want a ride? Isn’t there a bus you should take? What about the train? Do you need a coat? Or an umbrella? It might rain.”

Hell naw, don’t give me your umbrella, or your coat, not your trains that run on schedule or your buses that lurch and groan, not your cars neither and the rules of the road.

I’ve got me, and that’s enough until I get there.

And I got there, to the first station on a marathon journey that will take as long as it needs. Down the long stretch of yellow dirt road, passed the trees, through a clump of prickly shrub that blooms soft and purple at the head, I got there. Up the bridge, at a run while the music played (Eminem “Lose Yourself” because, obviously), with my eyes open halfway against the wind, my heart open completely. I got there, to that first station.

Then I went back.  Over the bridge and down the road and through the sweet orchards in their blooming.