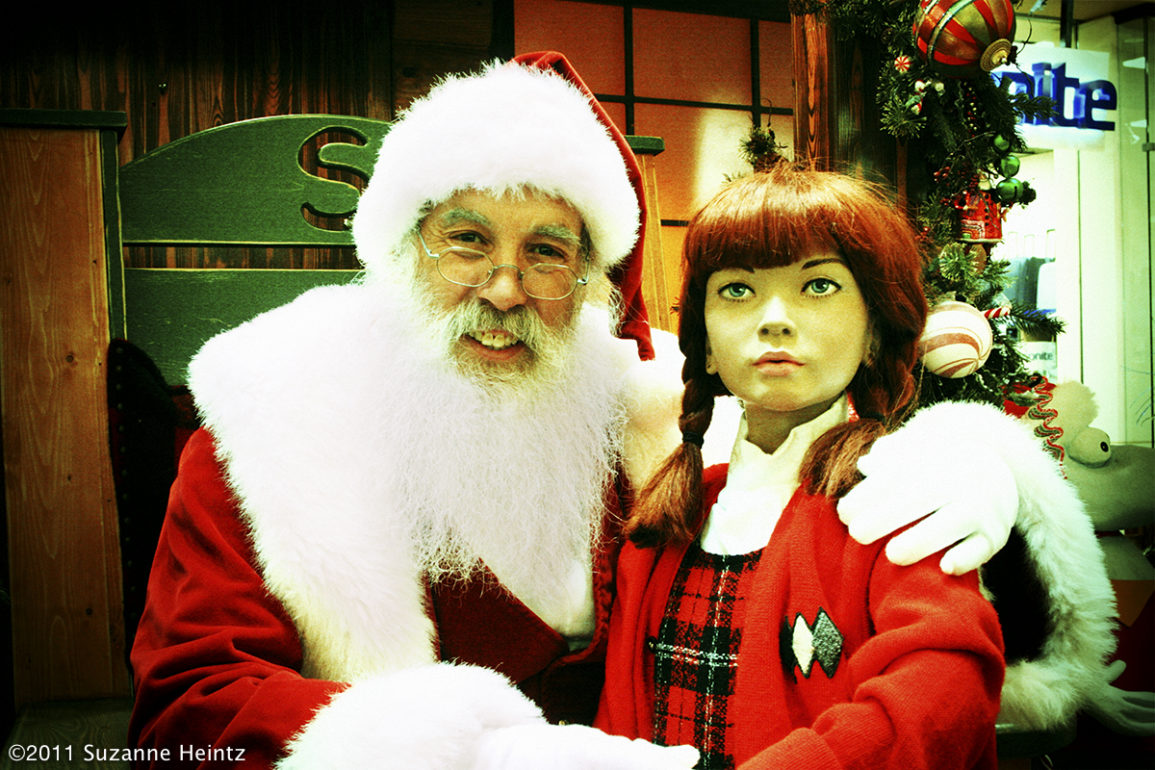 Dear Santa, From A Super Jew

Shalom! I’m Rachel,
Rachel the Jew.
You’ve been owed this letter for a decade or two.
Or maybe a few.

I’m turning in a really late assignment from first grade.
I plead with you to read it.
Attention must be paid. Let me start by apologizing for calling you lecherous.
It’s the dudes who impersonate you who are treacherous:
Opportunists who wait for the winter cold-snap
To dress up in red and bounce kids on their lap.
To revel in the anonymity found in fake beards.
Quite frankly, it’s sketchy, disturbing, and weird.

I’m giving you, “Real Santa,” the benefit of the doubt.
I’m turning to you, on account of your clout.

I’m giving you credit where credit is due.
I’m guessing you don’t believe in me
Anymore than I believe in you.

But the fact is, you’ve captured the collective imagination
Of an overwhelming percentage of this troubled nation.

You may recall me from back in the day.
I caused quite a yuletide stir in my own way.
I, like you, can sometimes captivate.
Remember the scandal of candles: Hanukkah-Gate?

I was born a forlorn Hebrew child
In San Luis Obispo—the wilds of exile:
Sacred land pillaged from the Chumash tribe.
The whole place was steeped in a colonized vibe.

The Jews in my school were few and far between.
There was Kimberly, David, me, and Helene.
So I’m in first grade and it’s that time of the year.
Time to sing Christmas carols and share in good cheer.

My teacher throws us Jews a bone by bringing up Hanukkah.
She hoped to spend a minute, and then to get on with it.
She asks, “How many days is Hanukkah?” and Kim answers, “Eight.”
And it’s right around then that I start to get irate.
I raise up my hand with a heart full of fire,
Then I turn to Kim and I call her a liar.
I declare that Hanukkah is only five days.
The three Jew-kids turn to stare at me, amazed.
The other candy-cane-suckers couldn’t care less,
But this was obviously causing me great distress.
I continued to rant about Kim’s dirty lies.
I marched home from after school, unsure what to surmise.
Then, Santa, get this, here’s the biggest surprise:

I walked in the door and explained the situation.
My mother replied with the strangest confirmation.
She says, “Honey, I told you it was only five days, because who needs 8?
Isn’t five enough? I need more on my plate?”

My eyes traveled over to the half-filled menorah.
My mom said, “Be grateful for five, Kina Hora!”

Why did my mother tell me this lie?
Why was eight days more distasteful than five?
The best I can guess, it was her personal Shakkai.

Shakkai: A sacred name in Hebrew, translating it is tough.
But one aspect of its meaning is to say, “Enough.”
It’s the power of boundaries, definition, separation,
It’s the aspect that tempers the constant onslaught of creation.

My beloved mother put her foot down right there.
Shakkai! Five days was enough, what did she care?

Already estranged from all the prissy little Christians,
Then, even the very few Jews kept their distance.
Who could I trust? What could I believe?
It made me question everything, and prepared me to leave. I felt like an outsider, which helped me understand.
Hallelujah, everything unfolds perfectly as planned,
Because I am the otherest other I know.
An outcaste, a strange ranger, a true-blue weirdo.
A superjew who’s constantly disrupting the status quo.
A superwoman turned on by the divine, holy ho ho ho.
A supermystic with failings and foibles galore.
A supernerd sybarite who always wants more.

You don’t have to slaughter all the evil racist bastard A$$h*les,
Just please take them all with you back to the North Pole.

So Santa, that’s my letter, I hope that you get it.
It’s a huge risk for a Jew, so don’t let me regret it.

Let’s practice radical honesty. No more BS.
Go Stonehenge, Go Valhalla, go Old School, we need this.
We all know you’re Norse deity of note known as Odin,
Why should speaking your true identity be verboten?
You’re a real OG and your soul belongs to solstice.
Call forth ALL the spiritual big guns to hold this.
On Freya, On Frija, On Fulla, On Brigit,
On Laxmi, On Durga, On Guanyin, get with it.
On Esther, On Pele, and come on, Yemanya.
You know you can do it, you know that you wanna.

Hand over the keys to the kingdom to the Goddess.
It’s time for the sacred feminine to rise. We got this.
The answer is love,
An end to the violence.
Leave wrath in the past,
Let all rage by silenced.

I’m trusting you brother, I’m no kind of cynic,
To be honest, your style? It’s downright rabbinic.
We’ve got lots in common, my friend, you and I.
Happy Hanukkah to all, and to all KEL SHAKKAI!

ALL PHOTOS © 2011 by Suzanne Heintz, Conceptual Photographer
From her amazing and thought-provoking series, Life Once Removed.
Visit: suzanneheintz.com  Facebook.com/LifeOnceRemoved Twitter @suzanneheintz
(Thanks to Sara Esther Matz Crispe for making me aware of this artist!)

This piece had its live performance debut at Write Club Los Angeles at Bootleg Theater.
Here’s the footage!