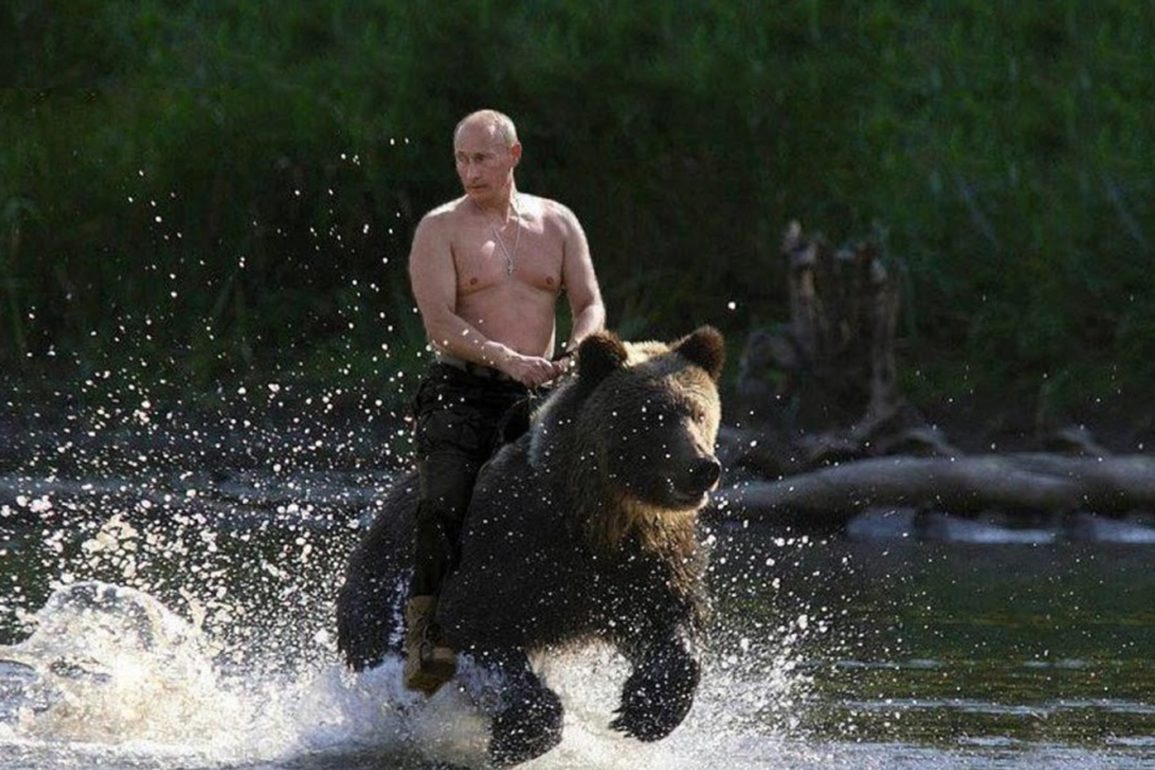 Rabbi Putin with his shirt off
is the talk of the mikveh
as soon as he leaves. Such muscles

unseen since the days of the golem
and Barney Ross. He doesn’t wear tzitzis
to remind himself but his congregants

one night he switches Our L-rd for his name
to see how it feels. It feels right. On Yom Kippur
he gets the biggest crowd the shul has seen

stands before them, tallis flying like a cape
when they open their mouths
the prayers hit him with such force

he’s thrown off his feet, soars backward,
the Torahs stand aside,
leaving a Rabbi Putin-shaped hole
in the aron.

He splashes straight into the Moskva River
never to surface, drowned by the weight
of his own gaiva. Next Yom Kippur the people will

gather again, pray again, remember Rabbi Putin
and their own faith, and their own prayers,
carried alight, will be all the stronger for it.