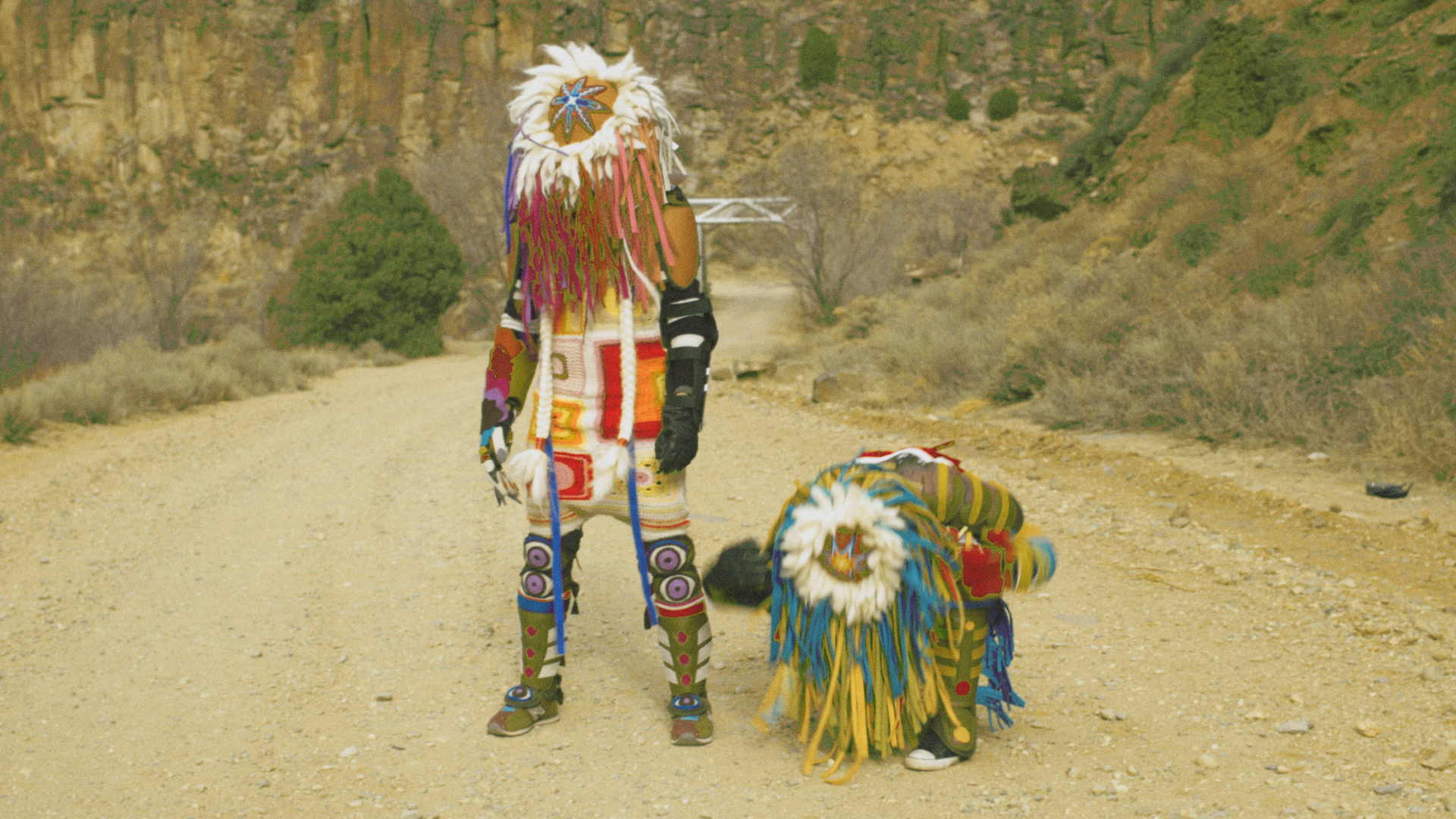 Music videos don’t typically grab you by the soul and refuse to let go.  But, in the case of Hapax Legomenon, that’s exactly what happened. I didn’t so much watch the video, as I absorbed it.  It’s a sensory rush of crisp vocalizations, otherworldly environments, and a gauzy, inexplicable air of holiness.

Hapax Legomenon is the fifth song in Darshan’s new album, Raza, a series of songs based on the Kabbalat Shabbat, the weekly service welcoming in the holiness and mystique of Shabbat.  This particular song was based on Psalm 29, an ode to the power Hashem holds over nature… and perhaps, a reminder to humans to relinquish judgement to God.

The nature scenes were stark, orderly, the man-made ones chaotic and wild.  One scene bled into another, like worlds seeping into worlds.  The human voices, the staccato notes of Eden Pearlstein, the haunting melody of Basya Shechter, and the sputtering, pulsating sounds of the beat boxer, Ashley “Saywut” Moyer, pulled me along, like guides through the surreal wilderness of sounds and images.  The calm measured tone of their voices stood in sharp contrast to the unruly landscapes.

The second time I watched the video, the Psalm echoed in my head as the lyrics began: “breath held, hovering between sky and ocean,” and, indeed, I found myself holding my breath, waiting for the mystery to unravel.

It didn’t unravel, not exactly. Instead, each word and image seemed to give fleeting glimpses into portals that lie hidden in plain sight.

Lyrics like “Cedar lined sandalphon Salmon song sleep talk” transposed over post-apocalyptic scenes with eerily moving figures.  Were they aliens? Tribal dancers? Messengers from God? It was unclear.  But, what did seem to be clear was that they were decrying the demolition that man has wrought.

Just when I started to feel like I understood where the song was taking me… that it was a message about the power of nature over technology, a judgment against people who value the physical over the ethereal, I heard the lines…

And I realized that perhaps, I too had fallen into that same trap of judgement. That maybe the song was not about critiquing anyone’s path to the divine, but rather a testament to the connection between everything in the Universe, a realization and acceptance of all the gateways to spirituality. A reminder that the physical world is just a flimsy paper wrapping over the mysterious core of the Universe.

Hapax Legomenon inspired me to keep my eyes open for places where the wrapping has worn thin, and portals await.