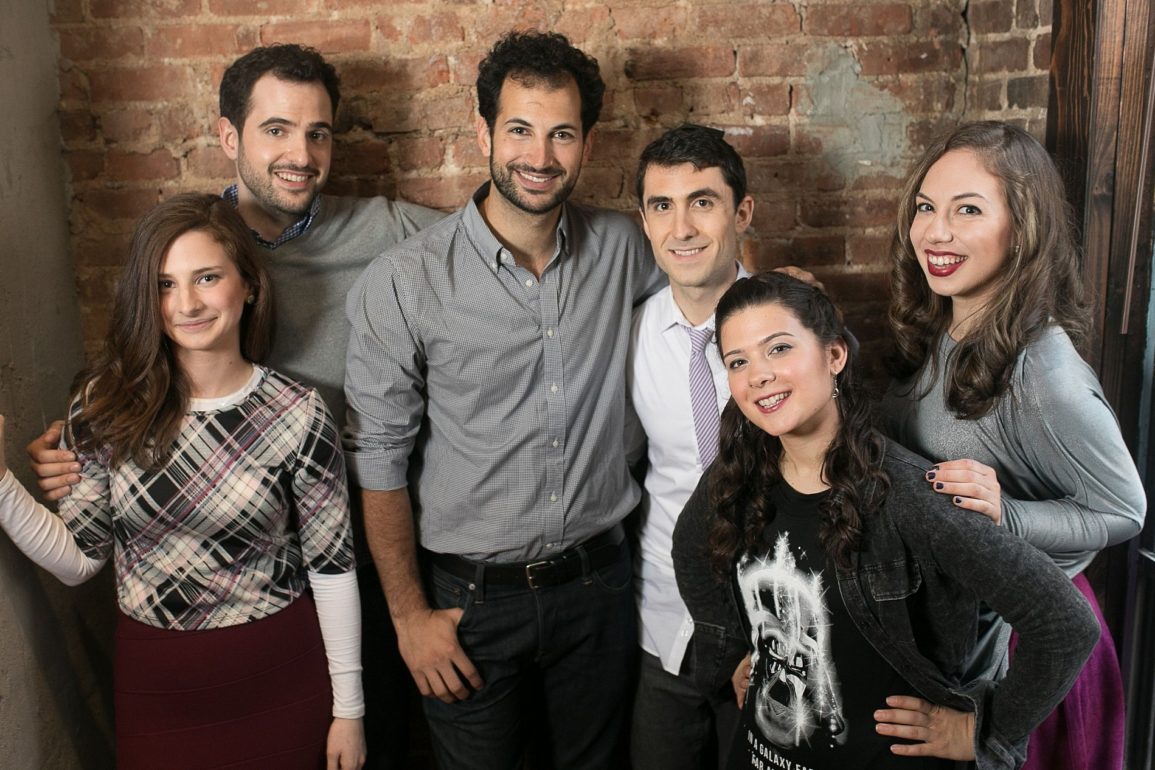 How Soon Is “Soon By You” For Gay Orthodox Jews?

She’s dripping wet and shivering. There’s a stray leaf in her golden brown hair, dried up and blackened. The woods around them are quiet and listening. She needs to show him she cares.

He’s digging holes with his feet, jabbing at the ground every few moments. His wet clothes are hugging his slight, yet athletic build. Why did she hide this from him? Aren’t they far along enough in their relationship for her to feel safe?

“You looked at me and thought what? That I’d walk away from you?”

“I looked at you and saw a really nice guy…who’s a rabbi!”

Being gay in the Jewish Orthodox community could be a deal breaker. And she could never quite find the right moment to tell him that her brother was gay, albeit a devoutly Orthodox Jew.

This is a scene from the second episode of Season Two in the Soon By You mini series that premiered on Sunday at the Marlene Meyerson JCC. The show, released on YouTube, explores dating in the Modern Orthodox Jewish community on the Upper West Side of Manhattan.

Sarah Feldman, played by actor Sarah Scur, and David, played by actor Danny Hoffman, have been dating since their fateful encounter in the iconic opening seen in the first episode of Season One. They have since overcome many of the hurdles two people who might share the rest of their lives together face. But still, the underlying fear that one’s deepest personal truths may just be the deal breaker rides at the surface of this episode.

As universal as this issue is to any two people dating, it has particular prominence in the Jewish Orthodox dating scene. Grooming oneself for marriage is a process that begins from a very young age. Every community and, indeed, every family communicates this to their children differently. However, the awareness that one’s personal decisions can have drastic ramifications on who you will marry is ever present.

Very often, this attitude creates the setting for stable marriages and communities. But it can also lead to a suffocating erasure of one’s individuality and identity. This episode bravely tackles how LGBTQ Orthodox Jewish youth are impacted. To some, this may seem like a contradiction in terms, but that couldn’t be any further from the truth.

After the premiere on Sunday, I was chatting with a friend who is a gender non-binary identifying Orthodox Jew. “This was such a big deal for my family. I used to hear all the time how my choices would affect my siblings’ marriage prospects.”

I couldn’t shake the feeling that seeing an experience similar to their own on the big screen brought some healing for my friend.

Leah Gottfried, the show creator, and actor playing Sarah Jacobs, weaves in and out of comedic relief and heartening drama masterfully. The episode opens with Sarah splattered on her back, out of breath from a run. Her face stares up to the camera, grunting furiously. She FaceTimes Ben, her elusive date, “How could you make me do this? This is all your fault!”

He’s incredulous. “Remember begging me to take your mind off dating? Running is how I take my mind off stuff.”

She retorts, “Well it doesn’t work. This just reminds me of dating, cause it hurts.”

A few scenes later, Sarah Jacobs, waiting for Ben to arrive, orders curly fries at a kosher pizza shop before her yoga class. Ben never arrives and the flighty, obnoxious character is suddenly sad and alone. The camera follows her gaze from person to person, all of them happy and content. All of them, besides Sarah Jacobs herself.

I have certainly experienced moments like this when it feels like everyone around me is humming along on a frequency I don’t have access to. Have no fear. Sarah’s gaze eventually lands on one unsuspecting victim. She makes fast friends with her, assuring her a few scenes later, “We’re not really besties.”

Leah has taken a courageous leap into the unknown by producing this show. We are in the age of streaming wars and an endless smorgasbord of digital media. Can independent Jewish cinema really support these young filmmakers?

So far the show has reached more than 220,000 viewers on YouTube and is largely funded through individual contributions. They’ve also mastered the art of product placement. By collaborating with brands and organizations that are in line with issues the show has championed, it has maintained its identity as a community-based endeavor.

My big aha moment occurred at the Q&A panel with the cast after the premiere on Sunday. Someone in the audience asked, “What is it like for cast members who don’t come from the Jewish Orthodox background their characters were raised in?”

Nathan Shapiro, the actor who plays Ben, eagerly took the mic and described how this was an entirely new experience for him. “But, what I noticed most is how universal these stories are.” And he has a point. Soon By You is what film does at its finest. Shining a spotlight on a particular experience that is also universally human. And creating conversations that make dating hurt less.