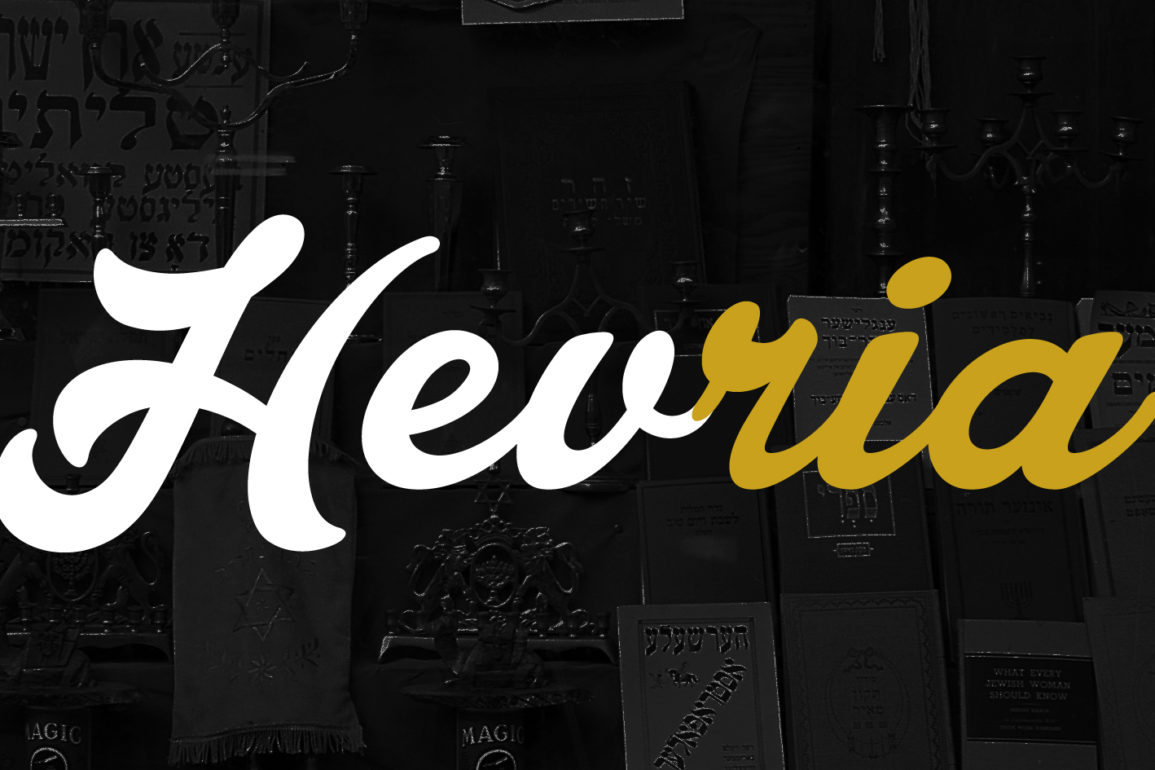 I’m Elad, And This Is Hevria

My name is Elad, and I’m proud to announce the creation of Hevria, a project I have contemplated since practically the moment I started blogging.

If you don’t know, I’m the writer behind Pop Chassid.  Blogging has been one of the most exciting, wonderful experiences of my life.  I have felt absolutely blessed to create a community of like-minded folks, Jewish and otherwise, who give a damn about what some dude sitting on the subway every day for an hour wrote for them.  But I’ve always felt there is a potential for something more, something bigger.

Running a one-person blog has its rewards.  You get all the credit, you get to write whatever you want without any editors screwing up a piece you care deeply about, you get to shape a community with your own hands.  But it is also very lonely.  You’re the sole voice of this world, and that voice has only so much power.

As Pop Chassid grew, I was amazed to see what I like to call, “creators” come out of the woodwork.  These are the people who I most identify with: people who aren’t politically motivated, who don’t try to force themselves into boxes, and, most importantly, work diligently to always be focused on positive creation instead of negative deconstruction.

Most writing in America has, historically, been critical.  Political writing, editorials, commentaries, etc… these have usually been considered “serious” writing.

Pop Chassid was created with the belief that what the world needs is more creators.  People who want to bring out beauty and positivity through their work.

As a Jew, it saddens me that I don’t see the access to this sort of spiritual artistic creation in practically any Jewish publications.  The focus is almost always political, almost always critical, and almost always within a very well-defined box.

Judaism, its eternality, its deepness, demands that we have a balance of both creative and critical.  And it demands of us who are drawn to the creative spectrum, who have that deep inner desire to bring out something that builds instead of breaking down, must exercise that skill.

My experience at Pop Chassid has shown me that the potential for this sort of outlet is there, it’s just that none has existed up until now.  I’ve met so many incredible, creative, deep creators through my site.

However, they aren’t all great marketers.  I do marketing for a living, so promoting Pop Chassid has been a joy for me.  For others, it is an absolute bore and a torture.

They also don’t necessarily have the inclination to start their own publication from scratch.  Or they are also writing for other places, but are looking for a place that lets them truly access that creative place within.

That’s what Hevria is.  Hevria is a combination of the Hebrew words Hevreh (group of friends) and Bria (creation).  We are a group of creators, coming together.  By working together, by combining our forces, I believe we will be incredibly powerful.  I believe we can make a difference in the way the Jewish world writes.  And I believe we can raise the spiritual sparks of creativity.

The writers who are contributing here are amazing.  From Sarah Tuttle-Singer, writer of viral fame, to Eric Linus Kaplan, who is a writer for the Big Bang Theory, to Matthue Roth, author of more than a few novels, memoirs, and children’s books… to much, much more.  I am blessed that they all believed in the mission of Hevria enough that they were willing to contribute regularly.

Over the next week, Hevria will be posting their intro pieces, in which they’ve bravely and beautifully opened up about who they are and what they hope to accomplish here.  You will see three other posts already up today.

And without further ado, I’d like to tell you exactly who we have on board:

You may recognize some of these people.  You may not.  Either way, I’m positive this is a special group of people, uniquely suited to this task.  Their introduction pieces alone are enough to inspire me into believing deeply in their potential in taking this site to unimagined heights.

Thank you so much for checking us out.  I can’t wait to see what comes next.