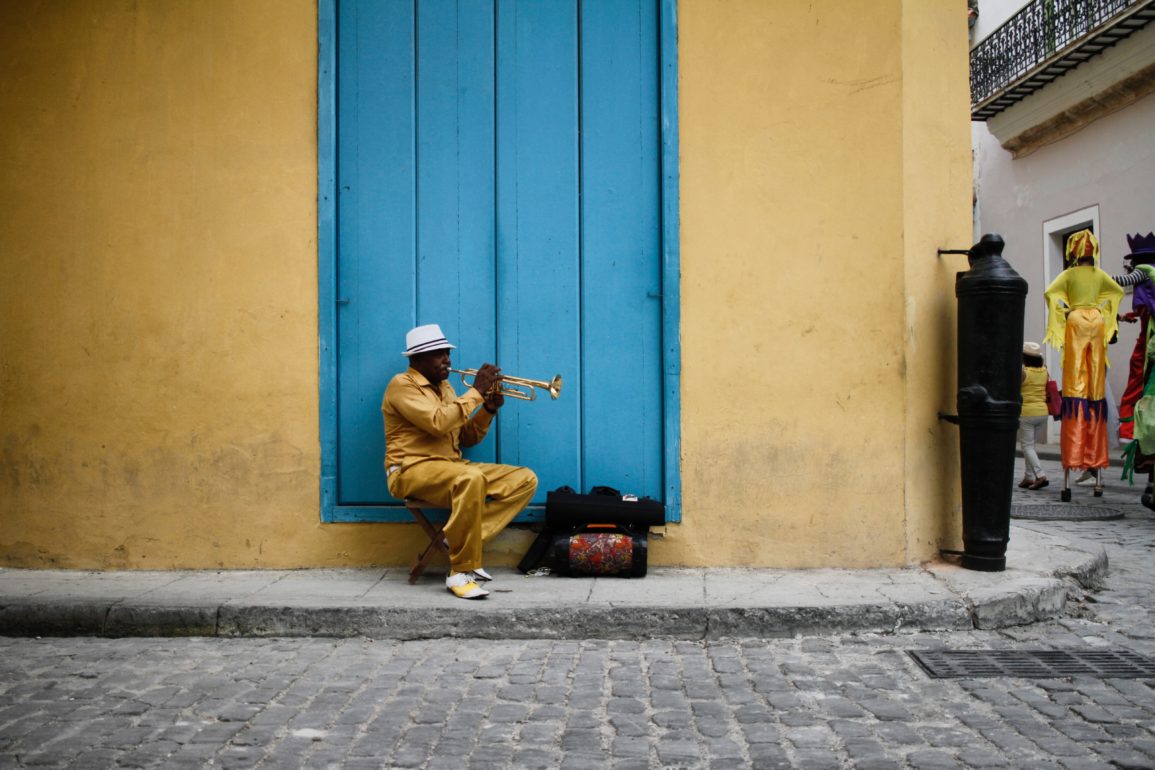 Memories Not My Own

Without intending to be nostalgic for a time that isn’t mine, sometimes I soundtrack my kitchen or neighborhood walks with Celia and Johnny, conjuring the ancient Miami Beach Cubans on Washington Avenue in the early 80s wearing their thick, black-rimmed glasses, cigars in the pockets of their guayaberas, steaming cortaditos and flaking pastelitos wrapped in parchment paper passing hands, in their breezy house dresses and practical shoes catching priceless shade under the storefront awnings singing songs in colloquial conversations recalling times wholly theirs, wholly lost across time and miles. There they stand on the sidewalks in front of their glass front stores of blue collar work clothes or housewares or jewelry or in the chemical aroma door space of beauty salons talking about the old days or fishing or the Dolphins or the quality of produce in one bodega as opposed to another or the latest heroics of their iconic American, President Ronald Reagan. They spoke Spanish and Spanglish, called out “Oye!” and without fail they put their hands on your shoulders and commented on how much weight you gained or lost. Out of every storefront came the rhythms of their oh-so-close island home from one radio station or another, like Super Q, that played commercials featuring Alverez Guedes, who would crack open a bottle of Budweiser, pour a glass, take a sip, and say, “Ñoooo, Que Cerveza!” and you knew then and would confirm it some years later that there was nothing more satisfying than that first cold sip while the sun cooks the sand and the shore whispers all the stories carried on the currents of the Atlantic, arriving bitter as salt spray and lime and as sweet as the cheapest Carribean rum. The stories they told, the memories they fried into their maduros and served in their cafecitos, the sense of loss with every puff of smoke, these proud men and upright women, having made new lives for themselves, brought families up as Americans, learned Ingles, forged foundations for achievement and influence, planted so many seeds for mango trees that the abundance is left to decompose in the heat of the South Florida sun, sweet-scenting my walks under palms between the highway and the sea with the aroma of memories not my own of the ocean washed Malecon, the urbanity of cobblestone streets quarried by the rhythm of an ancient rumba swaying the shapely hips of an island I can not call home.

Photo by Jessica Knowlden on Unsplash