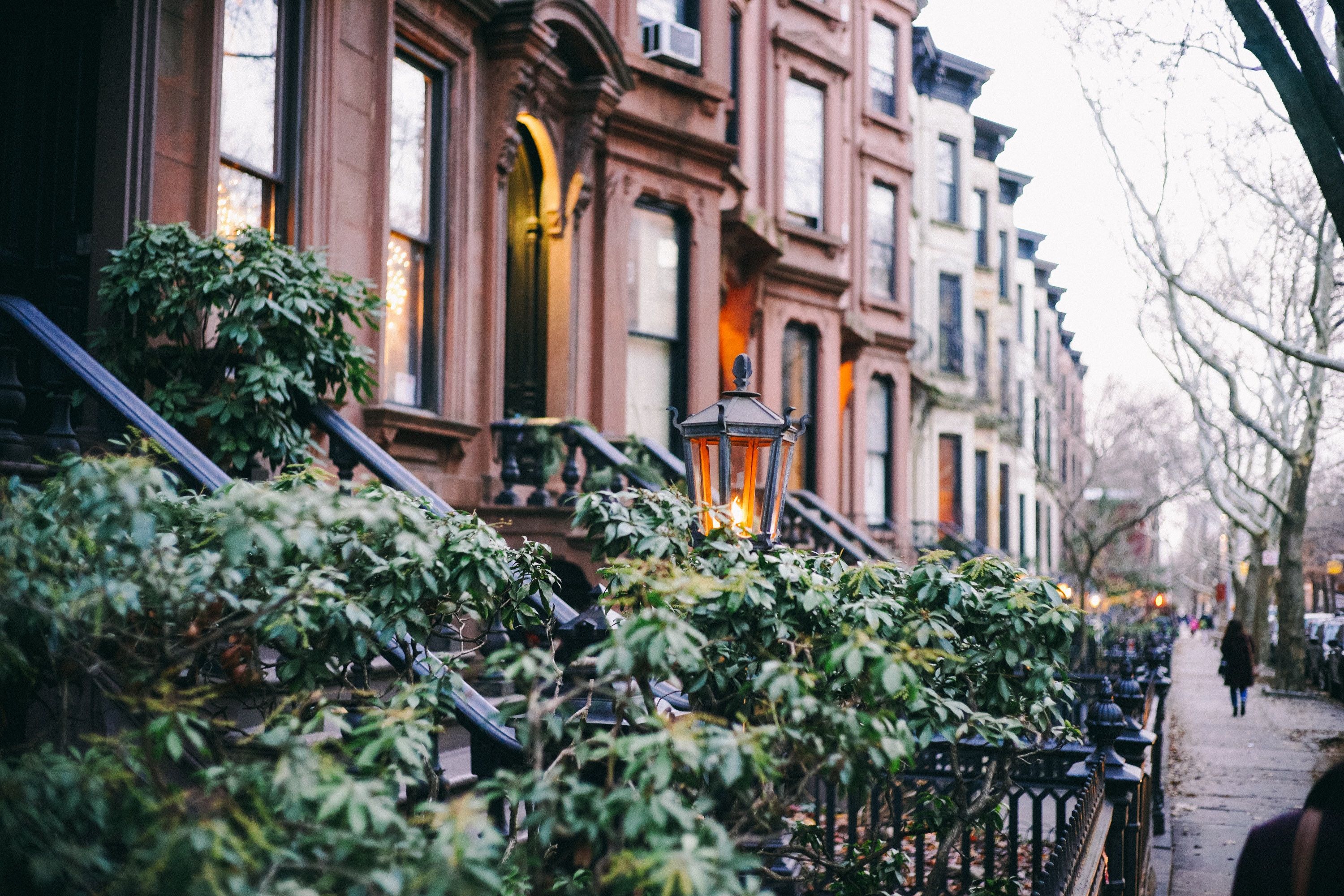 Hevria House Brooklyn, located at Elad and Rivka’s home, now boasts weekly events, from creative farbrengens to classes to variety shows. But more than that, it is Hevria’s biggest investment in imagining what a community built not around artificial barriers between Jews, but around the needs of Jews who are inherently creative, could look like.

Brooklyn has been the perfect laboratory for this sort of experiment, both because of its intense creativity, as well as the deep need Jews here have for a community that breaks the mould of the ones that surround them.

If you’d like to attend an event, feel free to check out our events page as well as our Facebook events. 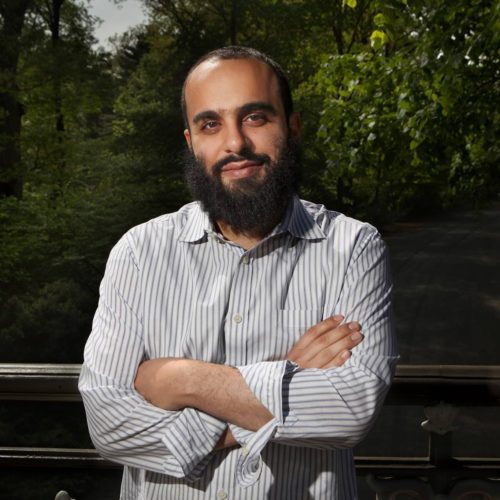 Co-Founder and Leader of Hevria Brooklyn

Elad Nehorai is the co-founder of Hevria and the leader of Brooklyn Hevria. He has spent most of his adult life creating and nurturing communities. From the time he started a small online arts magazine in college, to his efforts as an online marketer for startups, to his viral campaign “I Have A Therapist,” to his present-day work with Hevria and Torah Trumps Hate, a community for progressive orthodox Jews, Elad cares about nothing more than connecting people who are desperately looking for a community that doesn’t exist in the physical world. Elad is also a prolific writer. He has written for places like the Guardian, the Forward, and Haaretz. Elad’s work has been viewed by over 10 million people, and has been discussed in places like ABC World News, BBC Radio, Mashable, the New York Daily News, Tablet, and more. 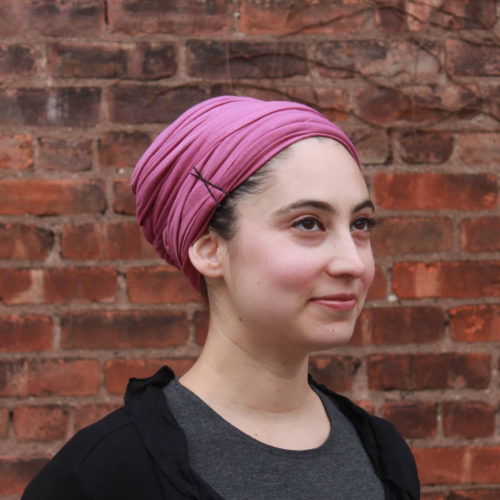 Rivka is an outspoken activist for artists and creative spirits, insisting that raw, redemptive art-making is the means for mental and spiritual health. She is a professional artist whose daily chicken dance between mothering three little ladies and navigating her way throughout the greater art world never gets boring. Her current work can be viewed at rivka.gallery. Rivka teaches artistic approaches to high school students as well as figure drawing for adults.

Rivka helps facilitates Hevria programming from input at the conception stage to coordinating logistics , and financial management. Rivka works as a “guardian” or “gatekeeper” at creative farbrengens and other communal gatherings, to ensure that the flow and emotional safety of the evening benefits all participants. 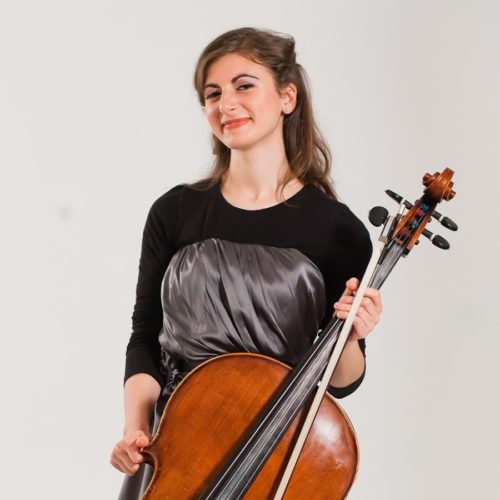 Laura Melnicoff is a professional cellist, active in the classical, klezmer, and Jewish rock music communities. She currently plays offBroadway in the orchestra for the National Yiddish Theater Folksbiene production of Fiddler on the Roof in Yiddish. Laura also plays with the jazz eclectica band The New Moon All Stars Party Band; and the Jewish rock band Zayah. Laura received her BA in Music from Mannes the New School for Music and MA in Music from Tel Aviv University.

Laura is passionate about fostering and facilitating creative expression, and is the Director of Women’s programming for the Jewish creative community Hevria. She lives in Crown Heights, Brooklyn, with her husband and two little boys. 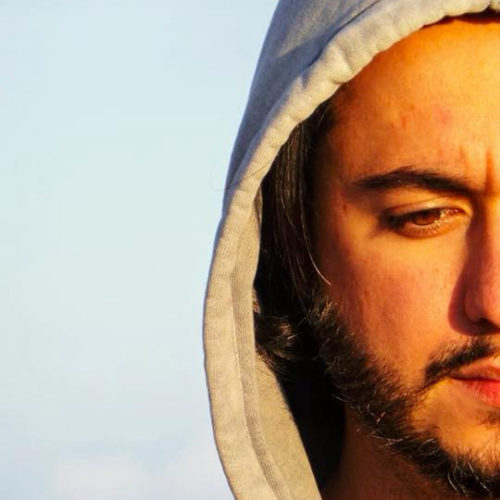 Raised in a home that doubled as the only Chabad House in downtown Chicago, Elie got an early start in alternative community building. Harnessing a still unquenched thirst to explore, Elie left home when he was fifteen years old to study at Yeshivahs in France, Argentina, LA, Brooklyn and earned his rabbinical degree in Singapore while working for the local Jewish community. Soon after, he started his own Chabad House in the Lincoln Park neighborhood of Chicago and at DePaul University. Once a viable community was built, Elie ventured onward to pursue a journey of self discovery and now lives in Brooklyn as a writer and aspiring musician.

Today, Elie uses his community-building experience to help build Hevria in ways it never could before. Elie built the volunteer base for Hevria from scratch and now manages a team of volunteers while also leading events, visioning growth, and so much more. 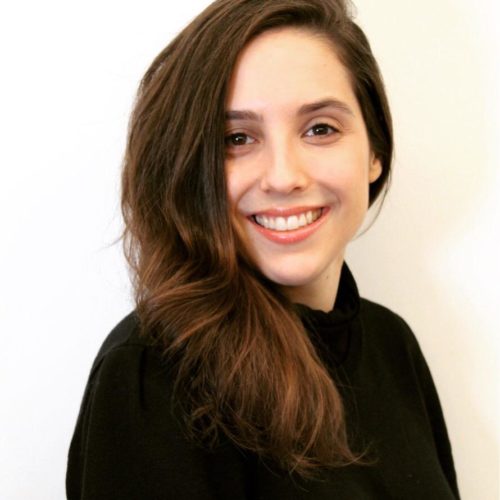 Originally from small town Ontario, Emily is a flourishing Jewish creative with a passion for music, the Torah, and Irish literature. For the past year and a half Hevria has been a home for Emily’s thought pieces, journalism, poetry, and musical ambitions.

Emily is also a singer/song writing who released her first EP, “Youth and So On” this past year. She enjoys convening others for the purpose of creative growth, and finds great value in community building and intentional gatherings.