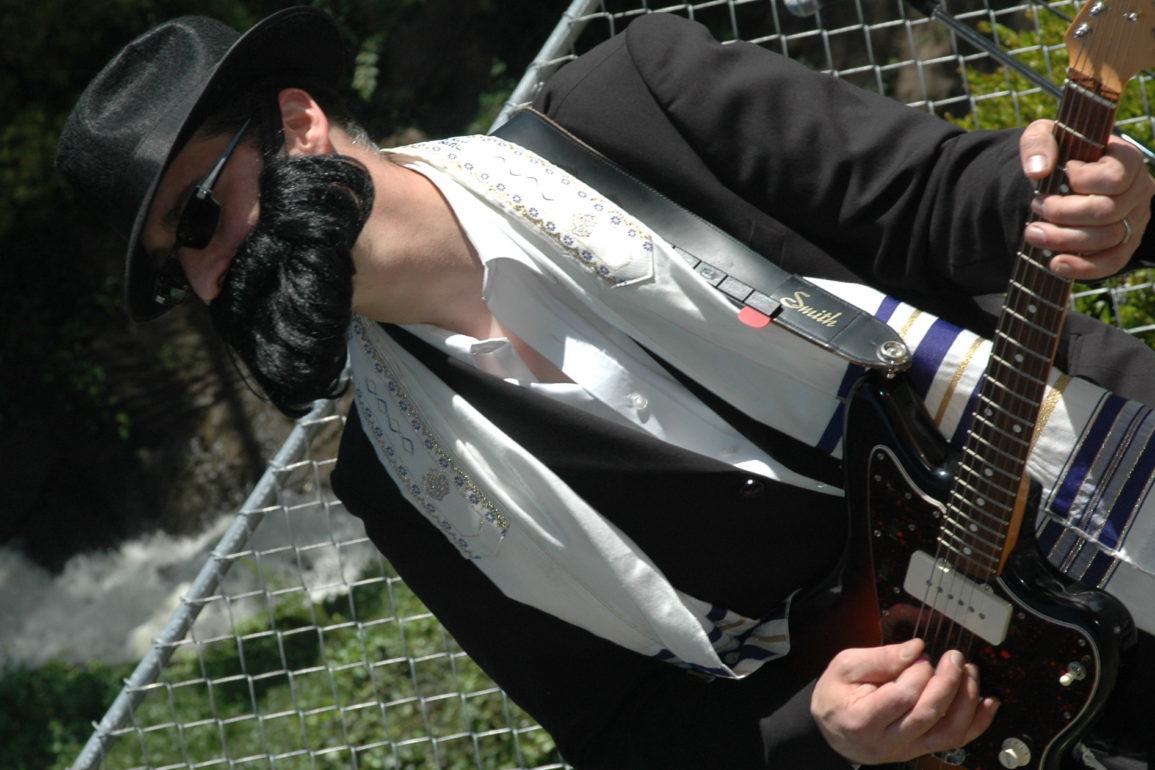 What The F*** Is Jewish Music?

Jewish music is a hard concept to grasp. It has no exact specification, no instrument that dictates its sound, no exact corridor in which to exist beyond the idea that it is a song loosely affiliated with Judaism. Some would argue that there are distinct Jewish sounds- instruments like the fiddle or clarinet- but they are only representative of a small time and place of Jewish history, not indicative of the whole. And that’s kind of the point.

It’s an open field. Theoretically any Jewish music could be by a Jewish artist, tackle a religious concept, implicitly involve liturgy, or any combination of these. Traditional Jewish music, by which I mean the music of the biblical Holy Temple, was choral songs of praise with additional instrumentation of wind and drums; possibly strings as well. Music was given an honored place in The Temple; with a specific gate for the musician Levites to enter through called the Shaar Hashir- The Gate of Song, a sort of stage door for its day. When the Temple was destroyed, with it went purely Jewish music. And ever since, a battle over “Jewish music” has raged.

I was raised in a musical home. My father is a secular folk singer and my siblings and I were all taught instruments from an early age. At the time I never gave any thought to dividing music into categories. My mother took me to my first real concerts around the time I was 9, one was for MC Hammer and the other was the Miami Boys Choir. I think it’s safe to claim that the only crossover in audiences for the two shows were Sudins. One concert I begged to attend, the other I was dragged to. I’ll let you guess which is which. Mom had been moving the family toward Orthodox Judaism, and this was the first time I was introduced to the idea of “Jewish” music being considered wholly different than other music. There were rules that went beyond the pentatonic scale and traditional rhythm. Rules that when broken would dub you “goyish shtus”, or as I like to call it, popular music.

I didn’t know this at the time, but the 1970’s had shifted Jewish music in a new direction. It was modernizing from Yiddish theatre, and many artists firmly established themselves as the only path forward, including boys choirs like the one I later heard. When I was 14 I attempted to go to an Orthodox Yeshiva, and they had strictly delineated what kind of music we were allowed to listen to, limiting us to only Jewish and symphonic music. I argued this point furiously, asking for advice on what “Jewish” music was exactly. Was it only music for Jews by Jews, where the singer is a male wearing a white shirt and black pants? But what about the electric guitars they used? Surely that isn’t traditional; Les Paul invented those in the 1950’s. And classical music- how is that acceptable? I could listen to Wagner’s Flight of the Valkyries with no problem but The Beastie Boys, who an urban legend claimed had attended a Yeshiva not unlike ours* are verboten? It just didn’t make any sense, and it’s no wonder I left that school quickly.

*The legend about The Beastie Boys having attended MTA is probably untrue but one person who actually did go to my Yeshiva was Dave Draiman, the lead singer of Disturbed, who had his own urban legend that he got kicked out of the school for lighting the principal’s car on fire.

On the other end of the spectrum, 20th century cultural Judaism championed Barbara Streisand, Bob Dylan and Leonard Cohen among the symbols of Jewish music. They were proud Jews (sometimes) and their content erred to the side of populist with just enough Jew-ish content to keep the fans happy and claim them as their own. After all, they were born Jewish, and that’s enough of a qualifier for many.

Only Shlomo Carlebach bridged the worlds of the secular and religious sounds, and his effect is seen throughout contemporary Jewish music. The late 20th and early-21st century opened floodgates for Jewish arts in general, with music leading the charge. John Zorn and record labels like JDub and Shemspeed made Jewish music cool again, and even celebrated some crossover success thanks to artists like Matisyahu. The wall between “Jewish music” and “popular music” became thinner and you could be a Jewish hip-hop artist, reggae singer, jokey 3rd wave punk band, Balkan swing, or reclaim your Sephardic roots through rock, just to name a few examples. And that’s just talking about the ones who fit all three categories of Jewish personhood, traditional liturgy, and spiritual content.

But what if you were an internationally acclaimed rock band who suddenly decided to tackle the concept of Judaism and the Jewish G-d with your third hit album? Well friends, this is how one might arrive at writing the greatest Jewish song of the 21st century.

Which brings us to modernism. Literally, Modern Vampires of the City (or as the title implies, Modern Orthodoxy of the Upper West Side). Whatever preconceived notions you may have of the band Vampire Weekend (don’t they write hipster Paul Simon songs about white privilege?), I want you to set them aside. Put on headphones. Calm you mind. And truly listen to the following song:

Stay tuned for Part Two, where we will analyze this song and further crack the code of its significance.