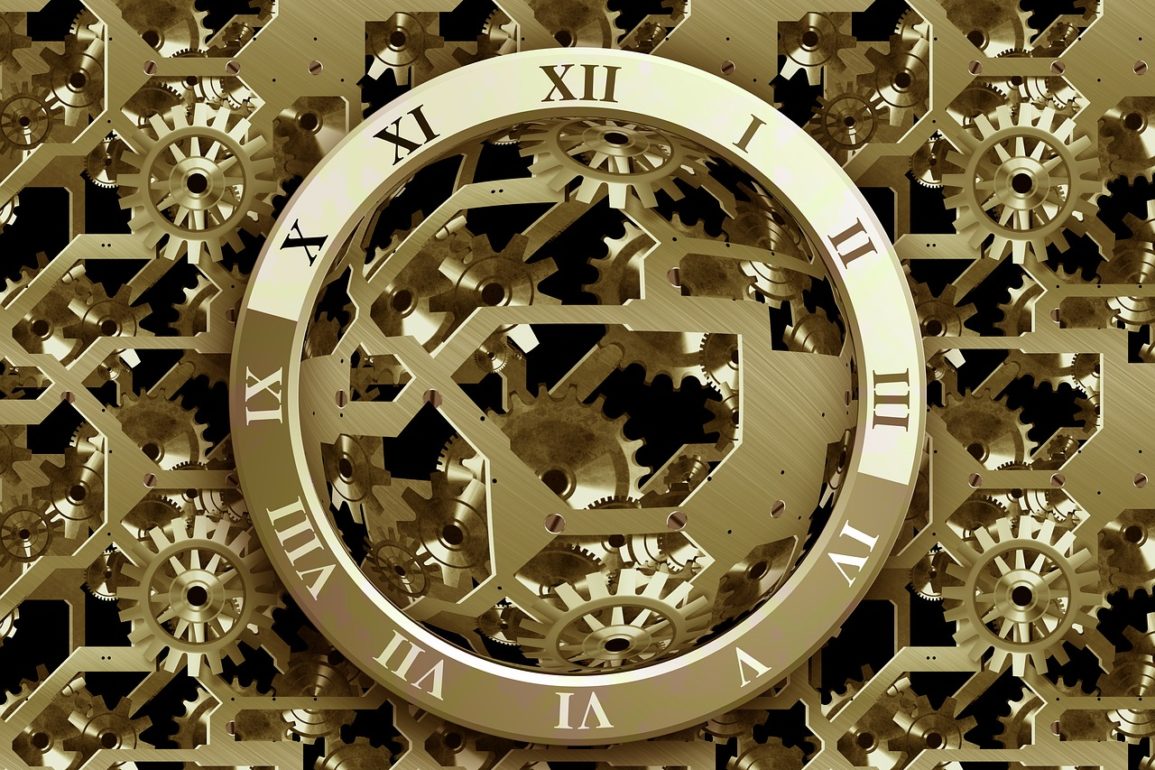 The (Space)Time Of Your Life

I never really liked my name.

I mean, sure there was a prophet I shared the moniker with, but I always associated my name with being the in-between placeholder Joshua had before he was “Joshua”.

But I never had the money, or the time, or the money to legally change it, so I trudged through life with this name chained on my back. Weighing me down, it felt like.

A lot of things felt like that for me. Like my job at one of the millions of Starbucks floating through the city like corporate green dandelion seeds, pollinating New York with overpriced caffeine and elevator music.
It was about 10:58 and I was closing up for the night when I heard the jingle of the door.

I gritted my teeth. Of course. There’s always that ONE customer who always manages to walk in at the last possible moment.

I looked up and saw one of the new regulars sitting at one of the tables, and instantly my annoyance dissipated. He’d been coming here a lot the last couple of days. A very vibrant older man. Somewhere between sixty or seventy, I’d say. But I definitely got the feeling that he was older. Full grayish-white beard against gingerbread brown skin. He was always very friendly, but I didn’t recall him ever buying anything. Just coming in, taking a seat at that same table, and resting his cane against his chair, amicably interacting with the customers and us baristas behind the counter for hours at a time before leaving. None of us knew his name, but he made sure to get all of ours.

“Hey,” I waved at him. He nodded back with a broad smile. I came from around the counter and walked over.

“We’re closing up soon,” I started once I reached the table. “Can I get you anything? It’d be on me.”

“That’s okay, Hosea,” he grinned again. “I really just came in to talk to you.”

It was my auto-defense mechanism response whenever the topic came up. My parents weren’t really very religious, but their parents had been, and supposedly we had some rabbis higher up in our family tree. But nothing really got to trickle down to me. I mean, I knew the basics. When the holidays were. Kept Shabbat sometimes. Was ingredient-checking kosher. Rudimentary Bible knowledge.

My dad had wanted me to go to a yeshiva, but just putting food on the table was a struggle sometimes, so the idea of paying tuition flew right out the window, and my Jewish education with it. I mean, I did a little bit of reading here and there. Sat through a lecture or two online. But nothing concrete. Defined. Structured.

So Judaism was always a sore spot for me. And probably always would be.

But the old man just smiled again, politely ignoring my self-deprecation, waiting for me to put it away into my pocket and start taking myself seriously.

“So…You believe all the stories in the Torah?”

“Well…,” I began. There was something that always hovered just over the surface of my bare-bones Jewish knowledge. Not something exactly like doubt, but a questioning of sorts. “Like, I don’t see how some things add up sometimes.”

“I mean, like,” I pulled a chair out and sat down across from him. “We were in Egypt for four hundred years, right? But when? Why isn’t there concrete archaeological evidence in Egypt? And then when Egypt does mention us historically, like on the Merneptah Steele, it talks about us as a nomadic people when by that time we’d supposedly already conquered Canaan and set up a kingdom. How did we go from 70 people to over 600,000 in under four centuries? And how can there be references to us building Pithom and Ramses when according to one Egyptologist we’d been there before those cities were built, and according to another the cities had been built long after we’d left? How could we have been in a desert for forty years and yet leave no evidence? How is it that we say we conquered Jericho, but according to archeology, there’s no record of Jericho having been destroyed during the time that we said we did it? How are we interacting with historical figures and nations who didn’t exist in the timeframe that we say we interacted with them? How are there camels in the Middle East before they were native there? How is Jacob dreaming about a ladder when ladders don’t exist yet? How do people and places have Aramaic names before Aramaic has been invented?”

He sat there silently as I spewed my questions in his general direction. It was like a dam had burst open and every doubt I’d had about the history of Judaism came pouring out. When I’d finished, he was still sitting there. Looking into me.

“And that He’s omnipotent and all powerful?”

“Also, yeah. Like, it’s all over Torah. Stuff like creating the world and the ten plagues and making the sun stand still and stuff.”

“Interesting that you gave those examples,” a twinkle gleamed in his eye. For some reason I couldn’t put my finger on, I felt like I’d just made a huge misstep and fallen into a trap.

“Well those are all examples of Gd mastering space. The physical world. But if you believe that Gd is all powerful, would He not be able to wreak wonders of both space and time?”

“I…Wait, so what, you’re saying that the Torah’s timeline is all wonky and ambiguous because Gd’s playing with time?” I snorted. “So, what, like the Clouds of Glory are like a Tardis or Bill and Ted’s telephone booth or something? Or is He just picking people up and plopping them down in random points along the timeline and moving them backwards and forwards all willy-nilly?”

“Why not all of the above?”

“What would be the point? Like, why purposely confuse people trying to figure out Jewish history?”

“The Torah isn’t meant to be a history book. It’s meant to be a book of laws and lessons. Why then, would you not reach across the expanse of time to provide situations to learn necessary lessons? Why would you not glean the best possible people for the job of guiding a nation regardless of wherever, or whenever, they might be?”

My heart was thudding in my chest. This was crazy. This old man was nice, sure, but crazy. I couldn’t look him in the face anymore, but I couldn’t pull myself away from the table. My mind was spinning.

I snapped my head back up and looked him in the face. And then I noticed that suddenly his cane wasn’t a cane anymore. It was a staff.

“Who are you?” I asked, barely above a whisper.

“I was a shepherd once upon a time. And then I was tapped to topple a king and bring Gd’s law to His nation.”

“No. No way. Absolutely not. You’re telling me…You are telling me that you’re THE Moses?”

“And I’m here to tell you that you’re THE Joshua.”

My heart skipped a beat.

“But my name is Hosea,” I said, panicked.

“Right now it is. And right now there is another me, a younger me, who is leading his people from Egypt. And soon he will need a right-hand man for the battle with the Amalekites that’s just around the corner.”

“But..No no no, in the Torah Joshua doesn’t come out of nowhere! He, he has a family background. Joshua son of Nun and all that stuff.”

The old man smiled at me again.

“Have you ever been called up to the Torah, Hosea?”

I stopped. My father had died a month before my bar mitzvah. The funeral arrangements had taken up all of everyone’s attention. After it was all done, my mother had offered to take me to a rabbi to learn for it, but I said no. With dad gone, my heart wasn’t in it.

“If you had, Hosea, then you would know that your father’s Hebrew name…was Nun.”

“But…Doesn’t that mean there’s no such thing as free will, really?” I started pleading, bargaining with him even, that everything he was saying was wrong. “Since I already know what I’m going to do?”

“Do you?,” his eyes crinkled. “You already know exactly what you’re supposed to do? What choices you’re going to make?”

“Well, yeah. Everyone already knows what I’m going to do and say. It’s right there, already written down in the Torah.”

“Okay, then,” he nodded, eyebrows scrunched in a show of seriousness. “When you meet the angel outside of Jericho, what will you say?”

“I, um…I,” I fumbled. I remembered there was some vague falling down on my face that was supposed to happen. And I bless the angel? I think?

“How many children are you supposed to have?”

“Ok, I know that I only have daughters…Seven, I think? Nine?”

“At exactly what part of the foot of Mt. Sinai will you be waiting for me? Next to which rock?”

My mouth opened and closed a couple of times like a fish gasping for air. There was absolutely no way to have the answer to that one.

“See? All you have is a vague blueprint of how your life is supposed to be and what choices you’re supposed to make. Not that different from anyone else, really.”

He slowly got up from the table and picked up his staff. He looked down at me, gently, wordlessly questioning if I would come.