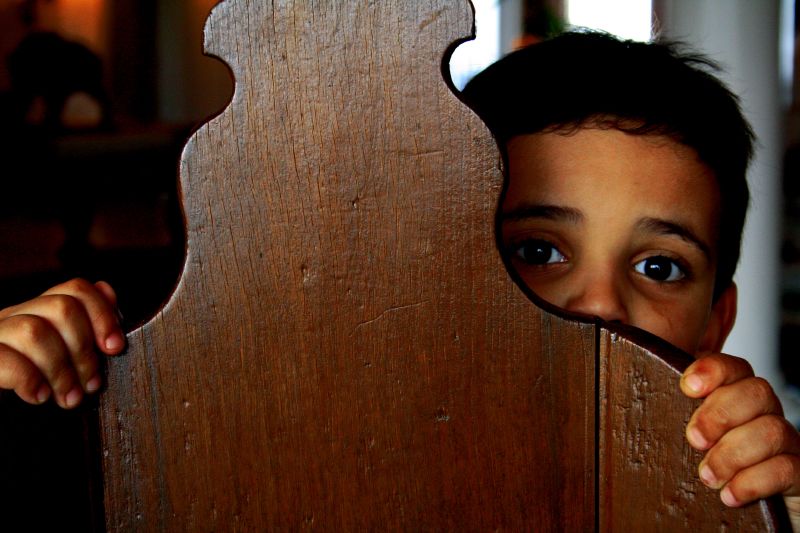 ROI Is My Nightmare

My left eye has twitched twice in my life.

Once it went on for six months.  It was when I was living in Israel, and my daughter was just born, and we were living in the ugliest apartment on earth whose landlord was harassing me (Israel, you understand), and I was looking desperately for a job.

Even when I got the job and we moved, that twitch didn’t go away for a little while.

The second time is now.

I’m at a posh, beautiful, amazing conference for Jewish “social entrepreneurs”, nonprofit folk, and other such wonderful, inspiring, intimidating people.  It’s called ROI and I don’t know what the letters stand for.

At this conference, they put us all up in a beautiful hotel in a picturesque area of Jerusalem.  We’re fed huge meals.  We don’t have to spend a dime on anything.  Yesterday, there was a dessert reception with the most desert I’ve ever seen in one place.

And yet.  My eye is twitching again.  It’s twitching right now as I sit down in the airy, sunny lobby to write.

Although it may be a mystery to you, dear reader, that my eye is twitching, to me it is no surprise at all.

I love to be alone.  Even when I interact with people, unless they are my closest friends or family, I prefer them behind a screen.  Online I’m a social butterfly.  In writing I’m a brave maverick (or so I tell myself).

But these conferences, they’re like a dreamworld for extroverts, for those folks who just love speaking to others.  The type of people that walk around this place with genuine smiles on their faces, not the forced ones I’m making and I’m sure others here are plastering on.

It’s a conference where you’re constantly expected, constantly working, to connect with others, to create powerful interactions between you and people who could help you accomplish your mission, whatever it is.

As I said, an extrovert’s dream.

And so an introvert’s nightmare.

Despite the posh surroundings, the beautiful hotel with its fancy light switches that turn on by you, like… touching them… the moment I walked into this conference, and I saw all the people, and how they were all shaking hands and talking and introducing themselves and smiling and laughing and asking each other’s names, I immediately felt my anxiety go from zero to a hundred.

It was around the time they had us do “icebreakers” that my eye twitched.  Say hello. Smile.  Laugh.  Try to make a joke.  Just keep smiling when no one laughs.  All of that in my head, all of that shaking around, making me more anxious, more in my mind… and suddenly… twitchy.

Finally, the speakers got up, and I could at least relax a bit.  I was still surrounded, but at least now I could hide in the darkness.  The speeches were all beautiful and inspiring, honestly, and so moving.  Nir Birkat, the badasss Jerusalem mayor that beat up a terrorist gave a speech, then took all the questions from angry Israelis he could.  Lynn Shusterman, who funds ROI, spoke with clarity and poise and dignity.  For a moment, I felt grateful to be there.

Then I looked around at all the people.   Twitch.  Damnit.

Finally, Joshua Foer, the keynote speaker came up to the podium.  I had no idea who this guy was.  Turns out, he’s the guy who came up with Sukkah City.  Also, apparently he’s living with pigmies or something.  And he built Sefaria (a “living library of Jewish texts”) with some Google dude.

In other words, this guy is awesome.

And as he spoke, he slowly brought us into his world, into his bubble of reality.  He described hunter-gatherer societies and how they can teach us about our own lives.  He told us about how Sukkah City came about simply because he was willing to take a risk.  He spoke with a clarity and depth I haven’t heard from a live speaker in ages.

And there was something in there, something in that speech, that, for a brief moment, stopped my twitch.  That slowed my beating heart down, that stopped my palms from sweating and my eyes from darting around the room at all the people.

He told us about the time he won a memory competition even though he had only studied for a year, and how he realized that it was actually not savants who won these things, but people who learned and practiced.

And the way they learned and practiced, (Just like any expert in any field, he went on to explain) was by pushing themselves beyond their comfort zones.  They worked on what they were bad at rather than just perfecting what they were good at.  They read and read and read from the experts in their world.  They practiced against people that were better than them at everything.

In other words, they practiced through deliberate discomfort.  They practiced, all of them for different reasons, but mostly from a desire to accomplish or be part of something larger than themselves.

And for that moment, for that brief moment, after he described all this, I had a sudden vision in my mind’s eye.  It was of Hevria.  This site.  My why for being here.  My cause.  My life, in so many ways.

I’m here at this horrific nightmare because I want so badly, I need so badly, to take Hevria to the next level.  I have a vision far bigger than a blog.  I want it to be a thing, like the way other people have things.  I want it to make money for the people who have sacrificed and will sacrifice their time, hearts, and souls to its mission.  I want it to bring out and nurture the inherent culture of creativity in the Jewish world that has not had a chance to burst forth until the internet came around.  I want it to be a safe place for all of us sensitive people who need a home, if not in real life, then at least online, where we feel totally embraced for who we are.

I want it so badly, do you understand?  I’m not twitching suddenly now, I’m crying, because I wish I could explain it properly to you, what’s in my mind.

And just like now, where I am getting a brief respite from my twitch (it will come back), that moment with Joshua speaking was my brief escape from my own nervous ticks and into the reality of why I came here.  The why that’s bigger than me.  The why that’s beyond any twitch or any feeling of anxiety or lack of desire to interact with others.

Since that moment, I have been working hard to push myself to be more than I am.  To push myself.  To take that lesson of uncomfortablity and bring it to heart.

Because I know Hevria cannot become what I want it to be without letting go of some of my hangups.  I know that I need to grow as a person to allow it to grow into what it’s meant to be, into the community I wish it could be.  Me, as myself, I’m not enough.  I need to be more.  I need to fight my nature, to grapple with it, and see what I am missing that can allow me to make the work I do be greater than my own limitations.

In other words, I need to be uncomfortable.  I must be.

Deliberate uncomfortability: that is the road to realizing our dreams, to fighting for our mission, to become the us we wish we could be.

Since that speech, I’ve connected with incredible people.  I’ve gotten advice I’ve never heard before.  I’ve learned things about running a site like Hevria that might have taken me years to get to on my own, if ever.  And that was over the course of 24 hours..

And so, as my eye twitches like crazy as I relive my yesterday, I also am confident in my present.  I am confident that a twitch might not be such a bad thing.  That nervousness might not be so bad.  That fear might be a sign that I am, in fact, headed in the right direction.

That maybe some nightmares are dreams in disguise.

And I’m thankful to Hashem, who somehow always knows how to freak me out while putting me in the right time and place.

Although honestly, Hashem, enough with the twitches, okay?