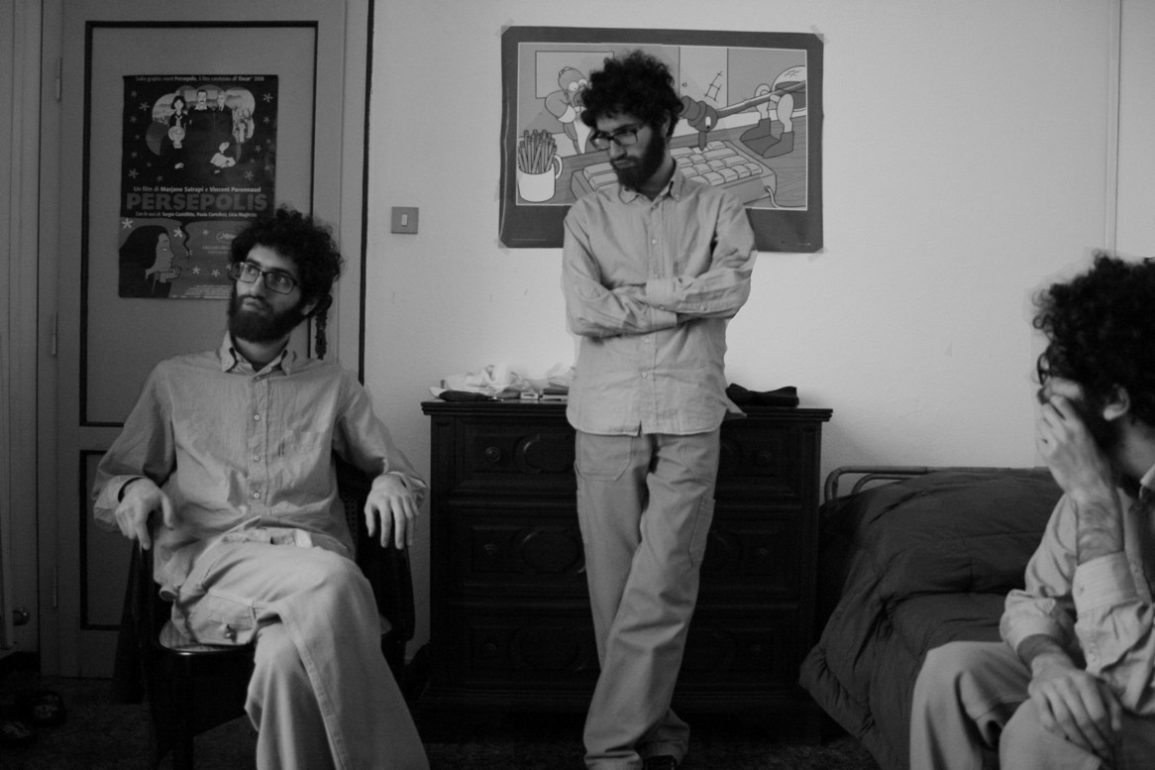 On Loving Jews Who Aren’t Jews

I had just left yeshiva, and I was dating the woman who would be my wife.

She had been a baal teshuva far longer than me, and she was now working at JSU, a program that went to high schools and started clubs for Jews.

There were even some people who just loved Jews and/or Jewish culture, and joined the groups because they wanted to be more around that world.

But the difference between those folks and the others was that the others believed they were Jewish.  And to them, it wasn’t necessarily a big deal what me or my wife thought because they lived in a world that dismisses our definition of what it means to be a Jew, for better or worse.

I remember my wife telling me one day, though… she was talking about a particular student of hers who “wasn’t Jewish”, “I could swear… she has a Jewish soul.  She’s just so full of this Jewish energy.  It’s incredible.  And there are others like her.  I love working with them.”

I was shocked.  She felt like they had Jewish souls?!  They weren’t Jews, who cared how they acted?  It felt like a sacrilegious thing to say.

I “pshawed” it and waved my hand dismissively.  But she just looked at me with this steady confidence.  “I’m not saying they’re Jewish.  But they are.  They are.”

I wouldn’t let her sway me, I was too fresh off the orthodox boat to let that happen, but there was something about that quiet confidence that shook me up a bit.

It was 6 years later, just a few months ago.  I’ve started this website called Hevria, and we’re this all-inclusive place (in theory), with bloggers from all different viewpoints, secular, orthodox, etc.

I’ve gotten over a lot of my hangups.  Towards the secular world, towards other Jewish movements, towards lots of prejudice that comes with wanting to throw yourself in a box when you find out how beautiful that box is.

I have become friends with a person online through Pop Chassid.  And like many of the writers I’ve recruited for this site, I can just tell she belongs on Hevria.  She writes like Emily Dickinson, in her fluidity and her rawness, and that’s just in my interactions with her.

And so I send her an email.  I ask her to join, practically begging really.  But also asking a bit about her and who she is.

She sends me a long, beautiful email, just like I knew she would.  It’s full of life and vibrancy and this incredible ability to see the divine in the mundane.  It’s art, this email, just like everything she touches.  And she just keeps talking about how much Judaism inspires her.

Then, at the very end, at the bottom, she says, “And by the way, I just thought you should know in case this is a problem, that I’m not Jewish yet, and I’m undergoing a Reform conversion.”

My heart dropped.  We practically have no rules on Hevria, but when I started it with [HE WANTS TO BE ANONYMOUS], we decided that there would be one rule we would stick with: only people who were Jews, only exception being someone undergoing an orthodox conversion.

It was a hard decision to make then, but we felt that it would violate another spirit of the site if we violated our own internal truths.  We don’t see inclusivity as valuable in and of itself: it has to be infused with moral and spiritual truth, otherwise it becomes its own idol.

F’ing easy to say that when you don’t have to deal with the email that I got.  Easy to yammer and spit out words of belief when you aren’t faced with it.

That’s what was easy about when my wife spoke about her students.  I was off the boat, I had no experience since becoming orthodox of these non-Jewish Jews (who would hate me, who will hate me even right now as they read this, for calling them that) who are so full of the beauty of Hashem, who radiate G-dliness in every single thing they do, more than 99% of the Jewish people I’ve met, definitely including me and [ANONYMOUS].

Despite it all, I emailed her.  I felt like Tevye, when he is confronted with his daughter marrying a non-Jew: “I’ve bent and bent and bent… but if I bend any further, I will break.”

“THERE IS NO OTHER HAND!” the voice inside of me screamed.

So I wrote the most painful response I’ve written to anyone.  I tried to explain it to her.  Tried to just tell her how much I value her, how I wish her the best, how I hope our relationship isn’t completely ruined now.

She wrote me back a few days later.  She told me she cried when she got my email.  That she understood and accepted (even respected) my decision (okay, maybe that’s proof she isn’t Jewish), but that it was so painful to be rejected in that way.

I cried reading her email.  We were so close and yet so far from each other in so many ways.  I wish I could do something, I wish I could fix something.  In my Tevye mind, I couldn’t, though, I couldn’t.  It just was.  And I’d have to confront G-d about it in Shamayim.

I was on the bus to the airport from ROI, a conference I had attended in Israel.  There were only a few of us.  One of them happened to be a young Brazilian lady who had given this incredible speech at the closing ceremony.

I off-handedly complimented her on her speech, saying it was beautiful.  She had mentioned in the speech that her father was Jewish and mother non-Jewish and they had let her choose her religion.  She had chosen Judaism.  I didn’t care, though, it was a beautiful speech.  And I was sick of trying to fake borders between people I respect, no matter our disagreements.

She asked to speak with me.  I came over and sat with her.

She asked me what I thought of her.  I asked her what she meant.  She said that she didn’t care if I saw her as Jewish or not, she knew the answer to that already.  I think, in retrospect, she wanted to know if I cared about her.  If I thought she deserved respect.

I kind of blubbered out a half-response, not sure what to say.  I did respect her.  I did care about her, in this weird way.  But it was coming out all filtered through orthodox belief, and so I wasn’t saying what was in my heart.

She didn’t give me a chance to keep blubbering.  She went straight into her story:

“I live in Brazil, and I fight for Jews every day.  We need to stay together, to stick together, because there are few of us, and the world is starting to change in how they see us.

That’s what hurts me.  That they won’t talk to me, and that they don’t respect me.  I’m not just fighting for one kind of Jew, I’m fighting for all Jews.  In the Holocaust they didn’t care if your mother wasn’t Jewish, they just cared if you were ‘infected’ with Jewish blood.  I would have been killed in the Holocaust.”

Instantly, my heart broke into a thousand pieces and I melted.  It was all true what she said, about how some orthodox communities can close themselves in that way, in a way that can be self-destructive.  About how she deserved respect, and dialogue, and love.

And for the first time I really understood what my wife meant.  Here was a Jew.  Right in front of me, in the flesh, just like her students.

At least through email, I could still deny the Jewish-ness to a certain extent.  I could turn off the computer and look away when it got too hard to deal with.  I could walk away.

I was on this bus, and this young woman wouldn’t let me get away with that.  She wanted me to look at her, to see into her soul, to stop closing my eyes.

It’s something I can’t put into words or explain.  I have no intention of trying to overthrow the orthodox dogma or my own beliefs or to change my own definition of what a Jew is.

Inside of it all was something I couldn’t deny: the spark of a Jewish soul.

I think that’s why I was dismissive in that moment when my wife said what she said.  I think that’s why so many in the orthodox can respond similarly, and perhaps part of the explanation for some of the more insular communities.

Imagine if you didn’t just have to address the beauty in someone, but a shared identity.  One beyond being human.  One more specific.  Beyond culture.  Beyond reality.

That might be too much for some.  Too much, because they’ll think they need to give up what they believe.  They’re afraid they’d break, like Tevye.

And it’s interesting, because my definition still hasn’t changed.  If my daughters feel in love with one of these Jewish sparks, I wouldn’t want them to marry those Jews.

One of the strengths I feel like I’ve gained as a Jew guided by Hasidim on his journey is a certain tolerance for paradox.

The world is real, but it actually isn’t.  God is infinite, but also finite, or else it wouldn’t actually be true infinitude.  References to God’s hand are both metaphorical and literal.

I simply have no choice.  I love God.  I love truth.  And in both halacha (orthodox-style) and people, I see infinite truth and God.