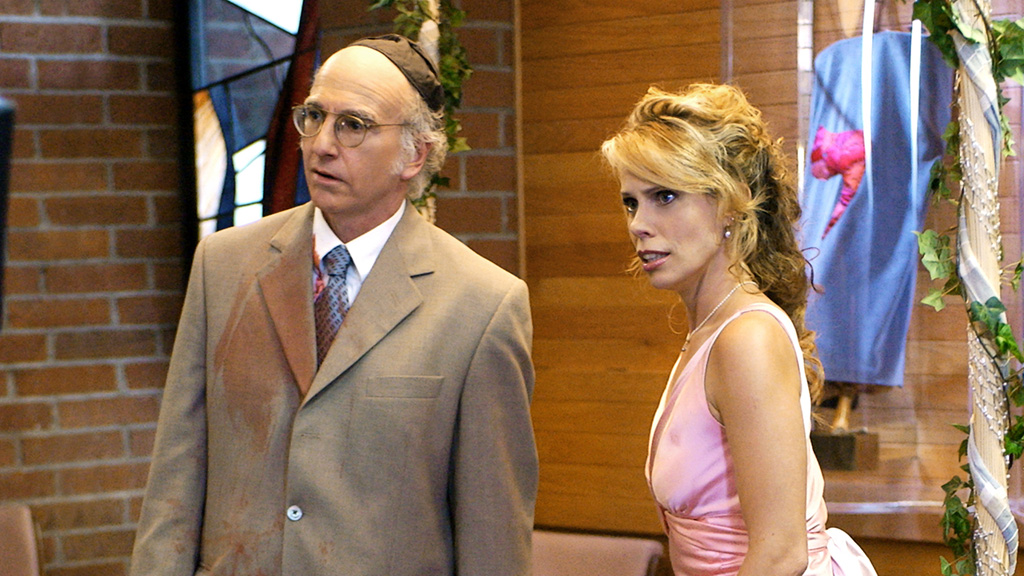 What To Do When Jews Are Worse Than Jerks

Yesterday, Matthue wrote about the difficulty of realizing that yes, some Jews can be jerks.

And many people, in their responses tended to say things like, “Well, yes, of course there are Jews who are jerks!  Every group has jerks.  It’s not fair to rag on Jews for having jerks.”

And this goes beyond just jerks.  We’re talking about sex abusers being given refuge by leaders of communities.  In other words, institutionalized evil (even if they think they’re doing the right thing, which is questionable).

There’s no need to lay out everything that’s wrong with the Jewish world here, though.  There are plenty of publications out there that make their money by doing that, G-d bless ’em.  Some of ’em are so good they even make up their own stories!

But there is one thing, one thing that I think is not spoken about enough.  Because when a story comes to light, when some scandal happens, or when it becomes clear there are problems in the Jewish world beyond just jerks, and into evil, and not just evil but evil that is culturally approved of and institutionalized… something will happen to us, something that will end up defining how we live as Jews, how we approach our community, and how we will set an example to our children and the people around us.

And that is: our reaction.  I’m not referring here to the external reaction (how many bad guys we lock up, how much we work to change our culture, how much we learn to evolve and grow as a people).  No, there are also plenty of publications that like to talk about that, G-d bless ’em.  Just like the venerated institutions of American journalism, they like to keep us focused on our external battles, the ones that can be focused outwards and away from ourselves.

No, what I’m talking about is our internal reaction.  When a story comes, a negative one, and hits us, right in the gut, and takes our breath away: how does our mind process it?  When you find out about yet another sex abuse cover up, how do you act?  When your Jewish landlord treats you worse than dirt, how do you react?  When a rabbi you trusted doesn’t live up to that trust, how do you react?

I would argue that there are two main reactions people have in such situations:

One of the most all-pervasive is the inclination towards cynicism.

When we are confronted by the negativity, especially the institutionalized negativity, it becomes almost impossible, if we are honest with ourselves, to not get a bit cynical.

How is it possible to see people who are supposedly the leaders not be leaders and not be cynical?  To see leaders act like children, or worse, criminals?  To be part of a community that claims to be better than the world, and it’s just so much worse (at least, in some specific ways)?

Cynicism seems like a perfectly natural internal reaction to this awareness.

The natural result of cynicism is disengagement.  We step aside, and say stuff like, “It’s the Jews, not the Judaism,” which is a far more cynical statement than people realize.  It essentially pushes us further away from our fellow Jews, with the belief that <shrug>, there’s not much we can do for their poor souls.

On the extreme end of the spectrum are the ones who have become so cynical that they are almost completely disengaged.  The ones whose main (most likely justified) engagement is their extreme anger at the communities they have left.

Then there’s the second way of approaching these issues: forced naïveté.  This is the world of people who, faced with the reality that their community is not perfect, and seeing it attacked by all sides, choose to ignore the problems they see, and assume instead, that the world is wrong, the accusers evil, and the community perfect.

This reaction, in fact, is not so different from the cynicism.  It is an attempt to deal with these revelations by not dealing with them. Rather than becoming overly-obsessed with blaming their community and culture and leaders, they become overly-obsessed with blaming the world that blames their community.  Suddenly, the dichotomy between “secular” and “religious” become black-and-white visions of good and bad.  Or “liberal” and “us who just arrived off the boat from the shtetl we idealize”.

Cynicism chooses to disengage by mentally separating an individual from his community.  Denial disengages as well, but in a different way.  It disengages from the reality that stares them in the face.

Both, in other words, place the onus outwards.  They are blaming attitudes.

I would argue that the outward focus of each is why we have so many publications that are so all-pervasively focused one external action.

Or: “Let’s look at this awesome part of being in our community.  Oh dear, aren’ we perfect? OH, AND BY THE WAY THERE ARE SOME EVIL PEOPLE TRYING TO TELL US WE’RE NOT!”

And, in my opinion, they are, in their own ways, normal reactions.  But they are not healthy reactions.  They are not sustainable reactions.  And they tear at the very structure of our society.

What we need, then, is to have a another paradigm, one that does not revolve around blame, but around responsibility.

One that says, “I won’t close my eyes to the fact that these things are happening.  I will not live in denial.  I won’t defend evil to preserve my sense of identity.”

But one that also says, “I won’t let this hurt my sense of identity at all.  I will, rather than seeing it as a moment to leave my Jews, to only hang out with what I consider to be “good” Jews, I will be motivated to engage further and deeper with my Jewish people.  I will fight, if necessary.  Even fight my own people, to achieve the change that needs to happen.  I will speak up about that change.  I will be strong.

“But I will do all that with a love, not a hate.  My goal will not be to shame my fellow brothers and sisters.  I will instead act like a brother with a sibling who doesn’t behave, the kind who hurts his family in the process.  I will act with strength and conviction and a never-ending wellspring of belief that this brother of mine, these brothers and sisters, all of them, are good and deserving of love.

On a side note, the shift in power structure brought to Jewish culture by the internet that I mentioned in my last post, has given us an opportunity to truly enter a phase of this new paradigm with new strength.

Organizations like Jewish Community Watch are a perfect example of this eyes-open, engaged, positive approach to the uncomfortable reality we are all facing today.  They are fearless in challenging the establishment while not actively working to disempower it.

For the first time in history, we as Jews have the ability to truly be active players in many of the ways we may have never imagined before.  And we don’t have to do a revolution, we don’t have to change the world, we don’t have to become cynical or naive.  All we need to do is love our fellow Jews.