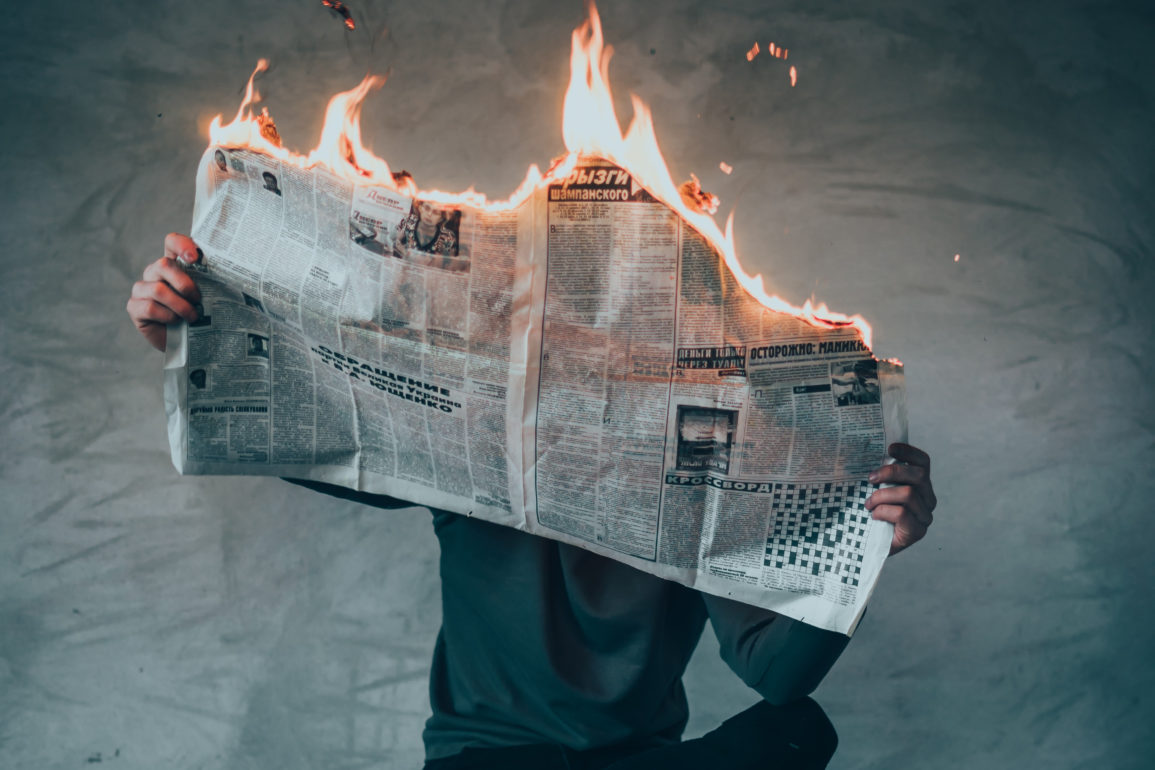 Yes, I’m Bitter: On Being Political, Orthodox, And Traumatized

For so long, politics has felt like a noose around my neck.  A thing I wore because I had to, but that, at any moment, with the wrong step, could strangle me and all that I am.

I can feel it even now, even as I get off a jump into the Twitter world, seeing that the president again used Jews as a shield for his racism.  I tweeted four things over the last hour before writing this, two of which I deleted.  Those two were bitter yells into the night about the failure of the Jewish organizational world and the cowardice and moral failure of the Jews who think that if they throw themselves behind this evil that they’ll be protected from the wrath that was once thrown their way.

The bitterness is there.  It is real.  It is alive.  And I suppose more than a noose, it feels like if I keep letting it grow in me that it will turn into a poison, killing me slowly and turning me into a husk of who I once was.

So much of this discussion is about realizing the horrific failures of others.  I want to rage against Jewish institutions because I want them to do more.  I want them to be better.  And I am so deeply disillusioned and broken, and my heart truly turns hard from realizing that the moral compass of our generation is so broken in so many ways.

I am also still reeling from the whiplash of having joined an orthodox community that once taught me the beauty and power of the soul, and then taught me that communities that think it is only their souls that matter will eventually turn into self-interested places where they fight only for themselves.

I am sick of it.  I am truly and utterly disgusted by it.

I know that these are the minority of Jews, and as I have joined the forces of liberal Judaism, it has been easier for me to see this, to breathe it in, and to allow it to soften my heart.

But the softness, to be honest, is not enough to counter the hardness.

The hardness partly came to life because I needed it.  It didn’t even start with politics.  It started with intra-community politics.  A piece of string.  An eruv.  A big controversy.  A man who thought that he cared about achdus and who tried so hard to hold onto his love for the Chabad world even as the Chabad world called him “the same thing as Reform”, a Chabad world that literally spit on his friends for using the eruv, a Chabad world from which he heard the stories of one of his formative mentors chasing Jews with children and yelling at them “NAZI!” for living differently than him.

I saw that one-time mentor only weeks ago, and he wanted to hug me and I told him no, and I left the building because I couldn’t even sit in the same room as him, I couldn’t bare to pretend that I wanted to do anything but yell at him and tell him that he was now in the story of my loss of Judaism, or the part of Judaism that I thought was real, the part where unity actually existed and where good men were not just actors trying to get you onto their side; dishonest missionaries with defiled messages.

The hardness set in then because the trauma happened then.  When the Jews who told me I was home told me they were kicking me out of the house.

And so, I suppose, that leaving, and that trauma, opened me up to the idea that maybe there is more wrong than I had let myself see before.

And then, by divine providence, the election happened, and that gave me the opportunity to see all the ugly things at once, and since I had not accepted my trauma yet, it became another moment when I allowed the disillusionment to turn my heart to stone, to turn my anger into ice, to turn my morals into weapons that I would slash and burn the others who dared defile the sacredness of the true vision of God, the God who has created us all, instilled divinity in us all, be we migrant, Jew, queer, immigrant.  My highest morality, my deepest beliefs, had been turned into edges that grated within me as I saw the people who I once thought shared that vision defiling it, spitting on it, and meanwhile endangering the most vulnerable, openly celebrating that endangering, or rationalizing it.

I had given my life to them. I had given up everything to them.  I had named my daughter after their foundational Hasidic text.

First they had wounded me.  Then they looked on in celebration as a city got an embassy while real people were rounded up in camps and people fleeing for their lives lost their children.

I want to scream it from the rooftops, I want to let out this anger and energy, but I can’t because the more bitter I get, the less free I feel to yell. It’s more the strangled cry that comes from drowning.

Something has come over me recently, as these screams have bounced inside of my brain but haven’t found an escape.  I’ve started tapping into other voices, ones that didn’t come with the baggage of making the inner wounds ooze with the puss and blood contained within.  It started with eastern religion, and while that began the journey, the next voice hit me far deeper.  It was Martin Luther King Jr, a man whose sermons once reminded me that social justice and religion could be reconciled… or were, in his mind, united.

It was in this return to his voice, though, that caused something to resonate deep down.  Something in his message, as the pain of what happened, the disgust of seeing the empty morality all around, and the need for some sort of reconciliation of it all, that I found a message that didn’t just resonate.  It rang like a bell, ringing out ideas that had been bubbling up in me, but that were finally being guided with the forcefulness of a voice that has resonated over the decades as clearly as when they were first uttered.

That the world is dark.  That good people do do evil.  That the religious are often the ones who fail worse than the rest.  That the innocent are consistently stepped over in favor of tribal concerns.

And the but is everything.

But, King would go on to say, whatever those religious people may do or not do, God is with those who care for the downtrodden.  Who work to protect the widow, the orphan, the stranger.  Who see the divinity in all humankind and who seek a messianic vision where peace reigns and we see inside of people’s souls instead of the skin they have draped over their bodies.

That was what “I have a dream” was all about.  A messianic dream.  A dream of utter beauty.  One that acknowledged the dark while holding onto the highest ideals that, if people rose to the occasion, spread through the “co-workers of God.”

For so long, I had heard religious leaders misuse God, abuse God, lie about God.  To hear a man who was so clearly divinely inspired, so clearly a messenger of God, speak both of darkness and of light was the first step towards a melting of my heart.

The second was when he repeated in so many speeches that we “must not let bitterness take hold of us.”

I imagined what he went through.  The beatings.  The jailings.  Living in a world where blacks had separate bathrooms, and where a governor thought he was being a good man when he stood in front of a school and promised the world no blacks would enter their white schools.

A world where the religion he so deeply believed in had its most prominent leaders arguing that blacks were less-than.  A church that betrayed its own mission and denied the divinity of its most beautiful people.

I imagined all of this as he asked his flock not to be bitter, and I thought of how much they had to be bitter about, and how my worst trauma derived from a piece of string.

And a small part of me started to finally turn from ice to warmth.  From hardness to softness.  From anger to resolve. From bitterness to strength.

It only existed for moments, and still, as my tweets have shown me, the bitterness is so strong within me.

But I know, I know, that there is more for me, that there is a different path for me. It may still appear “divisive” and “too strong” and “angry” to others.  So it will be, but what matters is the reality that exists in my heart.  The truth that I cultivate.  The beauty that I nurture, even as I see the ugliness around.

And I am grateful.  Grateful that I know now, at least. And that, if the brave listeners of Martin Luther King’s sermons, who had gone through so much, could learn from him, that I may be able to as well.