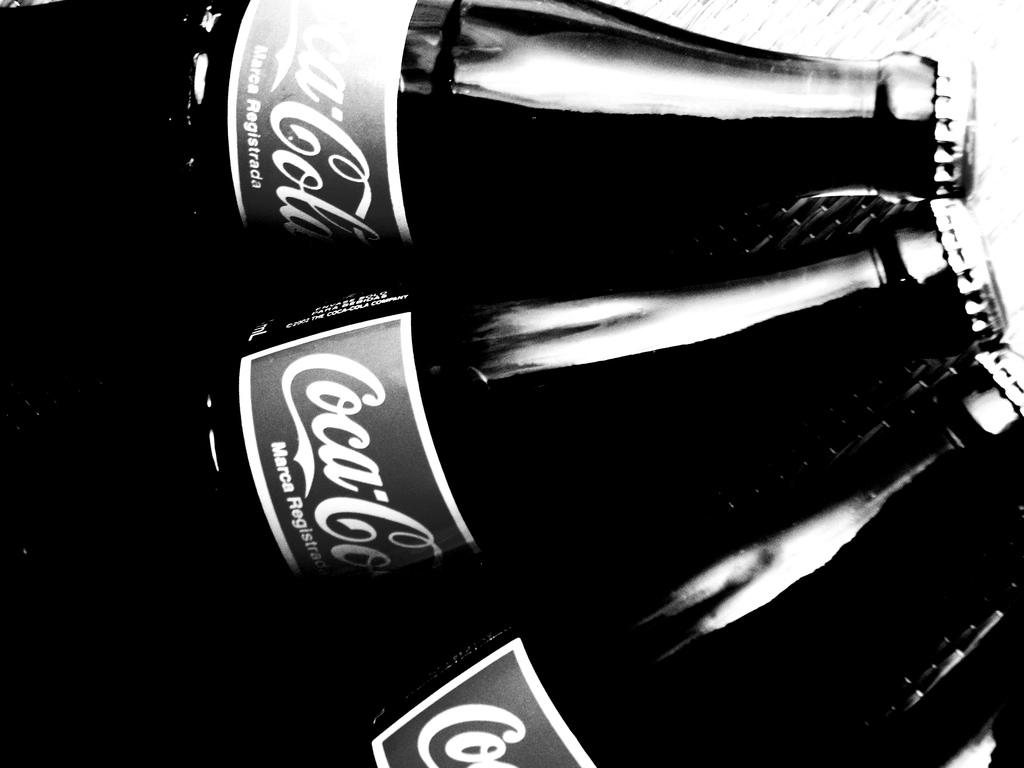 My Brush With Idol Worship

It all fell apart for me when I saw the swami drinking soda. No sugar was allowed on the premises of the ashram. They also didn’t allow onions, garlic, dairy, meat, and (I think) tomatoes. I was already pretty sure that the swami was a buffoon, and then I saw him walking across the field drinking a can of Dr. Brown’s Black Cherry.  That about clinched the deal.

I had gone to live and work in the ashram for a month–it was a Christmas and January between college semesters. I was convinced at that point in my life that if I would only learn how to meditate, I would maybe stop putting my foot in my mouth and get some impulse control. My early 20’s were a whirlwind of writing papers in the middle of the night, offending people, and getting drunk–all in equal measure. I couldn’t hold on to romantic relationships because I hated myself. All these spirituality people seemed so enlightened–I thought that a month at the ashram would solve some of my problems. I would come out of there collected and patient, and no longer with the desire to binge eat chocolate pudding. I had no money, but the ashram offered a work-study program for month-long residencies. It seemed like a sweet deal. Except when I got there, I met the swami.

“What’s so great about this guy?” I thought as I watched the other ashram residents, a group of about four middle-aged women, fawn all over him. I had never seen a grown woman bow down to a man before; it was something straight out of a bad Biblical dream.

It became clear to me from day one that “yoga philosophy” class–a privilege for ashram residents–was a class given by the swami about how great he, the swami, was. “I’m never going to get enlightened like this,” I remember thinking. “How am I supposed to learn anything when all we talk about is this bozo?”

If yoga philosophy class was not my jam, maybe I would find enlightenment through the daily chores involved in maintaining the ashram, which were promised to also be a path to enlightenment. Grunt work I was used to doing; I figured the work aspect of the ashram would be the most natural part of living there.

Indeed, lugging around fire wood was pretty fun. The afternoon that I got to spend hauling logs in the winter mountain air accompanied by an extremely calm Tibetan woman was the best time I had at the ashram. It was what I had envisioned: Honest work in the outdoors and the silence and stillness of the white and grey mid-winter. I started to feel like maybe I could do this ashram thing. But then I had my next duty.

Someone had to man the altar and chant to the idols every waking hour of the day, so all the ashram visitors and residents had to take shifts. When it came time for my shift, I was glad to be doing a job that didn’t involve cleaning. Somebody gave me a card with the chants on it, and taught me the melody. Then I had to sit there for an hour chanting to an elephant man idol. The pros of the job were that I got to be alone in a quiet place where I didn’t have to listen to the head middle-aged woman chirp about how much she loved shining the bannisters of the staircase.

It was a familiar sensation, walking out of the altar room after my first official hour of idol worship. It was one I knew well in my early 20’s, a familiar mixture of shame and wonder at what the hell I was doing. There was no flash of light or rumbling from Heaven; I just had this depressed sensation that was a lot like waking up hungover with deep, unnameable regret.

On Christmas night the idol worship took a pan-religious turn. After eating a feast of chestnuts and brussels sprouts, the many Christmas to New Years guests of the ashram and the few residents gathered on the floor of the main yoga room for a Christmas carol and kirtan sing-along. Have you ever heard Christmas carols accompanied by harmonium? If not, consider yourself lucky.

Maybe the white guy who played the harmonium that night just wasn’t very good; for all I know when played by a bona fide Indian harmonium master, it might be a beautiful sound. The night of the ashram Christmas jamboree, it was very, very bad. Imagine the most out-of-tune accordion you’ve ever heard and multiply it by three.

Everybody got Christmas carol/idolatry song books. The head middle-aged woman (HMAW) stood before the room and attempted to rouse us all into joyful song. The night wore on. An hour passed and we were still singing. Another hour passed and the harmonium guy just wouldn’t let up. HMAW was resolute in her conviction that everyone would sing and keep singing, no matter what the hour. Midnight passed and there HMAW was, standing tall and singing through her nose. I had never even heard of most of these Christmas carols; we had gotten into the really deep, religious cuts. At one a.m., I made an executive decision to slip out and go to sleep.

In the morning at the all-ashram meeting, before dawn even broke, HMAW was visibly miffed. “Some people missed out on the sing along last night,” she crooned. “It’s a real shame. You don’t know what you missed.”

I knew what I had missed: Spending the night singing about baby Yoshky and the elephant man statue. I did my work the following days and went to all the mandatory yoga practices, but mostly just wanted to disappear. I spent my free time alone in a dark room trying to figure out exactly what stunk so bad about the ashram. I decided to share my concerns, about–you know–being Jewish, with the swami.

It came as a surprise to me when the swami said to me, “I’m Jewish. I went to yeshiva. I grew up laying tefillin. I can tell you that this is the path.” The swami, adored and pampered by four middle-aged shiksas, was Jewish. Of course he was Jewish.

“Give me fifteen minutes to think about it,” I said. I went up to my room and packed up my bag. I grabbed the keys to my truck. On the way out, I knocked on his window and said, “This isn’t going to work out. Thanks for everything.” Before he could even shake his orange robes, I ran to my truck and ripped out of the parking lot. I had only been in the ashram for a week, but I felt like I had escaped from the zombie apocalypse.

I called my sister from a pay phone on the road. It was New Year’s Eve and her house was on the way home. I ate some crumb doughnuts from a country store. They were my first taste of sugar in a week and they were really, really fatty and good. They were still playing Christmas songs on the rural radio stations. “Grandma Got Run Over By A Reindeer” came on and I improvised my own little Christmas carol to the tune: “I saw the swami drinking soda/I thought that sugar was outlawed here/I thought that swamis only ate lentils/But I’ve been proven wrong once again./There’s krishna, vishnu, shiva, and ganesha/They sit up on the walls like pretty ghosts/We sing ohm shanti shanti shanti ohm/I think that I might want to go home.”

My sister and I went out to a local-yokel bar that night. They stopped the music at midnight so that the ladies could count down from ten and yell, “Happy new year!” A pierced and tattooed bar maid passed out plastic cups of cheap sparkling wine. I spent the rest of January break babysitting for the children of my mom’s friends. I didn’t go back to college feeling particularly cool or enlightened, but it was better than the alternative.